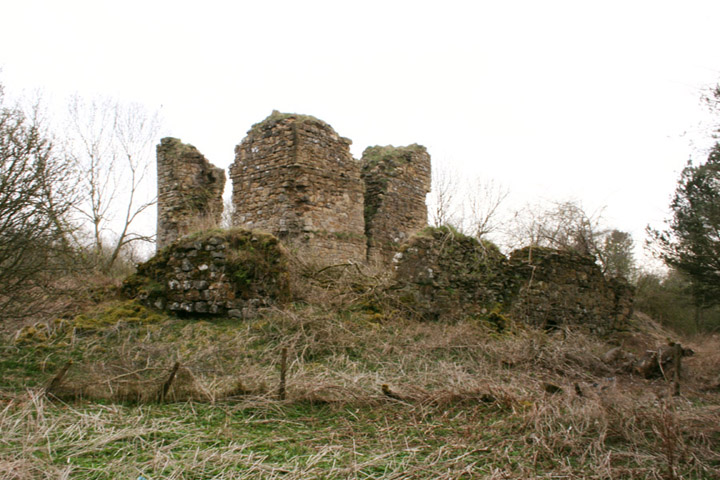 Lochore Castle today is a very ruinous and neglected site at the entrance to Lochore Meadows Country Park. However it has an interesting history and has seen many changes over the years.

In 1160 the Scoto-Norman knight Sir Duncan de Lochore built a motte-and-bailey castle on a peninsula at the south-east corner of Lochore, sometimes known as Loch Ore or Loch Orr. Sir David Lochore is recorded as having been born in Lochore Castle around 1210, and his daughter was born there around 1240.

Some time prior to 1296 an Adam de Vallance or Adam de Valloniis, another Norman nobleman, married a Lochore daughter, and took possession of the castle. He set about building a new castle on the old motte, which was completed around 1308 and known as the Castle of Inchgall. They may have lived at Old Lochore Castle during the construction of the new castle. Inchgall Castle is recorded in charters of 1384, 1393, 1407, c1410 and 1547.

This new castle featured a central tower rising to a height of four storeys, almost square in plan measuring around 10.4 metres by 10.8 metres. The doorway faced to the west, although this is now buried along with the whole of the ground floor below earth accumulated over the centuries. 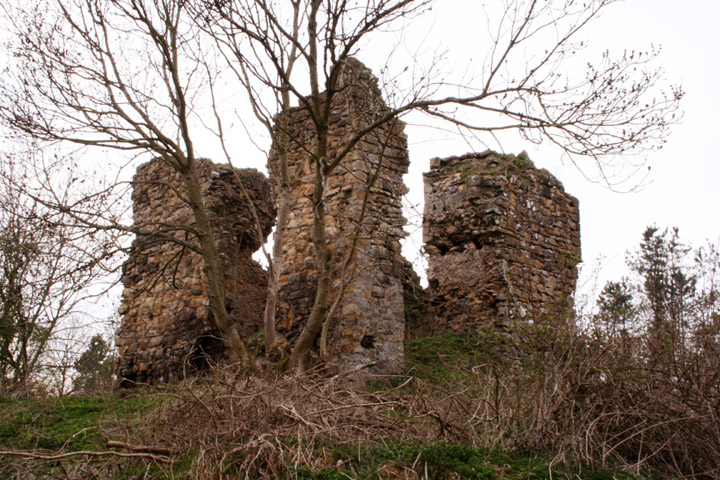 Interestingly a second doorway at first floor level gives access through the large fireplace of the main hall. No traces of stairs from the ground floor to the second floor are evident, suggesting that they were made of wood. However there was a stone staircase within the thickness of the south wall leading from the second floor up to the battlements and the third floor garret. 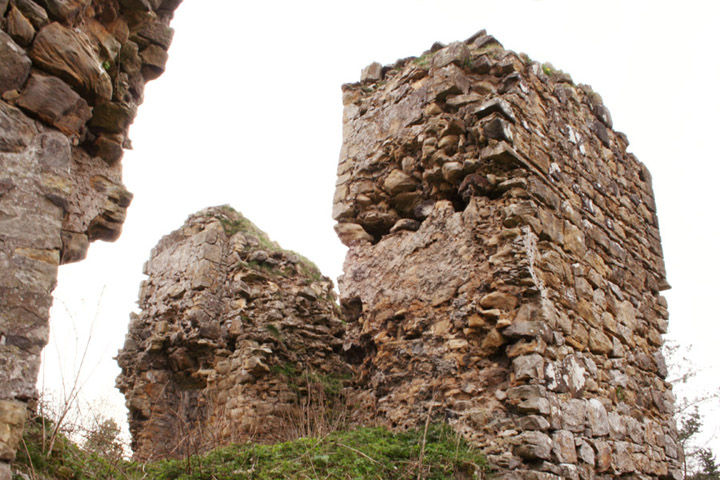 Surrounding the castle was a barmkin wall, irregular in shape as it followed the edge of the peninsula. The barmkin measured approximately 37.8 metres at its widest point from east to west, and around 31.7 metres from north to south. Surrounded on three sides by water, the approach to the castle was via a causeway to the east.

The gateway through the barmkin however was located on the west side, requiring any would-be invaders to make their way around the wall on a narrow strip of land (apparently just 8 paces wide) next to the water. At the north-east corner of the wall was a round tower, overlooking the causeway.

To the north and west of the square tower were various ancillary buildings, none of which are now obvious, but which apparently still survived up to a height of a metre in the late 19th century.

The castle remained in the de Valloniis family for over a hundred years. Around 1417 the heiress of Lochore, Christian de Valognes, married Sir Andrew Wardlaw (later created the 1st Lord of Torrie), and the castle passed into the Wardlaw family. Their son, Henry Wardlaw, would later achieve fame as the founder of St Andrews University in 1411.

The name “Robertus de Wardlaw” or “Robert Wardlaw” was apparently inscribed above the doorway of the main tower, and he apparently “made considerable additions to this castle”, possibly in the 15th century.

In 1547, when the Earl of Hereford led English troops into Scotland during the “Rough Wooing”, Lochore Castle was at the top of a list of “the four strongest castles in Fife”.

At some point the castle passed from the Wardlaws into the hands of the Edgar family, then John Edgar sold it to the Malcolms of Balbedie in 1656. It was a Malcolm who changed the name of the castle from Inchgall to Lochore, as he set about changing many of the names on the estate.

By the time the Malcolms built the nearby Lochore House (demolished in the 1960s) they had already abandoned Lochore Castle, and it was falling into ruin. In 1791 the castle was still enclosed by the courtyard wall, and some of the ancillary buildings still existed. It was also still surrounded by water, but in the late 18th century a Captain Parks bought the estate and drained the loch so that he would have more grazing land for his cattle.

Today it is a sad and overgrown site, with few hints of its grander past. Trees, bushes and weeds have taken over, and the tower has split down each wall leaving it in a precarious state.

Where is Lochore Castle?

Lochore Castle is in the parish of Ballingry and the county of Fife.