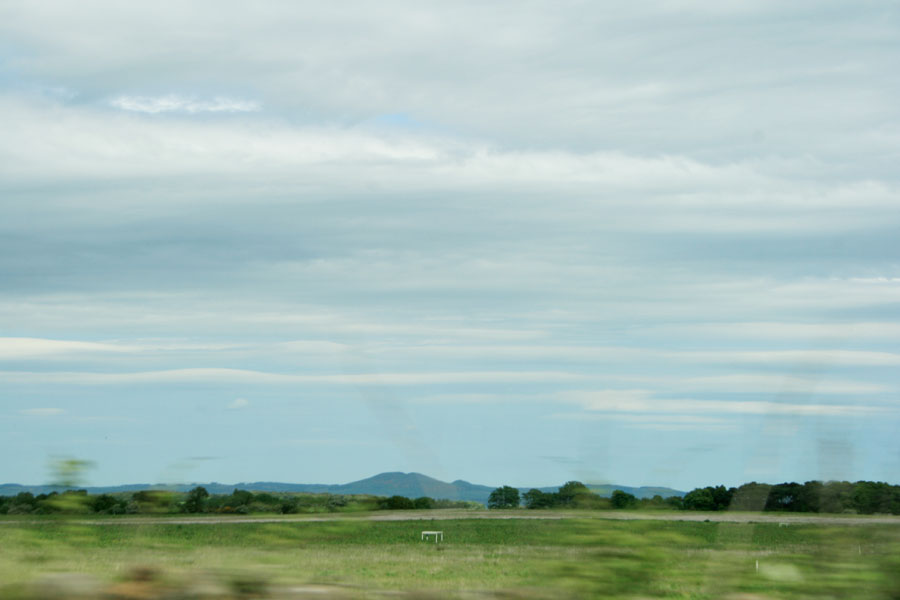 This standing stone stood in a field in between the A921 and the A915 (named Standing Stane Road) until it was removed in 2004 for the extraction of coal. The stone stood to a height of 1.80m, and upon excavation it was found to be sitting in a socket 0.90m deep, cut into the sandstone bedrock.

The stone itself is red sandstone, weighs 5 tons, and measures 1.00m wide by 0.50m thick. Next to it was found a pit containing cremated human bone, and four further (damaged) cremation pits were found around 20m NE of the stone. Carbon-dating suggests the stone was erected around 2000 BC.

The stone was removed completely following the excavation, and stored on-site on pallets. It was estimated that it would be re-erected in 2007 following the end of mining in the area, however despite the site being returned to pasture, the stone remains down. The long-term plan is still to re-erect the stone and ensure easy public access, but as yet that has not happened.

Bogleys is in the parish of Kirkcaldy and Dysart and the county of Fife.

bed and breakfastKirkcaldy
3.5km away

bed and breakfastMarkinch
4.6km away