Today we visited Dirleton Castle in the picturesque village of Dirleton, a few miles west of North Berwick and 19 miles (31 km) east of Edinburgh. The castle is approached through a gate in the 19th century boundary wall – built to protect ornamental gardens which apparently feature the world’s longest herbaceous border.

Once through the gardens, the castle comes into view, standing on a rocky outcrop, partially-hidden by trees. 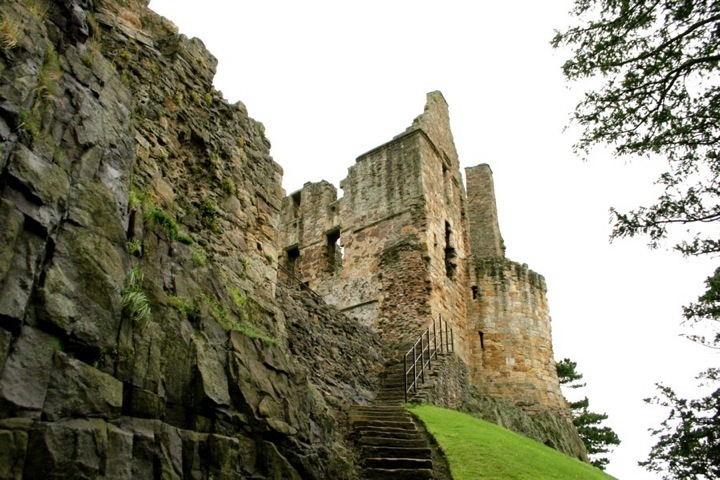 Built in the 13th century by the de Vaux family (Norman knights from Rouen in France) and extended in the 14th, 15th and 16th centuries, the castle is a wonderful mish-mash of different styles, inter-connected by a maze of passageways and doors. 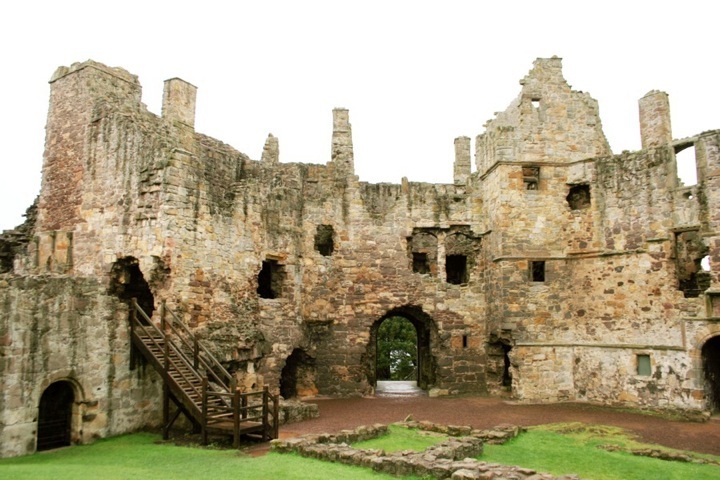 The oldest part of the castle is the large round tower, inside of which are one six-sided and one seven-sided chamber, the latter with a beautiful pointed vaulted ceiling. 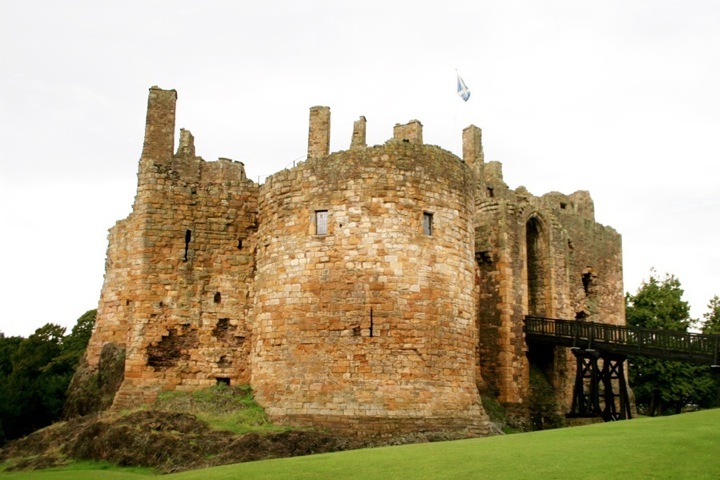 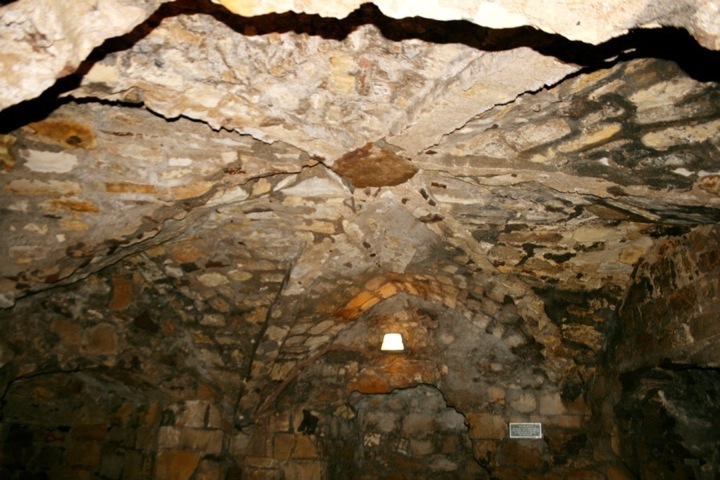 There were other round towers at the other corners of the original castle, and the remains of their bases can still be seen below the later square-section building work. 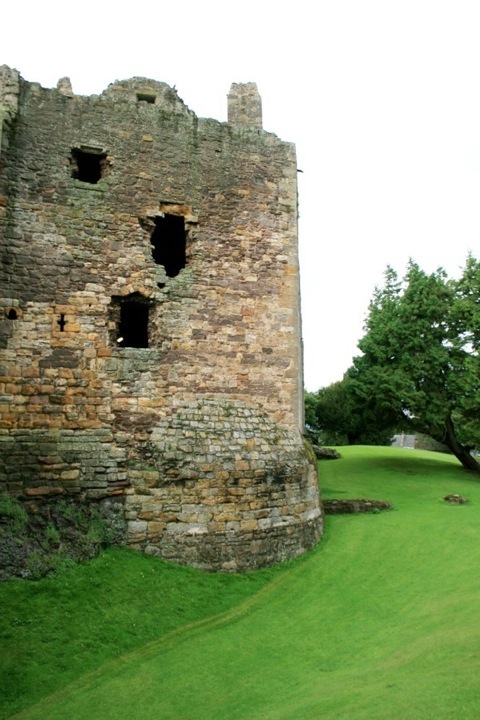 The Haliburton family built the gatehouse, kitchens, and east range in the 14th and 15th centuries. The gatehouse is a magnificent full-height affair, and would originally have had a drawbridge to cross the moat below. 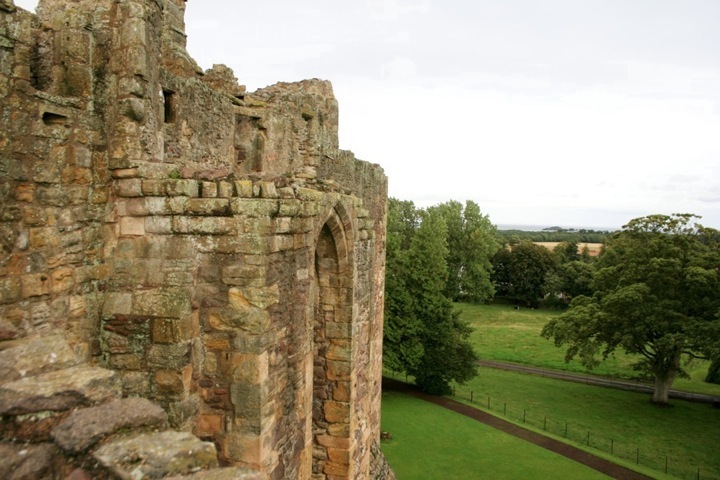 The kitchens feature a pair of fireplaces which I think are the biggest fireplaces I have ever seen, with massive chimneys reaching from ground floor level all the way up to the top of the castle. 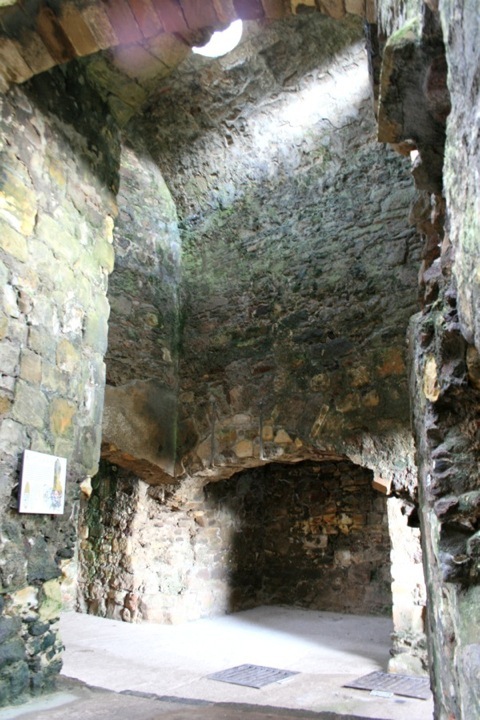 Under the east range is a tunnel vault which was used for storage, at one end of which are a pair of bread ovens, and at the other end a prison. 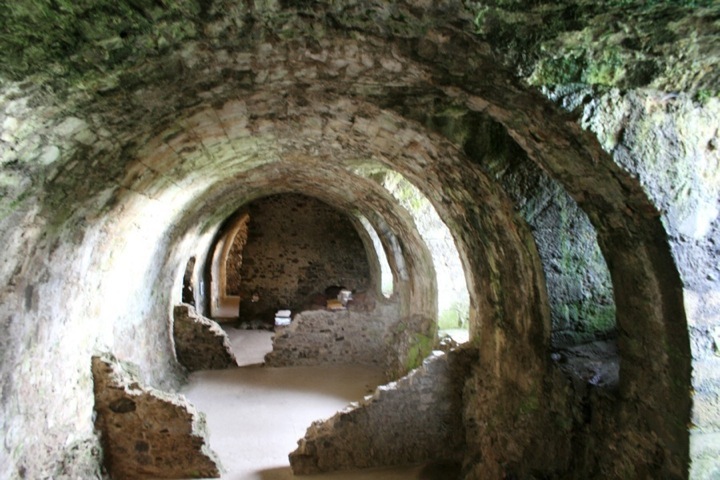 The latest part of the castle is the Ruthven Lodging, named after the family who built it. This features a huge hall on the top floor, now open to the elements but once covered by a decorated wooden roof. At one end of the hall is an ornately-carved buffet. 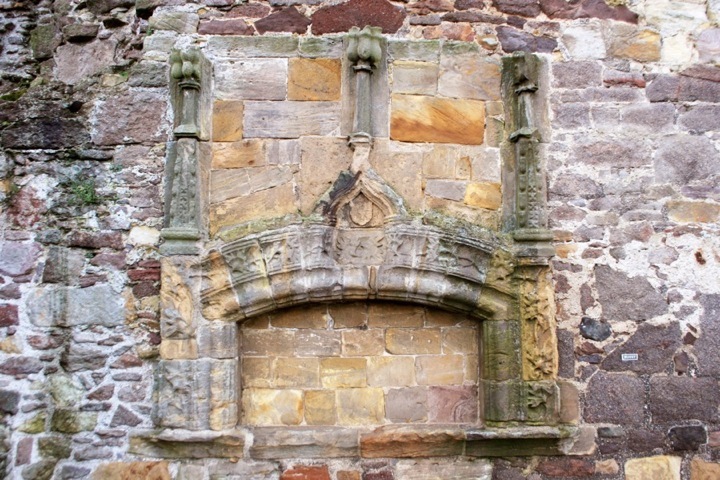 The view from the main road gives little clue to the size of the castle due to it being obscured by trees, but once up on the rock on which it stands, it’s clear just how big it is, stretching back along its perch.

This is a most impressive castle with an interesting history, and is one of my favourites. It really is a sight worth seeing.