Cycling along Silverknowes Esplanade in Edinburgh

With unusually good weather over the Easter weekend we decided to head out on the bikes today. Edinburgh has a great network of cycle paths, many of them on the route of old railway lines (the Edinburgh Innertube map is a good way to find out more).

Luckily there is access to one of them, once part of the Edinburgh, Leith and Newhaven Railway, almost at the bottom of our road so we joined the path and made our way through Trinity, hidden from the streets above by the old railway cuttings. 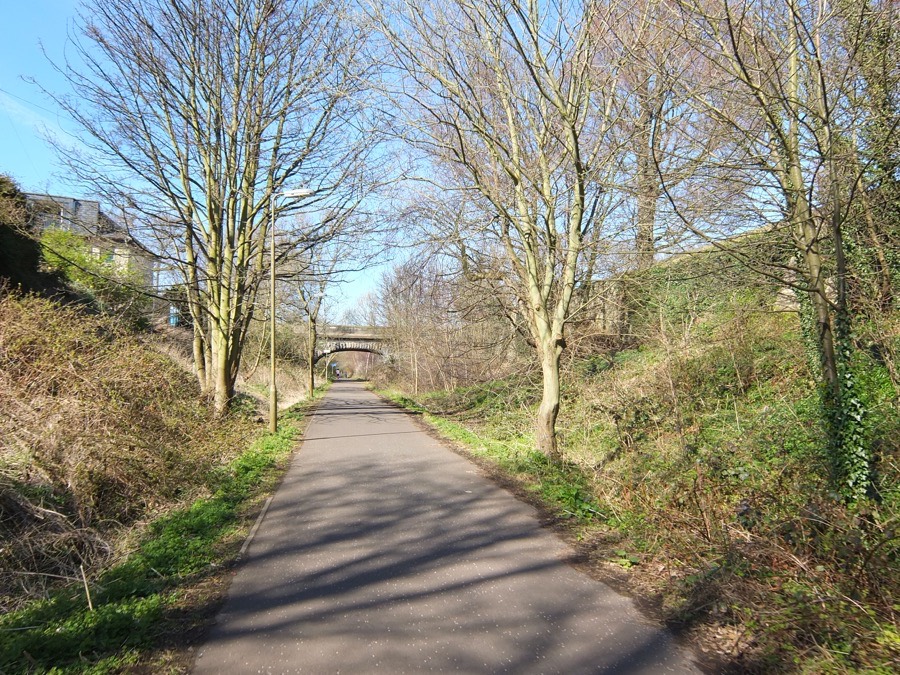 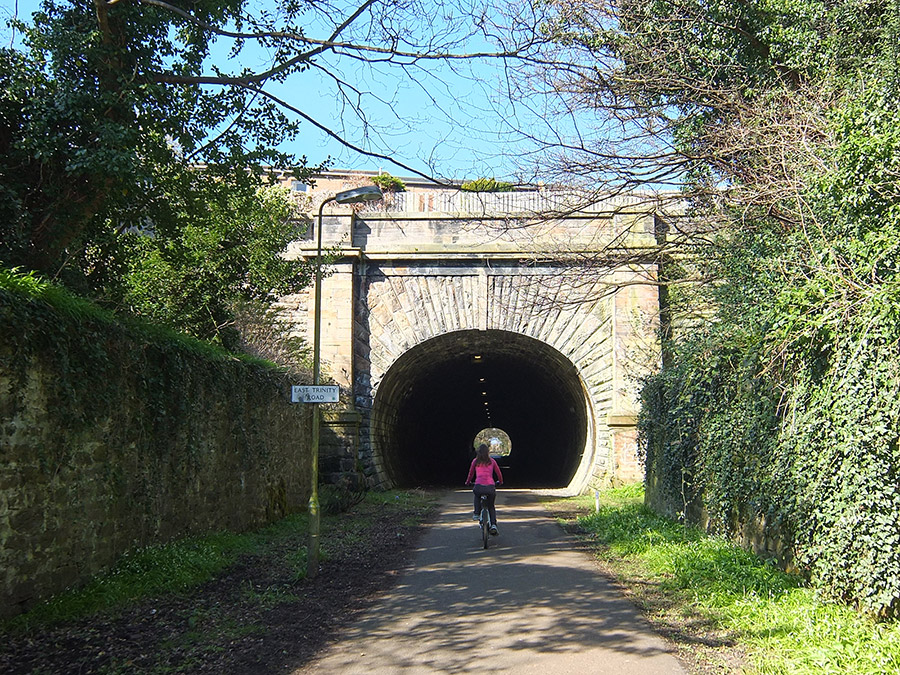 This particular path ends when it opens out to the coast at Granton, where the River Forth was looking particularly magnificent in the Spring sunshine. 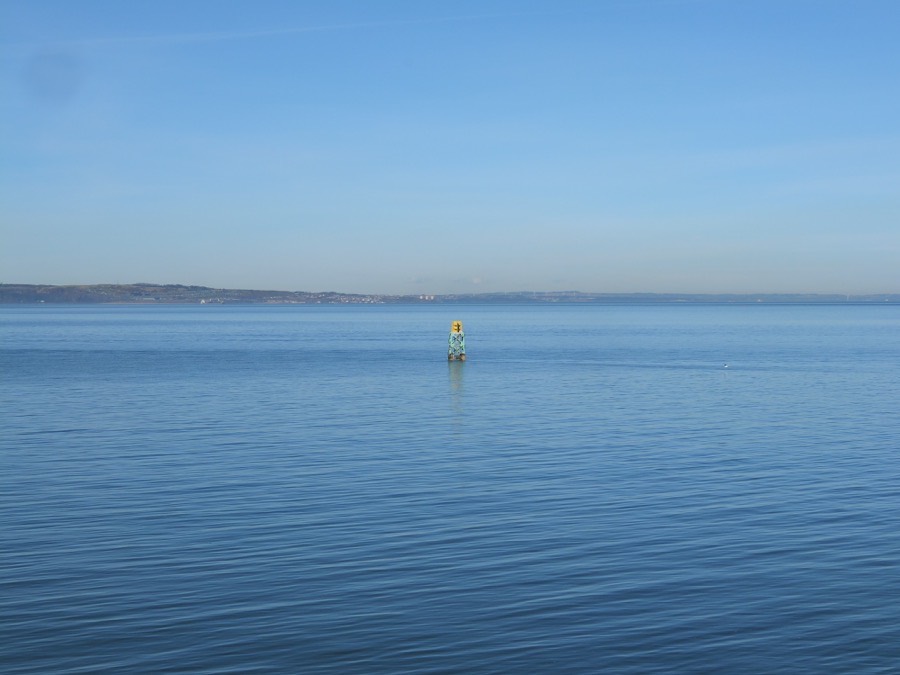 On the horizon we could see a rather hazy Fife, with the island of Inchkeith in front of it. 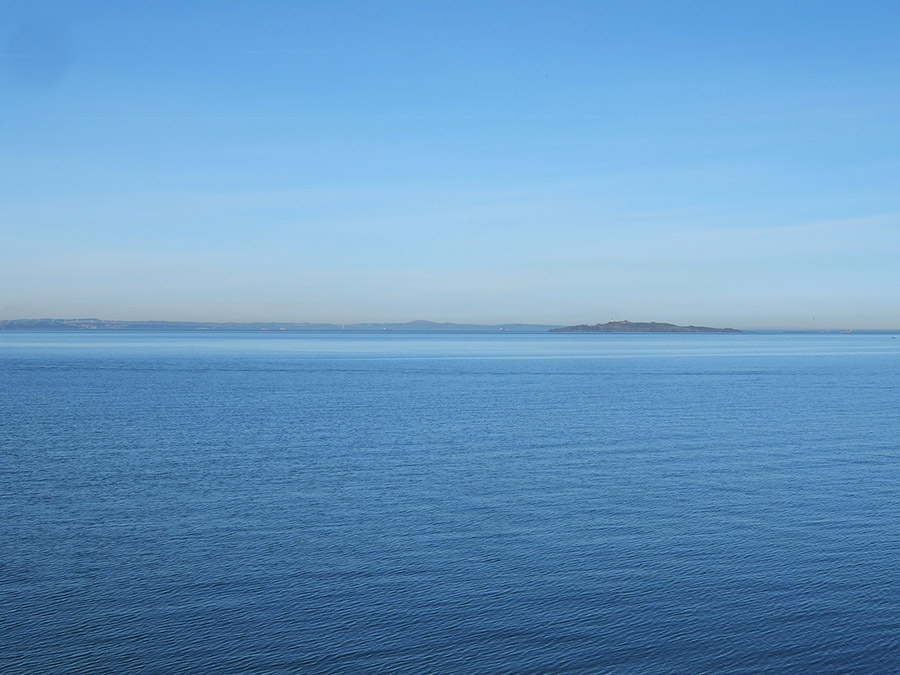 A shared use path runs along the waterfront here, but it stops just before Granton harbour. Just beyond the harbour our route continued on West Harbour Road, a quiet street which is home to Granton Lighthouse. The name is slightly misleading as it was never an operational lighthouse. It was built by the Northern Lighthouse Board in 1874 and used for training purposes and the testing of new lights.

West Harbour Road becomes West Shore Road and passes by the site of a pair of little-known castles. Caroline Park House incorporates part of the earlier Royston Castle, and while it sits up on the hill out of sight its former entrance is visible from the road. To the right of the gate piers was the site of Granton Castle.

Across the road from the castle sites we joined another cycle path which runs along Silverknowes Esplanade. There’s something really rather pleasant about cycling along the edge of the wide river with Fife ever-present on the horizon. 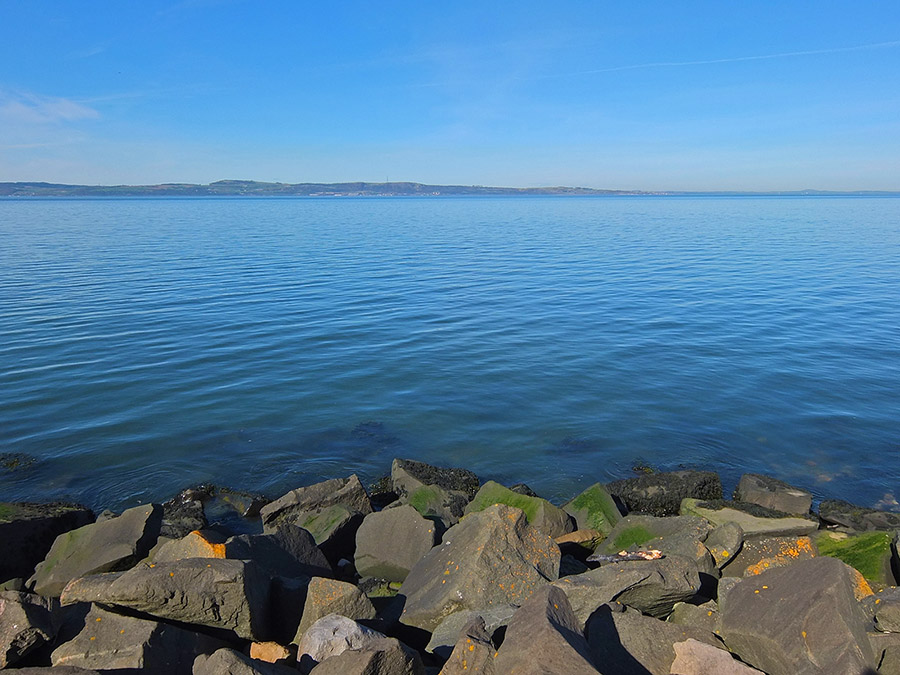 From here we had a great view of the three bridges – the Forth Bridge, the Forth Road Bridge and the under construction Queensferry Crossing – in the distance. 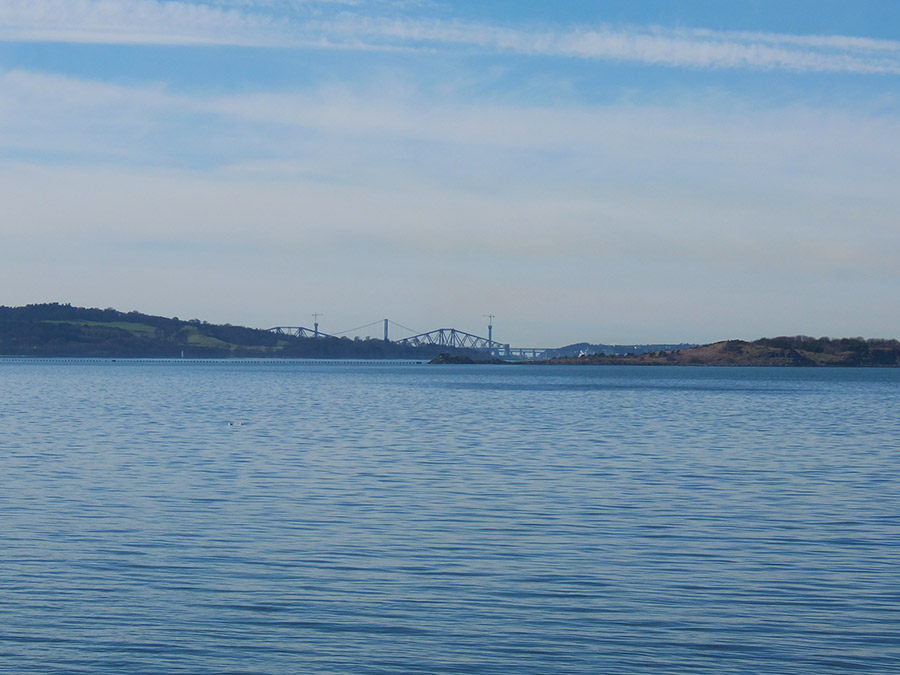 The esplanade’s wall is topped off with yellow lichen, creating a great contrast with the blue of the sky and the water. 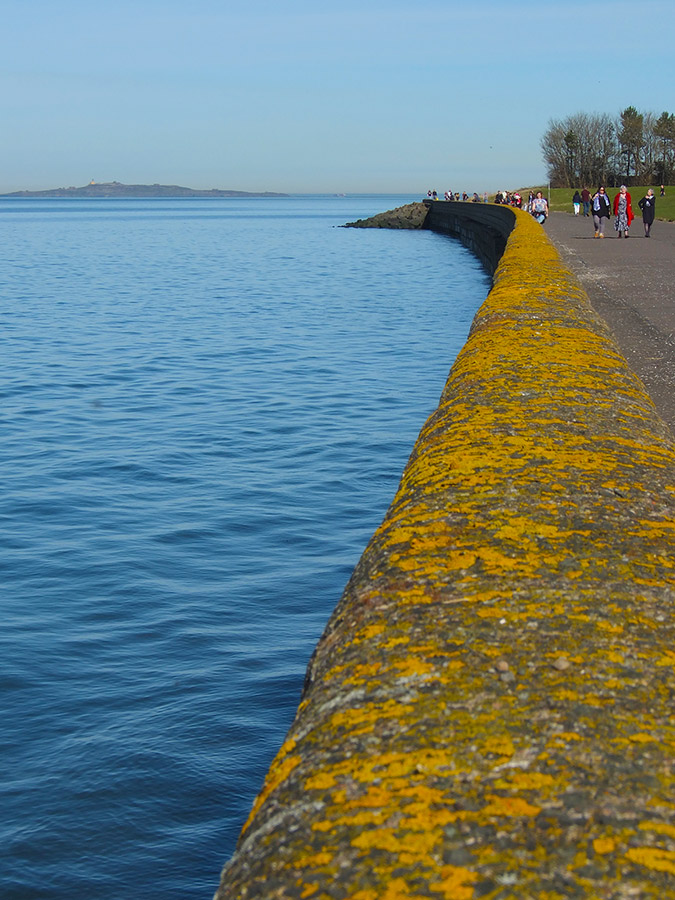 The further along the esplanade we went the busier it became. The good weather had brought hundreds of people out for a walk in the warm sunshine. 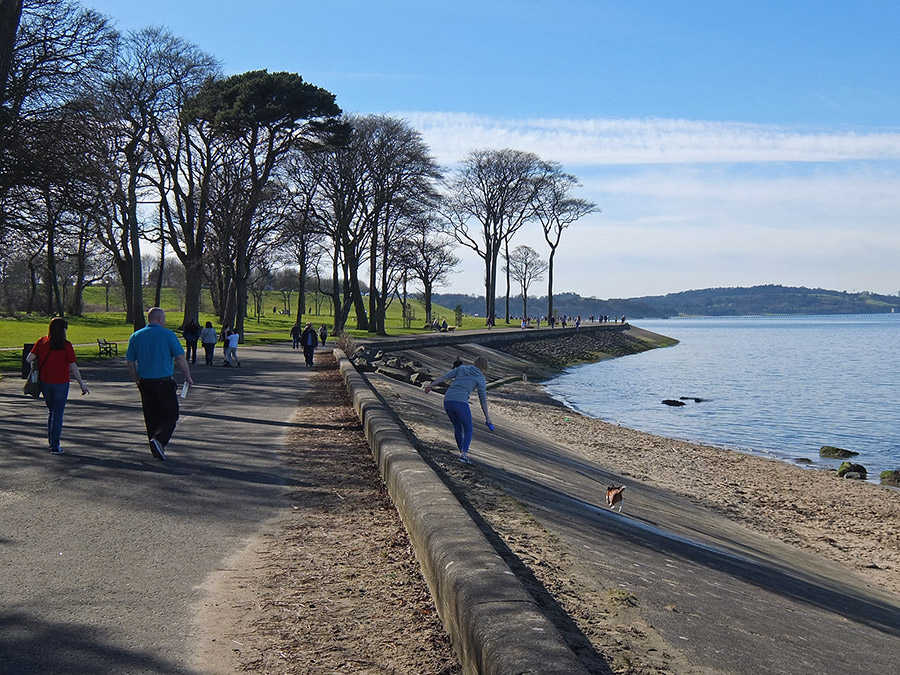 Eventually we reached Cramond, a small village on the banks of the River Almond where it meets the River Forth. 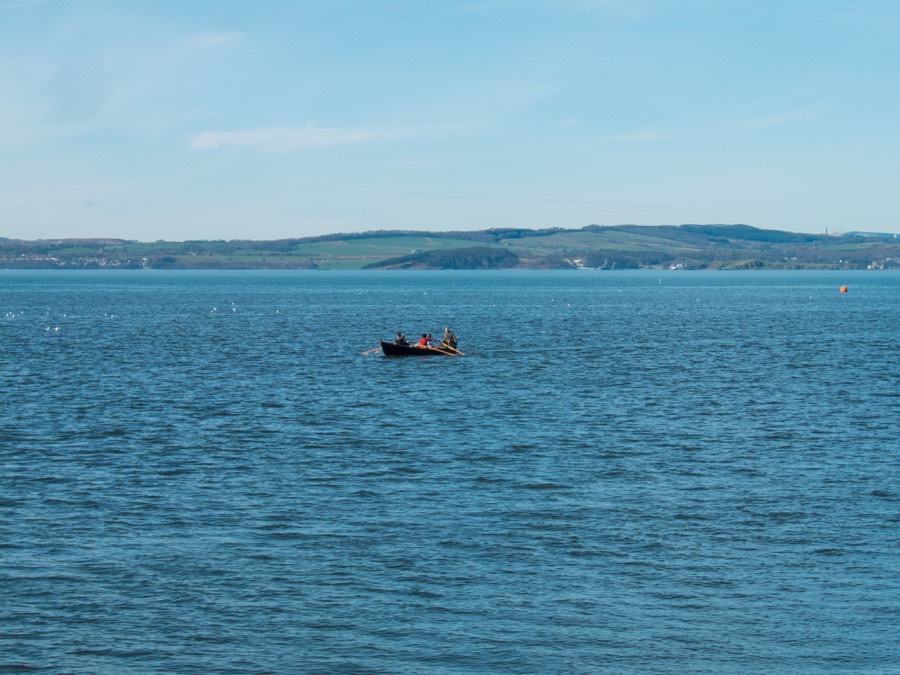 A breakwater at Cramond leads out to the Cramond Island Causeway, a tidal path which connects Cramond Island to the shore. The tide was in today so we had to make do with the view.

Sitting up above the beach is Cramond Tower, a tower house that has been converted into a private home.

After a brief rest at Cramond we made our way back along the esplanade, stopping to watch horses on the beach. As if to prove the old saying “You can lead a horse to water but you can’t make it drink” we watched as the largest horse was led to the water but refused to drink.

The journey back was more or less a repeat of the journey out, but after rejoining the old railway at Trinity we stopped to take a photo of the old Trinity Station, now a private home. You can still see the old platforms on either side of the path. 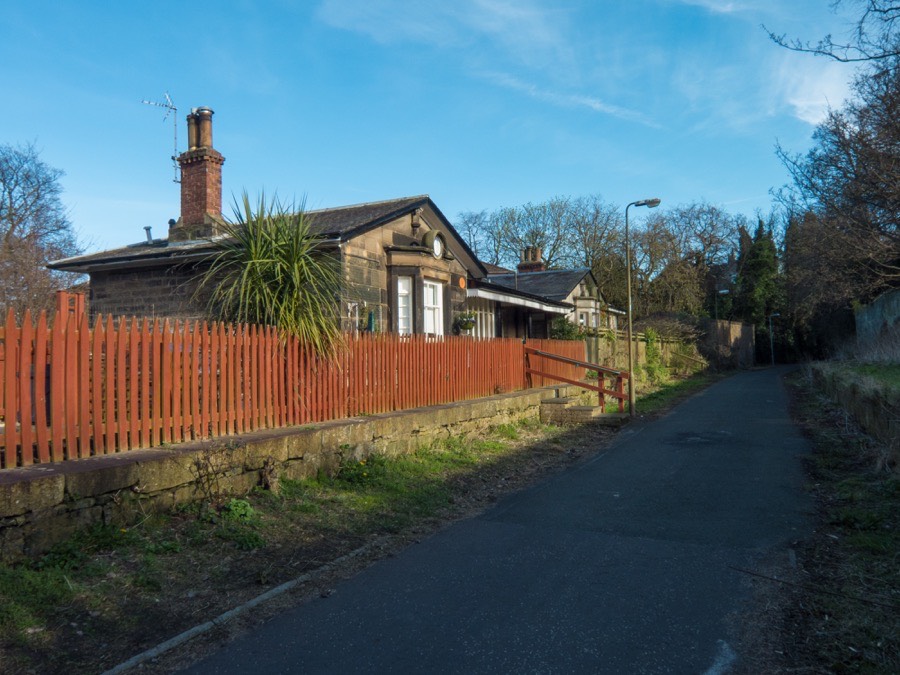 With the Sun starting to lose some of its warmth we headed through the Trinity Tunnel for home. 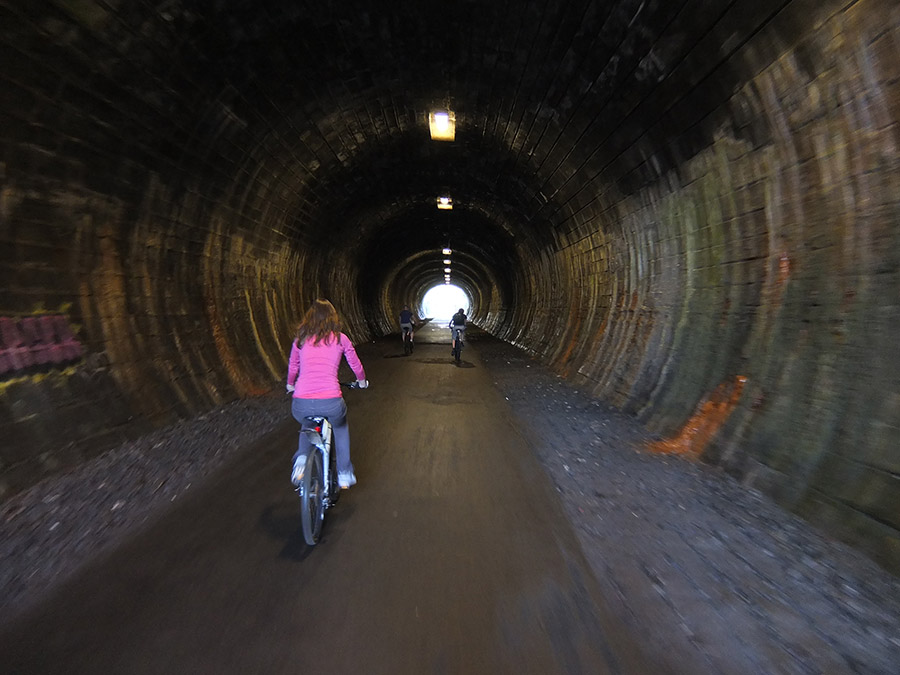 But that wasn’t the last of the photos for today – later on we were treated to a wonderful sunset. 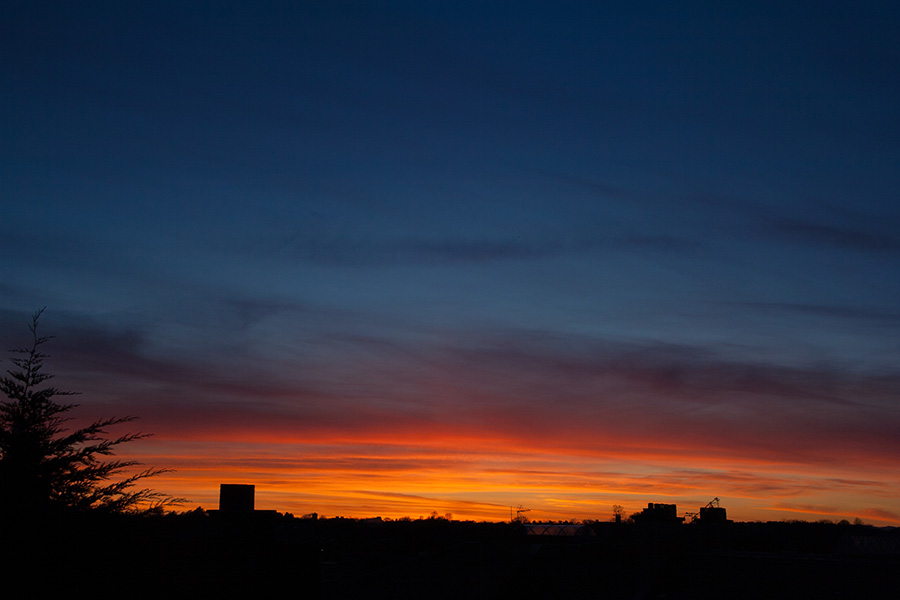