With the weather rather muggy and overcast today, we headed east to Dunbar. It was warmish but grey, and unfortunately not a great day for taking photos.

After parking next to the swimming pool, we headed down to the harbour. Now reinforced with concrete, the new sea wall is built on rocks which form a natural harbour, which is what led this place to be settled in the first place. At the mouth of the harbour are the ruins of Dunbar Castle, built on a rock which is thought to have been fortified for at least 2000 years.

The ruins are thought to date back to the 15th and 16th centuries, and were built to protect the strategically-important harbour at Dunbar, which was the most convenient landing north of Berwick.

To the north-east are the remains of the main castle, standing on a large rock jutting out into the sea. A substantial amount of the massively thick red sandstone walls still stand, with a lonely section of a tower wall rising from the centre.

To the south-west, across a narrow channel of water, are the ruins of a great battery, thought to have been built in the mid-16th century, and featuring several gun loops which can still be seen.

This battery was once connected to its near neighbour by a massive wall, within which was an intramural passageway, but this has now fallen into the sea below. The opening of the enclosed passage can still be seen on the north-east side of the channel though, in the section of masonry closest to the camera in the photo below.

In 1567, following the Battle of Carberry Hill, Dunbar Castle was destroyed by an Act of Parliament, and has been a ruin ever since. Occupying such a precipitous position, and open to the elements, the castle has deteriorated significantly over the years. 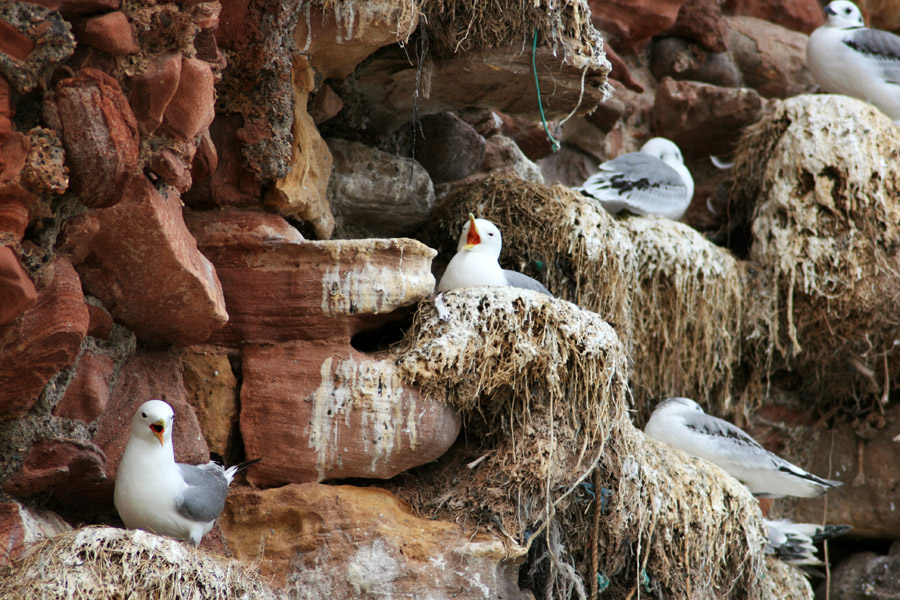 It’s quite difficult to get an overall feel for Dunbar Castle from individual photos. Clicking on the image below will open a panoramic view of the castle in a new window.

We walked from the castle around the harbour and onto the sea wall. The sea off Dunbar is dotted with various rocks, and on one we could see a group of cormorants resting.

Looking back across the harbour we got a good view of the castle.

At the east end of the harbour is an 18th century fort and battery, built to protect the harbour from privateers who were particularly active at the time of the American War of Independence. The building of the fort, and of the new harbour, probably hastened the decline of the castle. But the concrete walkways of the new harbour also make it possible to walk around the castle, and see parts that would otherwise be inaccessible, such as the section which faces out to sea.

As we stood at the entrance to the harbour, a yacht made its way in off the sea. 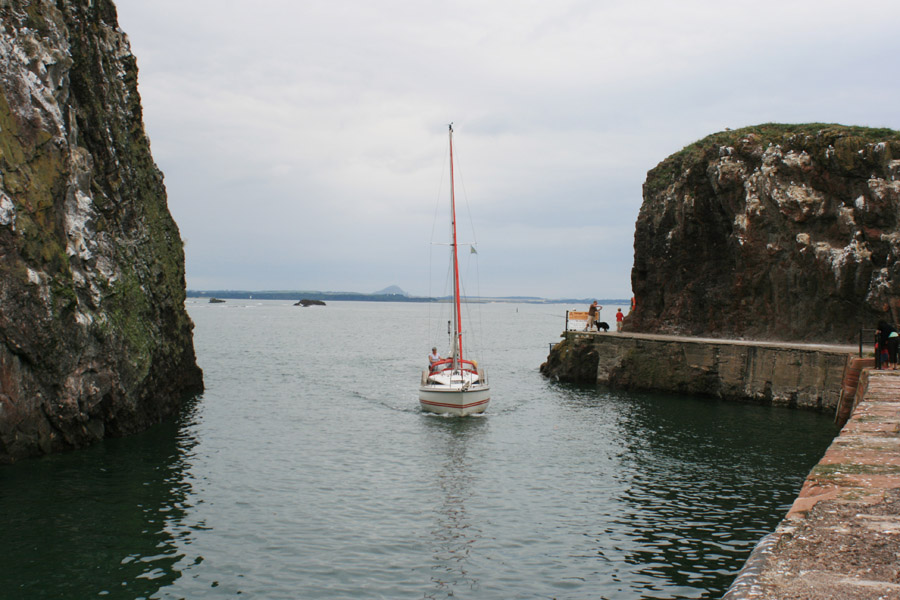 Walking back around the harbour, one of the cormorants had moved to the rocks closer to the sea wall. 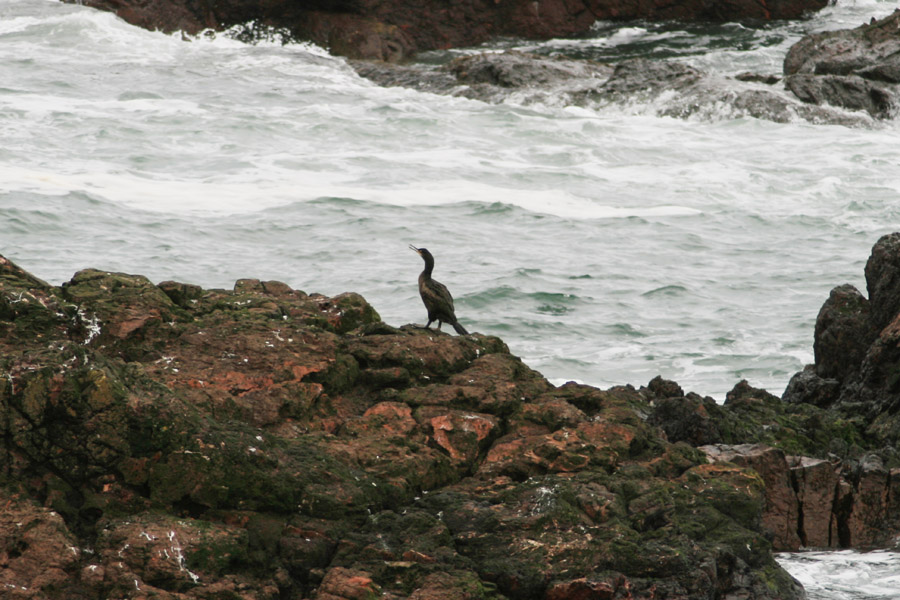 But our attention was soon diverted to a young herring gull flying majestically across the sea before landing in the water. 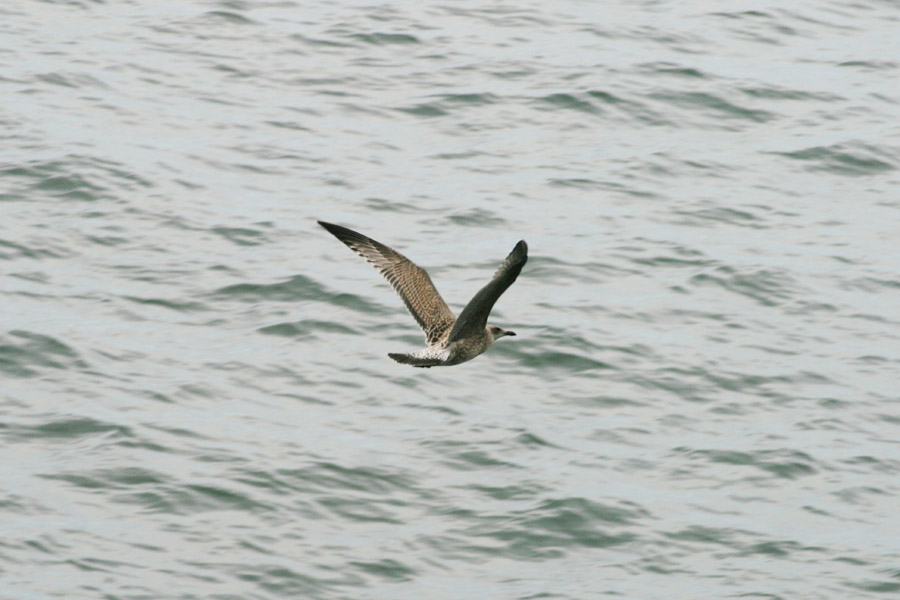 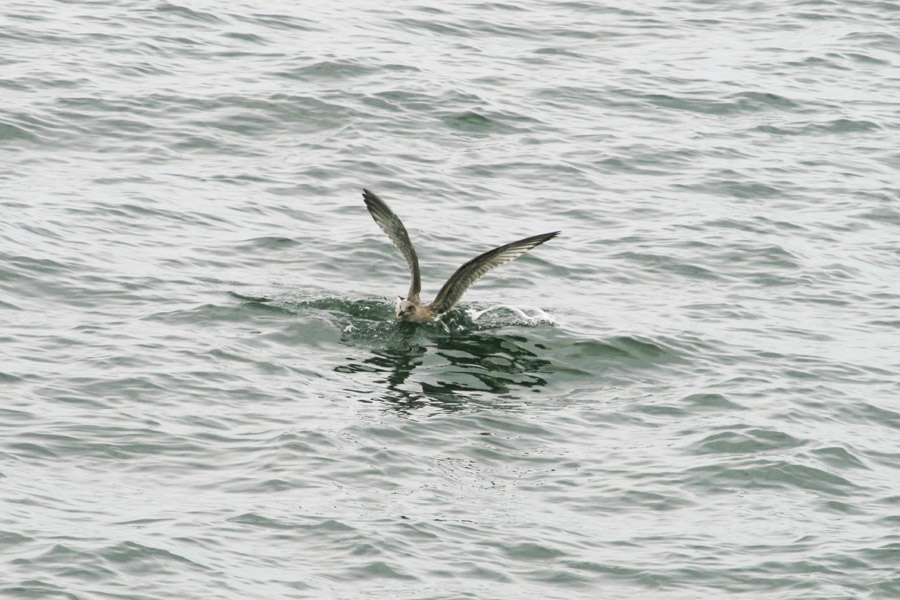 While crossing the bridge at the east end of the harbour, we noticed several jellyfish in the water. They were Cyanea lamarckii, also known as Blue jellyfish or Bluefire jellyfish due to their blue centres. 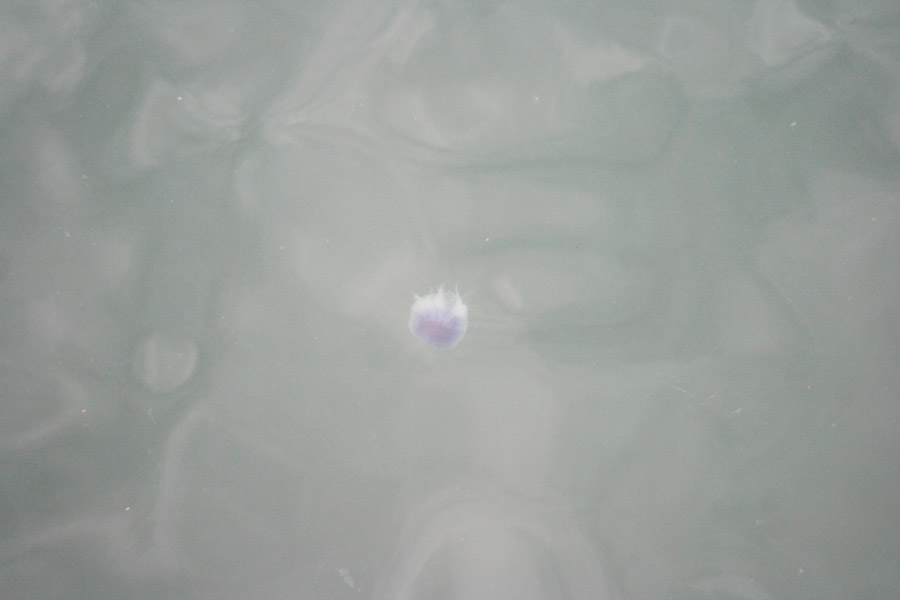 We probably saw ten or fifteen jellyfish in a small area, and apparently there are are a lot of jellyfish in the waters off the east coast of Scotland this year. In fact Torness nuclear power station had to shut down temporarily in June because Moon jellyfish were blocking the water intakes of the cooling system.

Leaving the harbour, we continued into Dunbar itself, and walked along the High Street, where there’s a statue of the celebrated naturalist John Muir (as a boy). 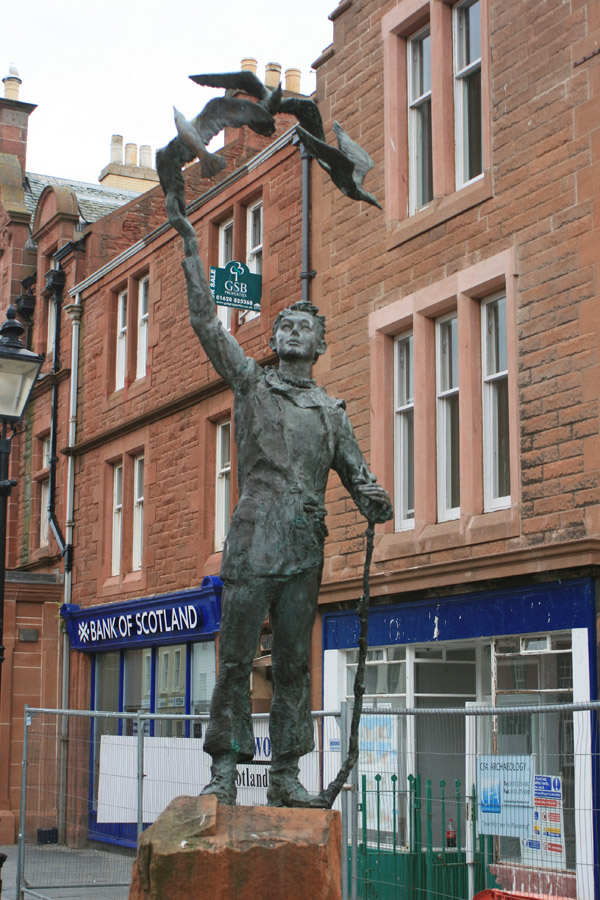 John Muir was born in Dunbar, and is probably best known in Scotland for the conservation organisation which bears his name, the John Muir Trust, although it wasn’t established until 1983, some 69 years after his death. There is also the John Muir Way, a walking trail which runs from the edge of Edinburgh along the coast of East Lothian and down to the Borders.

However John Muir’s family emigrated to America when he was 11 years old, and after spending time exploring the wilderness and studying plants, he devoted his life to preserving the great wild areas of his new country. He lobbied Congress for the creation of national parks, which led to the National Park Bill of 1899.

Further along the High Street is Dunbar Town House, a 17th century tolbooth thought to have been built around 1620, and currently undergoing renovation. 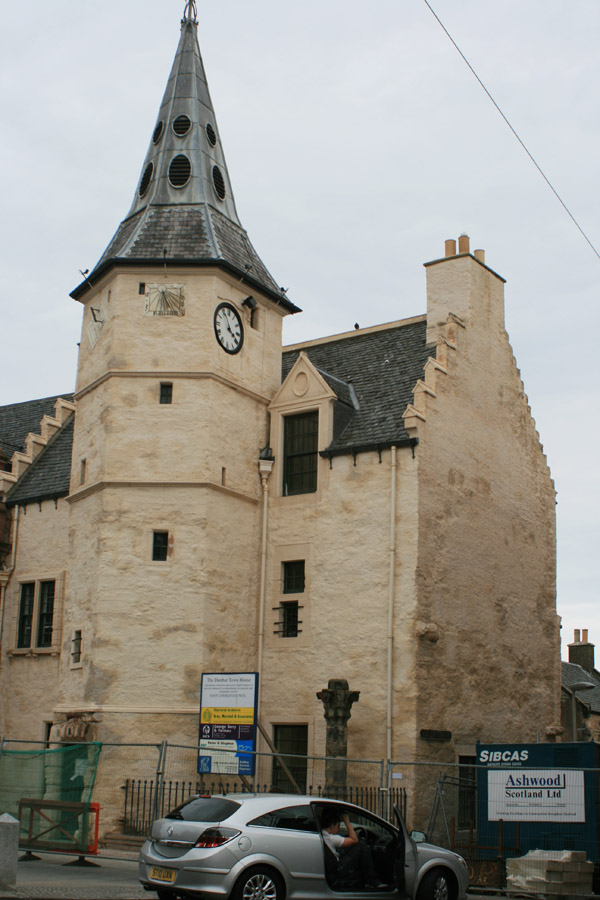 Rather ambitiously we thought we might manage a swim today, so we headed to Belhaven Bay just outside Dunbar. It was ambitious for two reasons – the first being that it wasn’t a particularly warm or sunny day so the sea would be cold, and the second being that the tide times were against us.

By the time we arrived the tide was well in, cutting off the bridge which crosses the Biel Water to the beach, so we saved the swim for another day.