Castle Stuart is an early 17th century tower house which was built on the site of an earlier castle.

The 3rd Earl was responsible for remodelling the old castle, work which was completed in 1625. However following the Wars of the Three Kingdoms and the fall of the Stuart monarchy the Stuarts went into exile abroad and the castle was left largely unoccupied for three centuries, falling into disrepair. In 1869 George Stuart, 13th Earl of Moray, commissioned the architects Brown & Wardrop to restore and remodel the castle. In 1977 Douglas Stuart, 20th Earl of Moray, leased Castle Stuart to Charles and Elizabeth Stuart (no relation) on a lengthy peppercorn rent of £50 a year. Despite not actually owning it the new custodians set about restoring the castle, an endeavour which took 15 years and cost over £600,000. Following the refurbishment, which included rebuilding part of the east tower with newly-quarried stone, the castle opened as a luxury bed and breakfast. In 2009 Castle Stuart Golf Links opened to the north-west of the castle.

Where is Castle Stuart?

Castle Stuart is in the parish of Petty and the county of Inverness-shire. 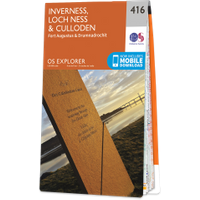 The Castellated and Domestic Architecture of Scotland Volume 2