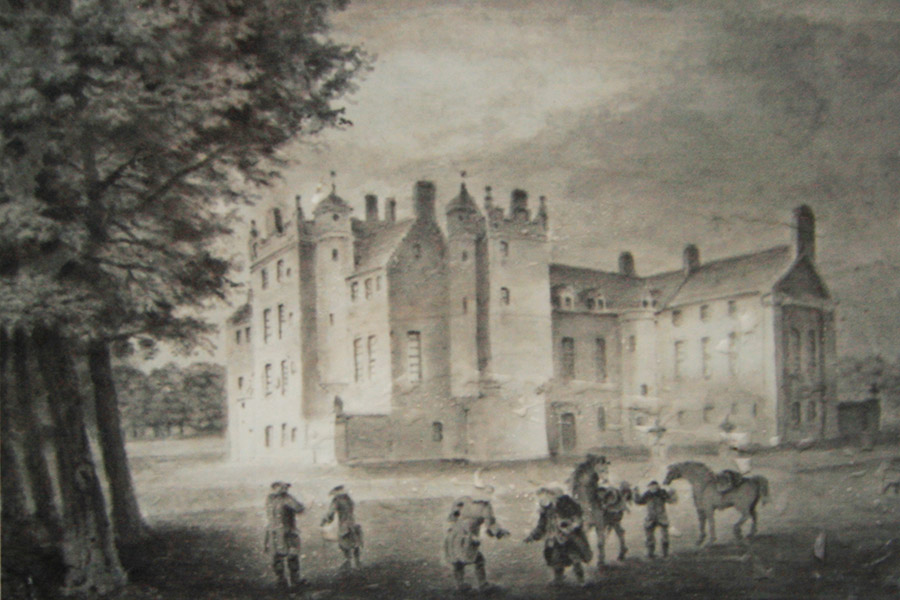 The lands of Penicuik were owned by the Pennicuik family from the dawns of written history until 1603, when “Alexander Penycuke of that Ilk entered into a contract with John Prestoun of Fentonbarns regarding the sale of the lands and barony”.

According to The Annals of Penicuik, Newbiggin House may have been built shortly after this by Sir John Preston in 1609. However a drawing by Sir John Clerk of Eldin from around 1750, and a second 18th century drawing, portrays what looks like a tall, square keep that has been much extended over the centuries. Some time after 1674 vaults were removed, suggesting the modernisation of an older building.

Newbiggin House stood just behind where the shell of Penicuik House (built between 1761 and 1769 by Sir James Clerk, destroyed by fire in 1899) now stands, and was at the centre of extensive parklands, which can be seen marked on General Roy’s military map. 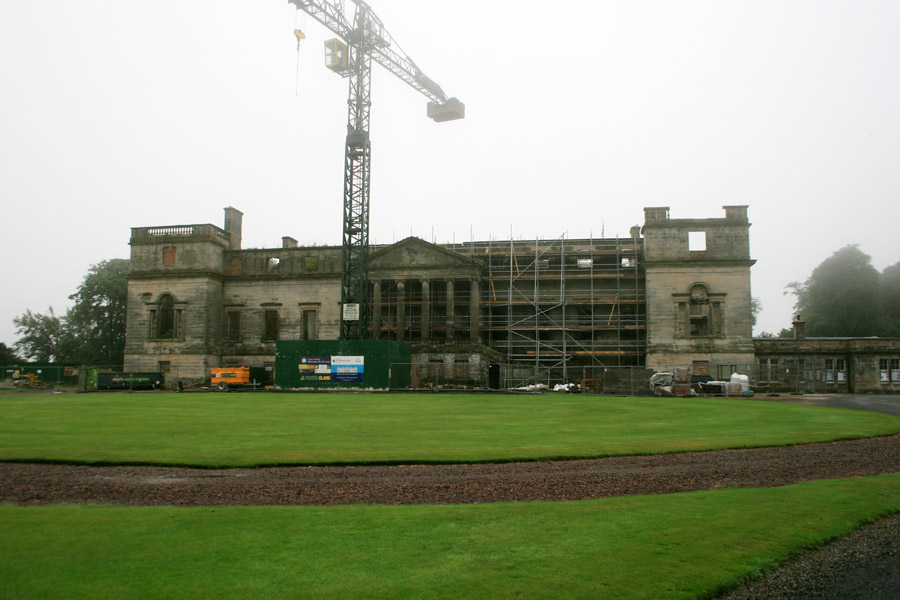 Some of the park’s walls were built using stone robbed by Sir John Clerk from Ravensneuk Castle which stands on the estate.

Sir John Prestoun sold the Penicuik estates to Margaret Scott, the Countess of Eglinton and daughter of Sir Walter Scott, the 1st Lord Scott of Buccleuch, in 1646. Upon her death in 1653 the estates were split between her daughter, Jean Ross, Lady Innes, and her grand-daughter, Margaret Hepburn. The two heirs sold the estates to Sir John Clerk in 1654, and they have remained in the Clerk family ever since.

Nothing is now visible of Newbiggin, however in the library of New Penicuik House (the converted former stables of Penicuik House) is a moulded fireplace dated 1662 which is thought to have come from Newbiggin.

Newbiggin is in the parish of Penicuik and the county of Midlothian.

bed and breakfastLoanhead
7.9km away

bed and breakfastEdinburgh
10.2km away

bed and breakfastEdinburgh
10.8km away

bed and breakfastArniston
11.5km away