Copshaw Tower was a tower belonging to the Elliot family, although nothing of it now remains.

Johnnie Elliot of Copshaw, also known as John Elliot of Park or Jock o’ the Park, was a notorious Border reiver who along with other Elliots was summoned in 1566 by James Hepburn, 4th Earl of Bothwell and Warden of the Middle March, to appear at Hermitage Castle to answer for their crimes. Elliot didn’t appear however and was hunted down by Bothwell and his men.

An altercation took place during which both Elliot and Bothwell were wounded, a skirmish commemorated in the Border ballad “Little Jock Elliot”.

I vanquish’d the Queen’s lieutenant;
Her fierce troopers I made to flee;
My name it is little Jock Elliot,
An’ wha dar’ meddle wi’ me.

I ride on my fleet-footed grey,
My sword hanging down by my knee;
I ne’er was afraid of a fae,
Then wha dar’ meddle wi’ me.

Doon by the Deadwater stank
Jock Fenwick I met on the lea,
His saddle was toom in a clank,
An’ wha dar’ meddle wi’ me.

Copshaw Tower is in the parish of Castleton and the county of Roxburghshire. 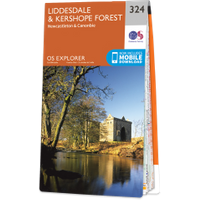 Martin Coventry
Prestongrange, 2015
Buy from Amazon
The History and Antiquities of Roxburghshire and adjacent districts, Volume 4

bed and breakfastGretna Green
24.8km away

bed and breakfastGretna Green
25.1km away

bed and breakfastGretna Green
25.3km away