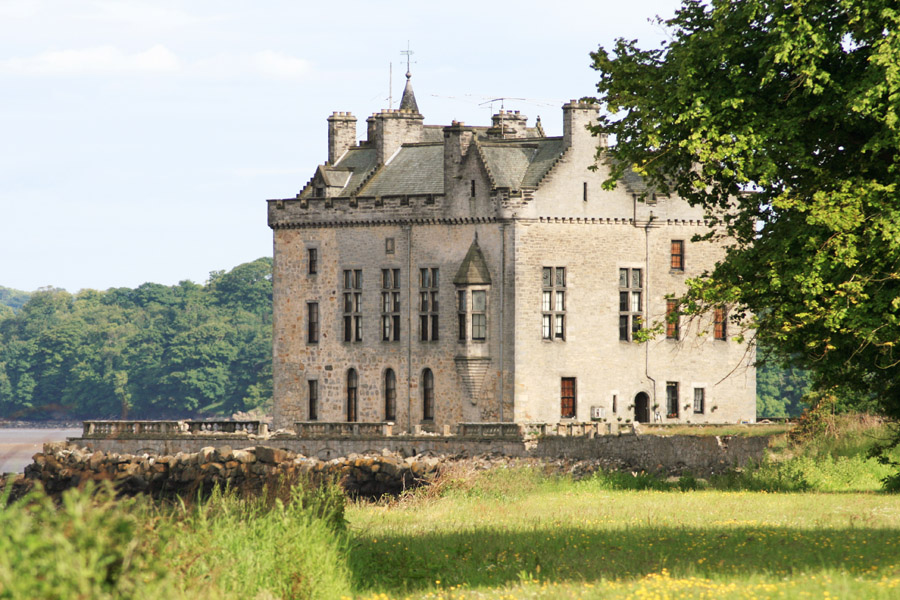 Barnbougle Castle occupies a magnificent position right on the shore of the River Forth, controlling access from the North Sea into the heart of Scotland.

The lands on which it stands were granted to the Norman Mowbray family, and the earliest recorded castle on the site dates back to the 13th century.

The present castle is generally thought to have been built in the 17th century. However the Geographer Royal Sir Robert Sibbald, writing in the 17th century, states that “Barnbougle Castle is also old, and is yet inhabitable.” This suggests an earlier origin for the castle.

An old drawing shows a four storey tower house with castellated battlements, which has the appearance of a 16th century building. At some point in history a large wing was added to the west side of the tower, possibly in the 17th century.

The family moved to the newly-built Dalmeny House in 1817, and after that Barnbougle Castle was apparently used to store explosives. An accidental explosion left the castle as a ruin, with only the north half of the tower and a section of the north wall of the new wing remaining standing.

In 1881 the ruined castle was rebuilt and restored by another Archibald Primrose, the 5th Earl of Rosebery (who would later become Prime Minister), incorporating the large section of the old ruined walls on the north side into the new building.

The castle is surrounded by a decorative low balustraded wall, but whether or not there were previously more substantial defences is unclear.

Today the castle remains a part of the Dalmeny estates, but it is not open to the public (although it is possible to walk close by it on the Shore Walk).

Barnbougle Castle featured as the home of Mr Lowther in the film of The Prime of Miss Jean Brodie.

Where is Barnbougle Castle?

Barnbougle Castle is in the parish of Dalmeny and the county of West Lothian.

bed and breakfastEdinburgh
4.4km away

bed and breakfastEdinburgh
4.6km away

bed and breakfastEdinburgh
5.1km away

bed and breakfastEdinburgh
5.4km away