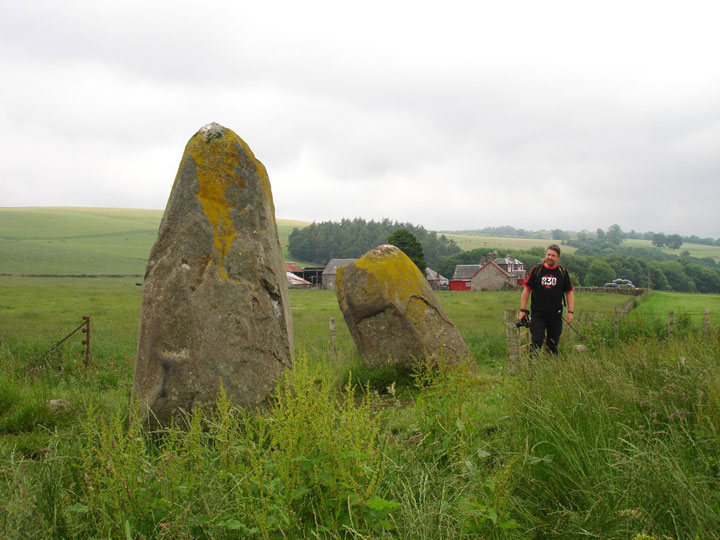 Quite a while back I’d promised my friends Moth and Jane a tour around Perthshire on their way to Lewis, so today, a couple of days after moving to Glasgow, I headed east to meet them at Fowlis Wester.

First on our itinerary for the day was within walking distance, the cup-marked rocks at Thorn farm, and the nearby Crofthead Farm standing stones. 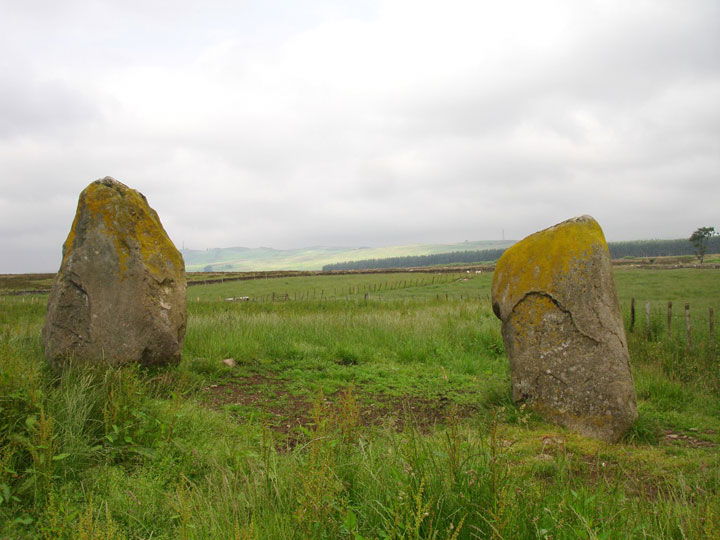 After walking back to the car at Fowlis Wester, we all piled into mine and drove the short distance to Crieff where we stopped at the golf course and asked permission to see the Ferntower stone circle. 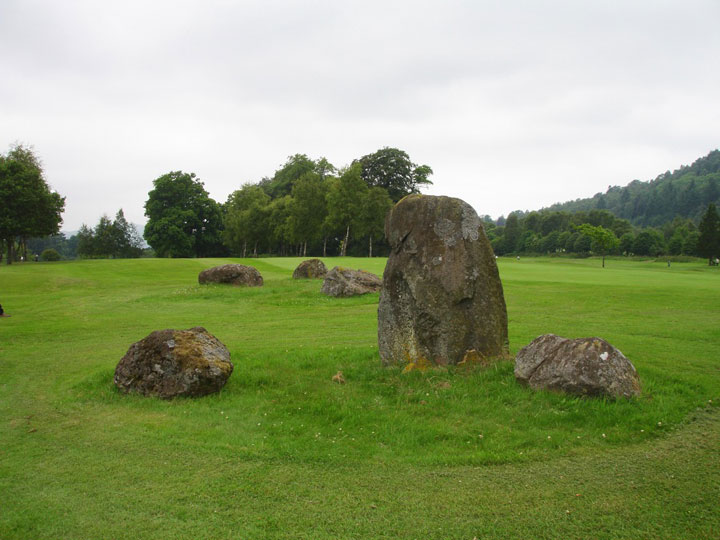 While in Crieff we called in at McNee’s delicatessen to pick up some of their fantastic ciabatta sandwiches, then headed west for Comrie and Dalginross stone circle where we had a picnic lunch and Jane did some painting. 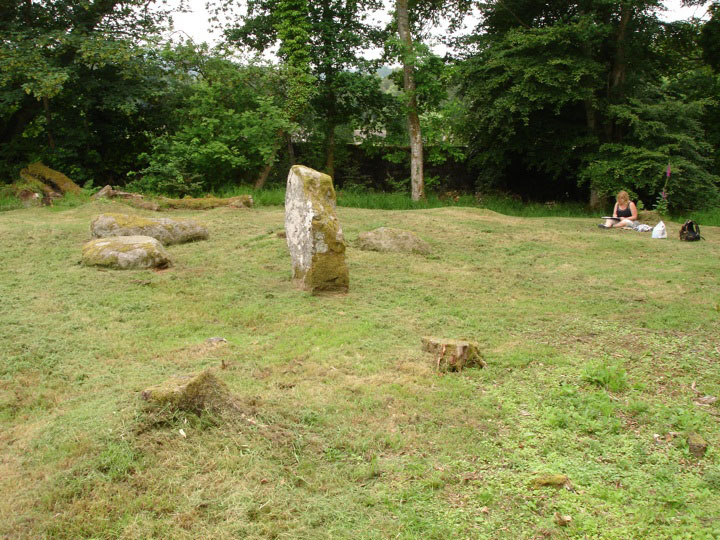 We continued west through St Fillans, along the north shore of Loch Earn to Lochearnhead, and headed north to Killin. We parked next to the Falls of Dochart but before going to see them properly we walked up the drive to Kinnell House to ask permission to visit Kinnell stone circle. 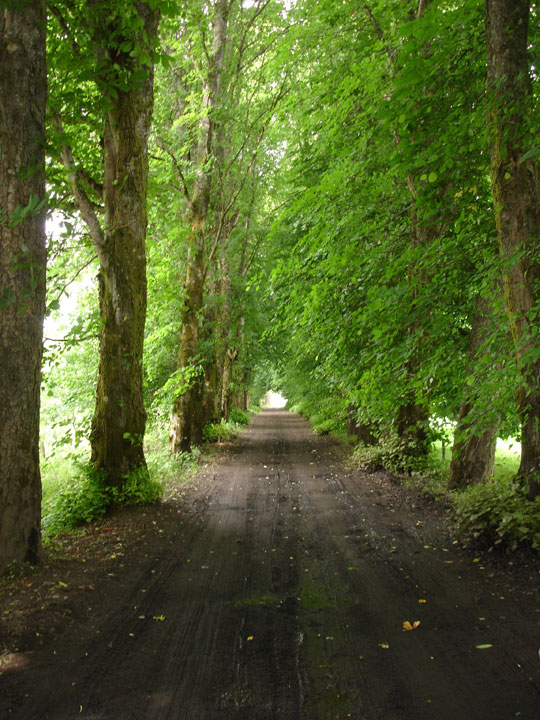 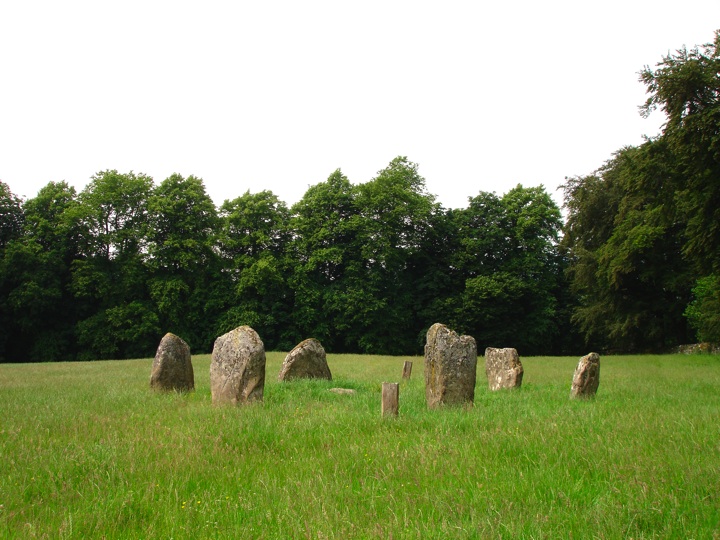 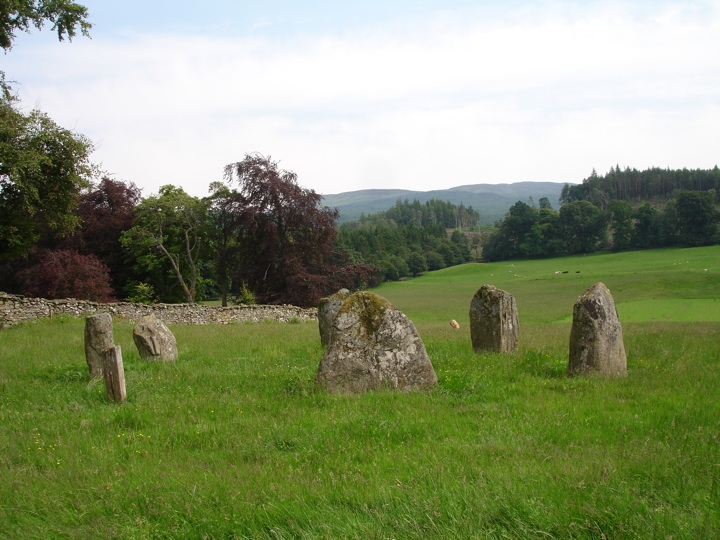 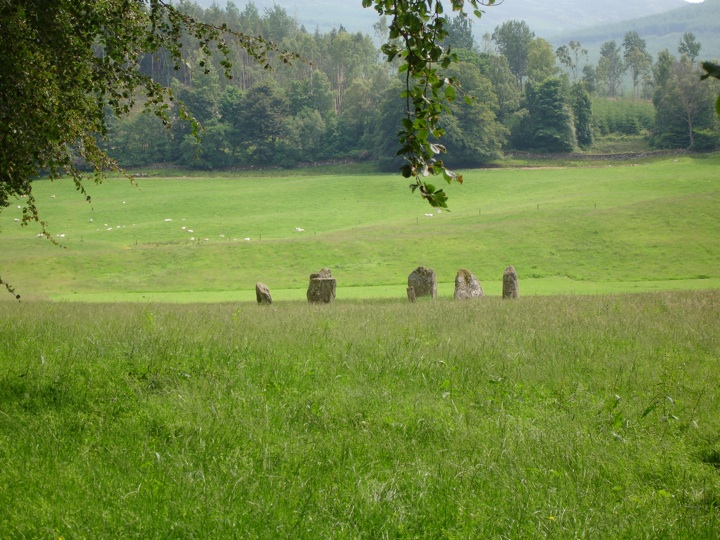 We walked back along the driveway to the Falls of Dochart where we sat for an hour or so, paddling in the water while Jane did some more painting. 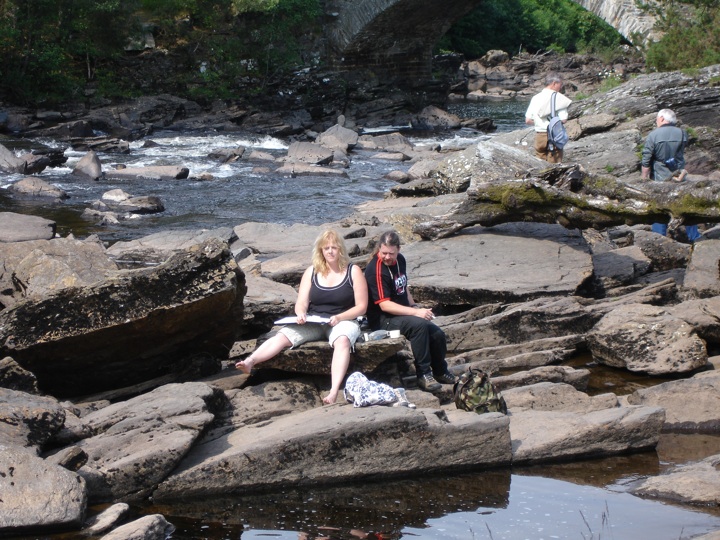 We continued around Loch Tay, stopping at Fortingall where unfortunately the stone circles were well hidden by long grass, then turned up into the picturesque Glen Lyon.

We followed the River Lyon all the way along the glen, stopping just beyond Cashlie for cakes bought at McNee’s earlier. 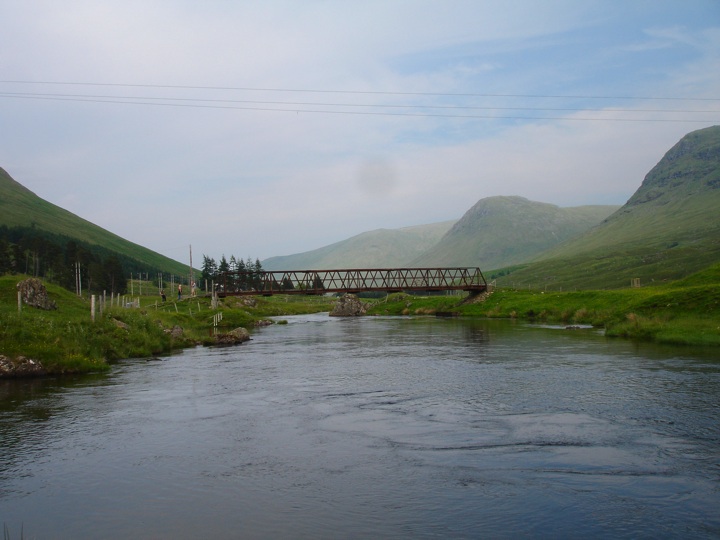 Close by our picnic spot is the enigmatic Cona Bhacain, a curiously-shaped standing stone with various legends associated with it. 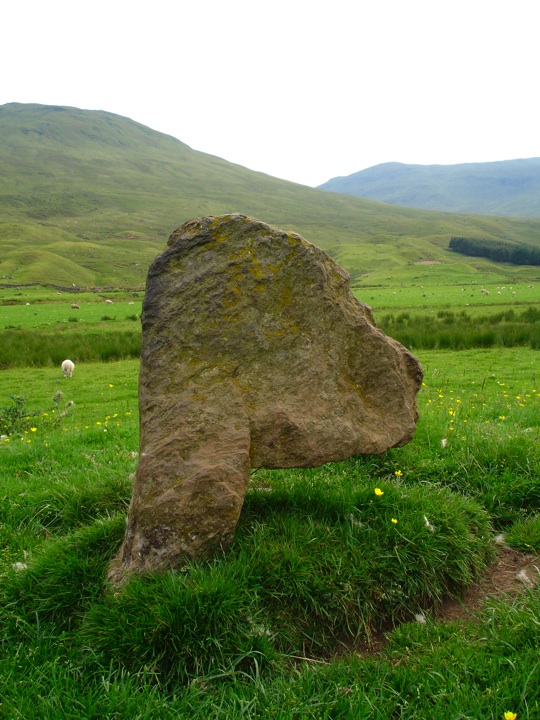 Near to this stone is another interesting site, the Caisteal Cona Bhacain, a kind of fort unique to the Glen Lyon area.

And that was our day done. But as we passed Cashlie on our way back to Moth and Jane‘s car at Fowlis Wester, we spotted a herd of deer grazing. 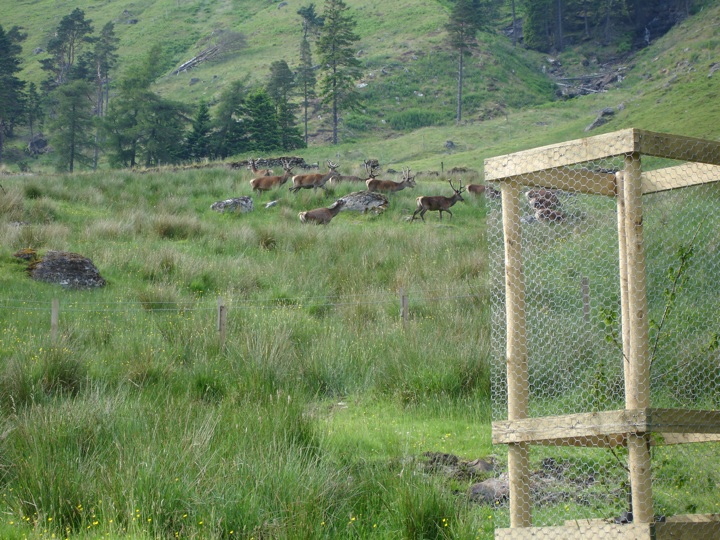