Having not been walking or cycling for several weeks after my West Highland Way mishap I was raring to go today, the first weekend since the swelling had gone completely! My ultimate target was to see the standing stone called Clach Glas at Westhaugh of Tulliemet, but I was going to get there by taking a long and meandering route.

I drove up to Pitlochry on the A9, parked at the Garry Bridge car park and assembled my bike. Feeling energetic after weeks out of the saddle, I headed west along the edge of the River Tummel to the Queen’s View. Despite being quite overcast, it was very busy with tourists, and I had to wait a while to get a (dark) photo – a welcome wait as I caught my breath. 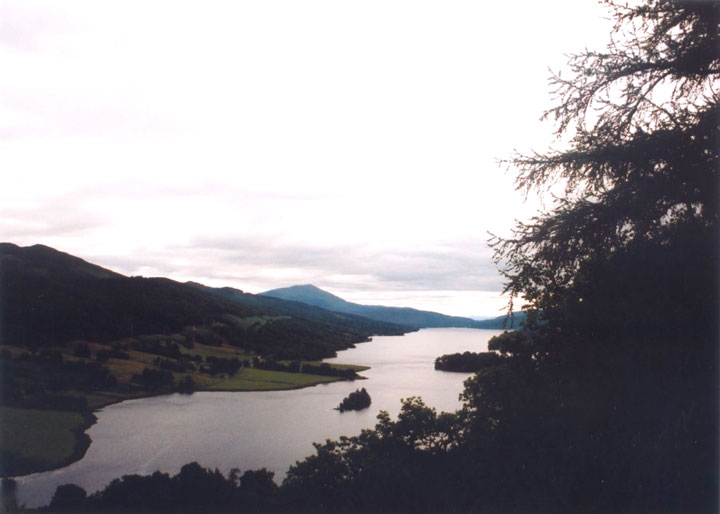 Then I headed back the way I’d come. This road is a good one for cycling, undulating and twisting as it follows the edge of Loch Tummel and then the River Tummel. After the sharp hairpin at the mouth of Glen Fincastle and a short, steep climb, the road is pretty much downhill all the way to the Garry Bridge car park, twisting as it clings to the edge of the river gorge, so I indulged in a bit of car-chasing.

Then it was past the Faskally Cottages stone circle and into Pitlochry, bustling with tourists as usual. Just before the A924 joins the A9, I turned left onto the minor road that follows the route of General Wade’s Military Road, turning off to the left again and climbing high up above the Tummel as it twists it way to its confluence with the Tay.

This narrow, hilly road takes you past the farms of Mains of Pitcastle and Milton of Pitgur before dropping back down to Ballinluig, where I joined the cycle track that runs along the edge of the A9. After a couple of kilometres I crossed the A9 at Haugh of Kilmorich – easier said than done! – and cycled down the rough track that gives access to a fishing beat, and under the railway.

Down at the river I turned right and followed the track along the edge of the field before turning right again back towards the A9. This may seem a bit of a roundabout route, but it saves crossing the railway line. Clach Glas stands in the corner of the field, not far from the railway embankment. 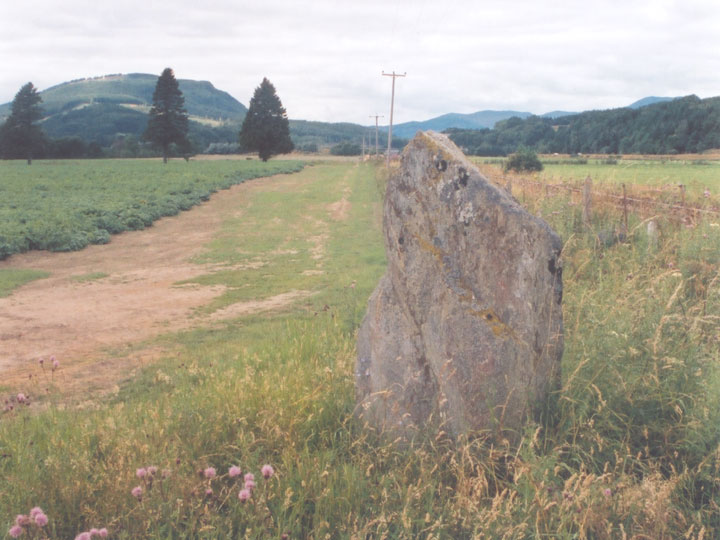 It is around 1.7m tall, and stands on a slight mound. 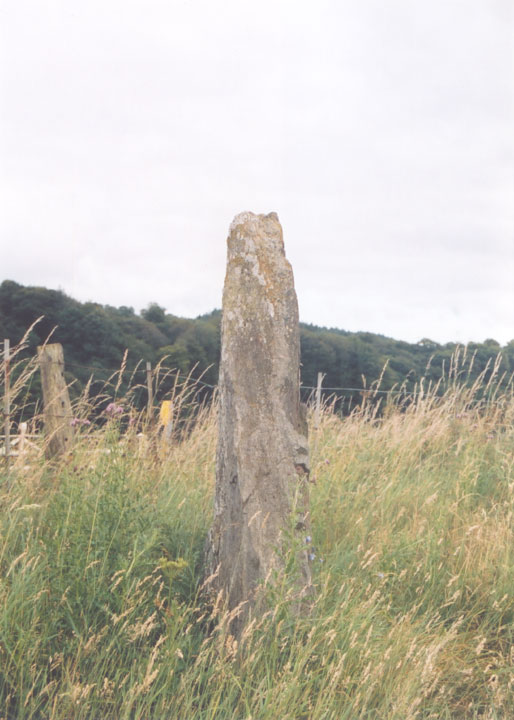 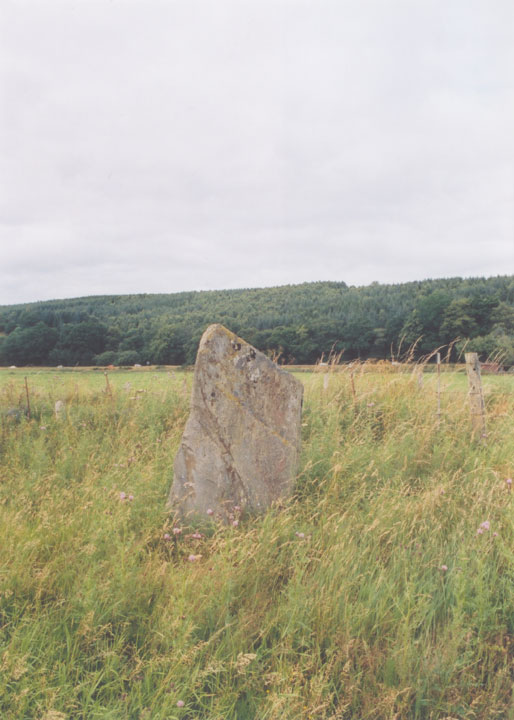 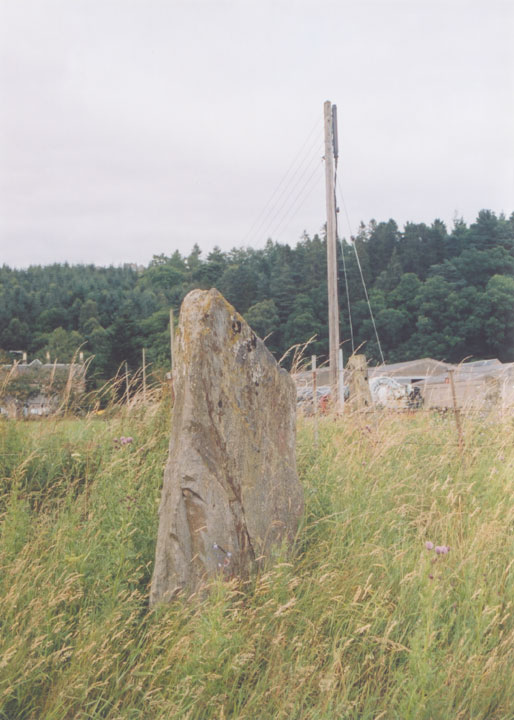 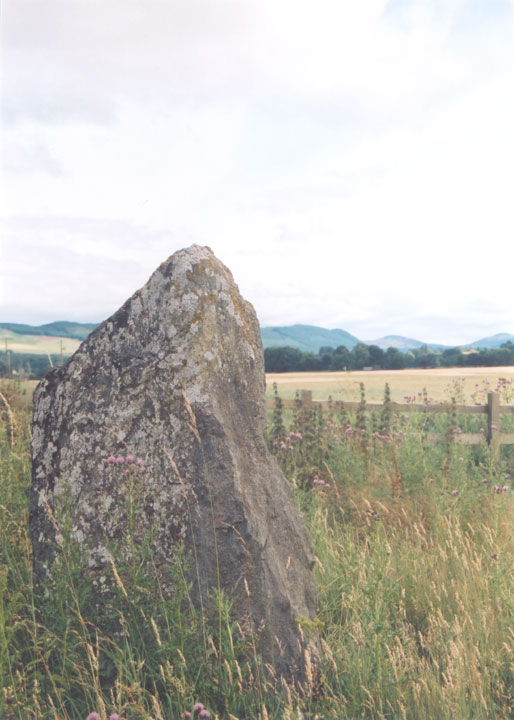 I re-traced my route back down the track to the river, stopping to look at the view. Considering you’re only a few hundred metres from the busy A9, it’s so peaceful here. 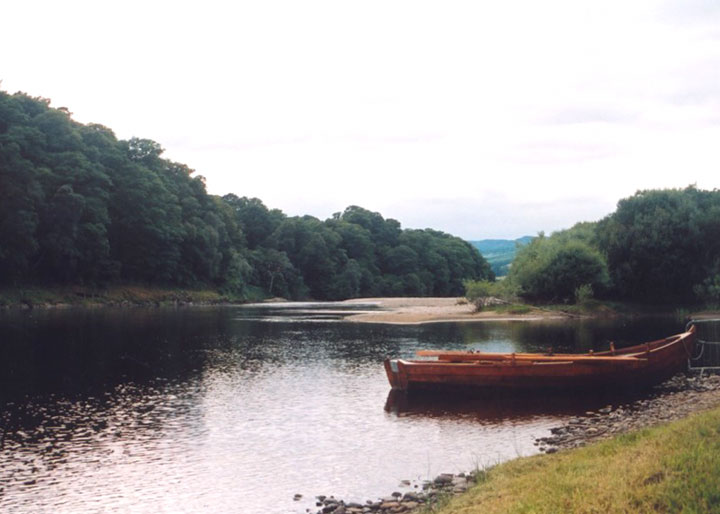 I cycled back up to the main road, crossed it, and continued south for another hundred metres, re-crossing the road at the next cottage. Just next to the hedge is a cross slab. 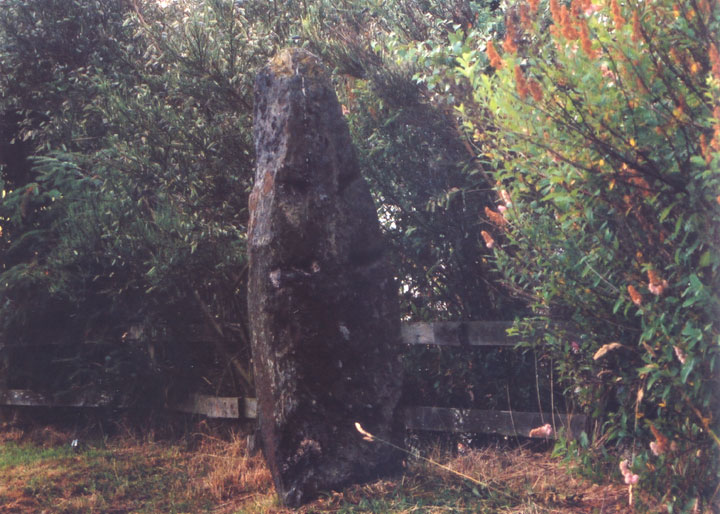 Writing in 1925 JH Dixon said it was believed to have been connected with a chapel of St Maroc on the terrace above. It certainly isn’t listed anywhere as a Pictish stone, and does look very like a christianised standing stone.

After negotiating my way back across the A9 safely, I headed north, reprising my route via Milton of Pitgur and Mains of Pitcastle on the long climb – with a few descents! – back up to Garry Bridge.