Yesterday was the first day of The Edinburgh Festival Fringe, so today we headed into the centre of town to see what was going on.

It was a beautifully sunny day, so we decided to make the most of the good weather and climb Calton Hill on the way. The views over Edinburgh from up here are good in pretty much any weather, but the sun definitely improves them. There was a slight haar hanging over the River Forth and the edge of Leith in the distance.

It was clearer looking towards Arthur’s Seat and the Salisbury Crags over Our Dynamic Earth and the Kirk of the Canongate, but still slightly hazy.

Calton Hill is a great vantage point for getting a good view of the Palace of Holyroodhouse.

On the top of the hill is the National Monument of Scotland, an unfinished memorial to the Scots who died during the Napoleonic Wars.

From up here you can normally see the River Forth, however today looking towards Granton and Newhaven the river was shrouded by the haar.

The same was true looking over Trinity, with Fife just visible over the low, misty clouds of the haar.

One of my favourite views from Calton Hill, and a pretty iconic one, is that along Princes Street with the Dugald Stewart monument in the foreground.

After spending a good while sitting and wandering in the sunshine, we made our way off the hill on the path down to Regent Road, which was lined with thistles. 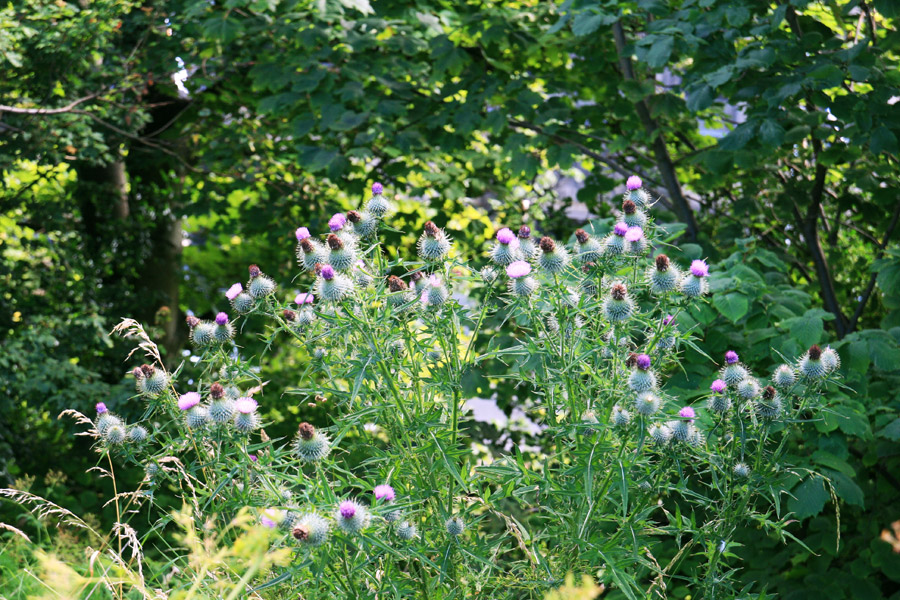 While crossing the North Bridge we looked back across Waverley Station towards the old General Post Office, which is built on the site of Dingwall Castle, an old castle I researched recently.

Occupied in the 16th century by Sir John Dingwall, the Provost of Trinity College Church, it seems to have had an earlier origin, and was originally a significant building of strength just outside Edinburgh’s old boundaries.

Turning onto the Royal Mile, we were greeted with the sight of throngs of people gathered in the street, a mixture of visitors and Fringe performers touting for business. 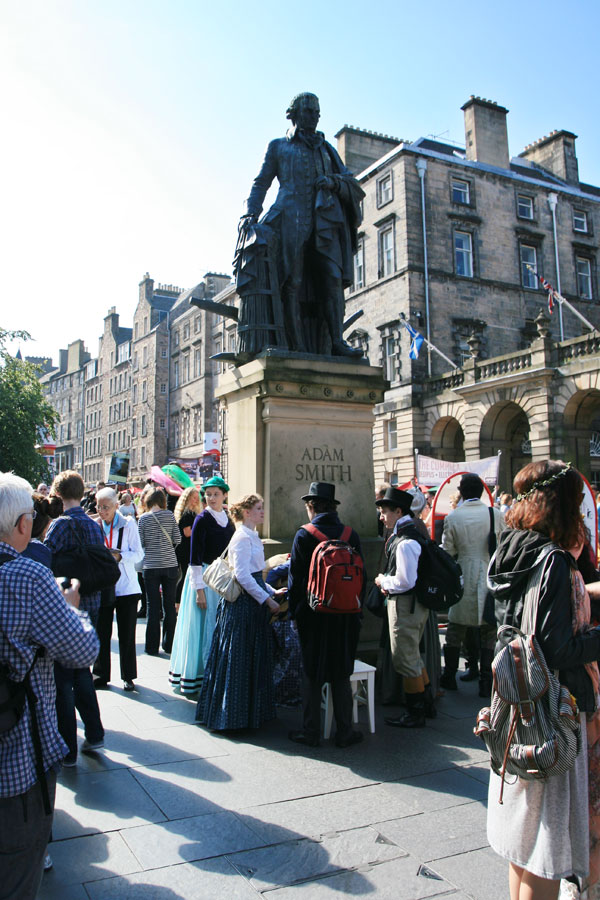 The crowds were being entertained by various street performers. 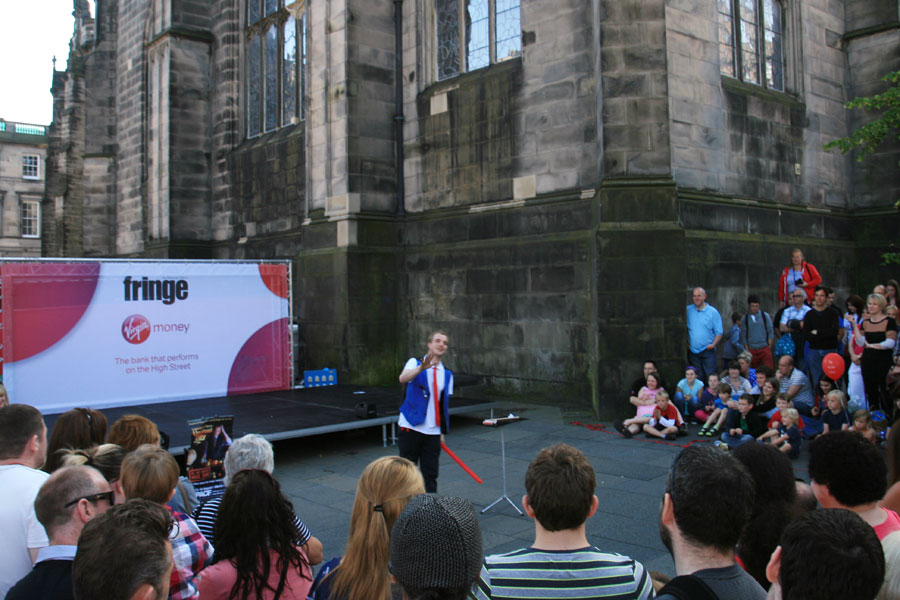 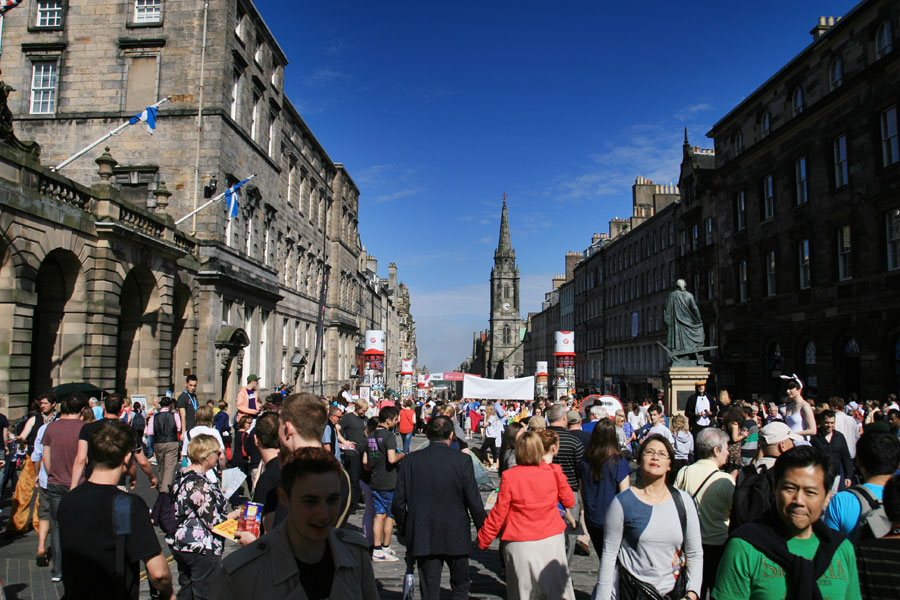 The population of Edinburgh is reputed to double during the Festival, and it seemed that a significant proportion of those extra people were packed onto the Royal Mile.

We turned off onto George IV bridge and headed down through The Meadows, which had a real buzz about it die to the good weather and the extra Festival goers. George Square Lane was lined with posters advertising various shows, including Richard Herring’s. 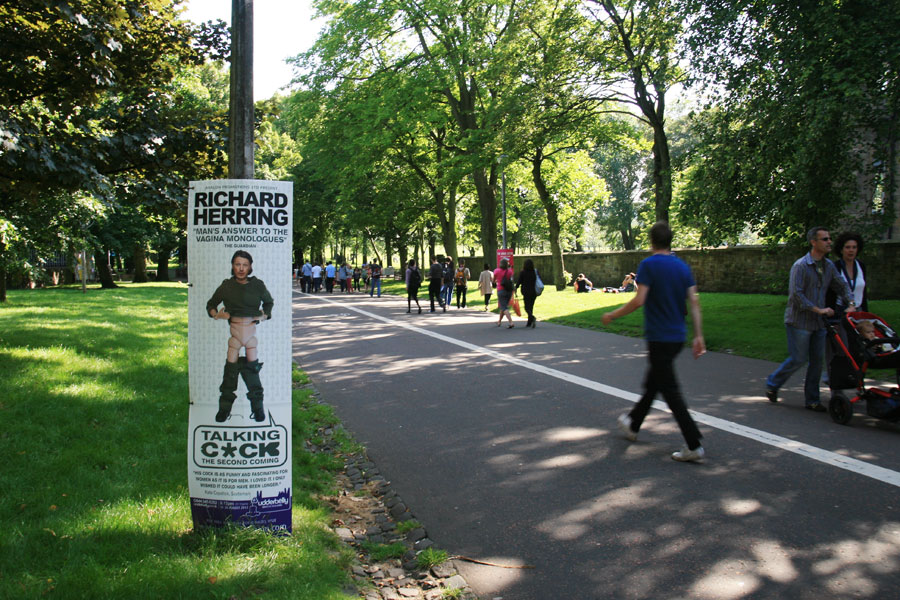 We skirted the north edge of The Meadows and crossed over onto South Clerk Street, heading for The Southern for something to eat. It’s owned by the same company as Holyrood 9A and the Red Squirrel, both of which we’ve been to and like, and The Southern was just as good.

After our meal we headed back up to the Royal Mile, where the annual ritual of putting up fliers on the massive posts was still going on. 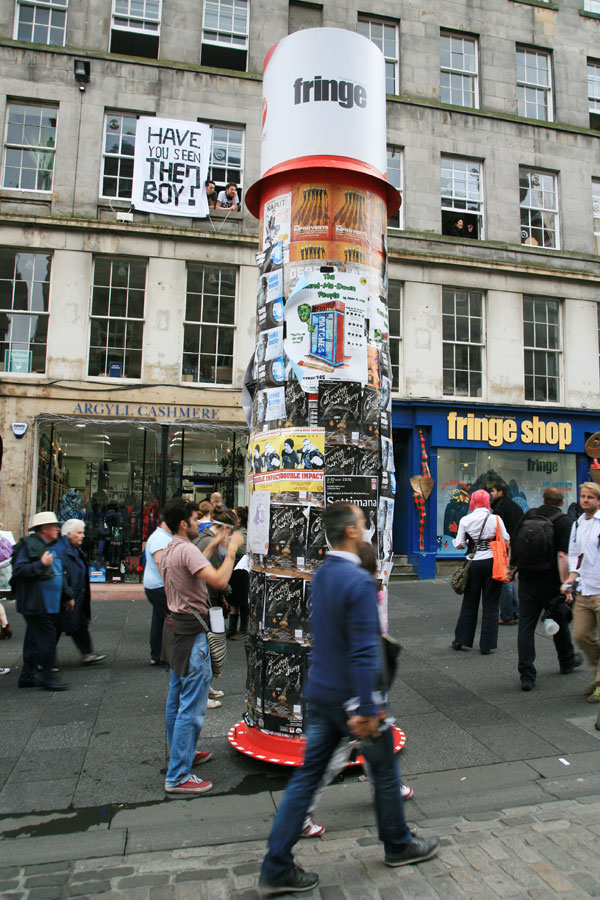 Walking back down from the Royal Mile, the warming sun had gone and there was a definite chill in the air. The haar had rolled in off the sea and the clear blue skies had disappeared behind the low grey mists, even hiding Edinburgh Castle from view on the North Bridge.

What a difference a few hours makes!