Lickprivick Castle was a 17th century castle which incorporated elements from a 14th century tower, but nothing of it now remains.

A nearby mound may be the motte of an earlier wooden castle, suggesting that Lickprivick Castle would have been built as a stone replacement, possibly in the 12th or 13th centuries.

If a structure was begun that early, it is likely that it was later rebuilt or added to considerably over the centuries, as it was later described as a large castle with towers and battlements.

The Lickprivicks of that Ilk are said to have owned the land before the time of Robert the Bruce, and in 1397 were granted the hereditary title Sergeantry and Coronership in the Lordship of Kilbride by King Robert III.

In 1546 Andrew Hamilton of Lickprivick, Shawfield and Midhope was burgh commissioner for Glasgow.

By the end of the 16th century Lickprivick Castle was in ruins, Robert Lindsay presumably preferring his nearby seat of Crossbasket Castle.

Around 1733 the now ruined castle was pulled down, leaving just a scattering of stones, and by 1840 all traces of the castle had gone. The site is now on the edge of a housing estate and covered by a grassed area and paths.

Lickprivick Castle is in the parish of East Kilbride and the county of Lanarkshire. 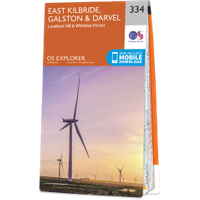 John Lindsay
Edinburgh, 1901
Buy from AmazonDownload
The History of Rutherglen and East Kilbride