Cunninghamhead Castle was a tower belonging to the Cunninghams although nothing of it now remains.

In 1376 Sir Neil or Nigel of Cunningham was granted the the lands of Barns which were resigned by Patrick of Polwarth. Sir Neil may appear as the neighbouring laird in a fable regarding the Anstruthers of Anstruther although some sources state that it was the laird of Thirdpart.

Sir William Anstruther is said to have lived at Dreel Castle in Anstruther with his daughter, Margaret, his son being at the court of Robert. Margaret is said to have fallen in love with the 22 year old Patrick Home, whose ancestor had supposedly killed Sir William’s grandfather on the Firth of Forth. The story goes that Sir William was in dispute with a neighbouring laird who seems to have had intentions regarding Margaret of which Sir William did not approve leading him to insult the laird. This prompted the laird to devise a plot to kill his neighbour.

The laird invited Sir William and Margaret to his house but a wandering beggar got wind of the plan and informed Sir William who then invited the laird to Dreel instead. When he arrived Sir William hit him over the head with an axe and killed him. Sir William vowed to repay the beggar’s kindness in warning him of the danger and did so by offering his daughter’s hand in marriage, at which point the beggar is supposed to have cast off his disguise to reveal himself to be Patrick Home.

In 1494 Sir Robert Cunningham, described as laird of Cunningham, had a sasine of the 6 shilling, 8 penny (or half merk) lands of Estir Brouncastell, once owned by James Hamilton, an illegitimate son of James Hamilton of Torrance, along with Peristoun in Ayrshire.

In 1501 Robert Cunningham of Cunninghamhead, possibly the same Robert as previously mentioned, seems to have sold and alienated the 8 shilling, 4 penny lands which extended from the old Browncastle to William Schaw of Polkemmet in 1501. These may have been different, neighbouring lands to the 6 shilling, 8 penny lands of Estir Brouncastell as in 1510 the king confirmed Robert Cunningham of Cunninghamhead in various lands including those.

David Lindsay of Linbank released the feu and quitclaim of the 6 shilling, 8 penny lands of Estir Brouncastell in 1624 which may indicate that the lands had been rented out as in 1630 they were once again in Cunningham hands.

In that year William Cunningham of Cunninghamhead, his wife, Elizabeth Nicolson, and their son and heir, also William, received a confirmation of various lands including the superiority of the 6 shilling, 8 penny lands of Brouncastell. However in 1644 the king ratified a charter and infeftment of 1637 to Bryce Semple of Cathcart which included the six shilling, eight penny land of Easter Browncastle.

Cunninghamhead Castle is in the parish of Dreghorn and the county of Ayrshire. 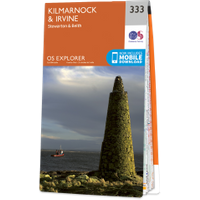 History of The Family of Anstruther

bed and breakfastIrvine
3.6km away

bed and breakfastIrvine
5.3km away