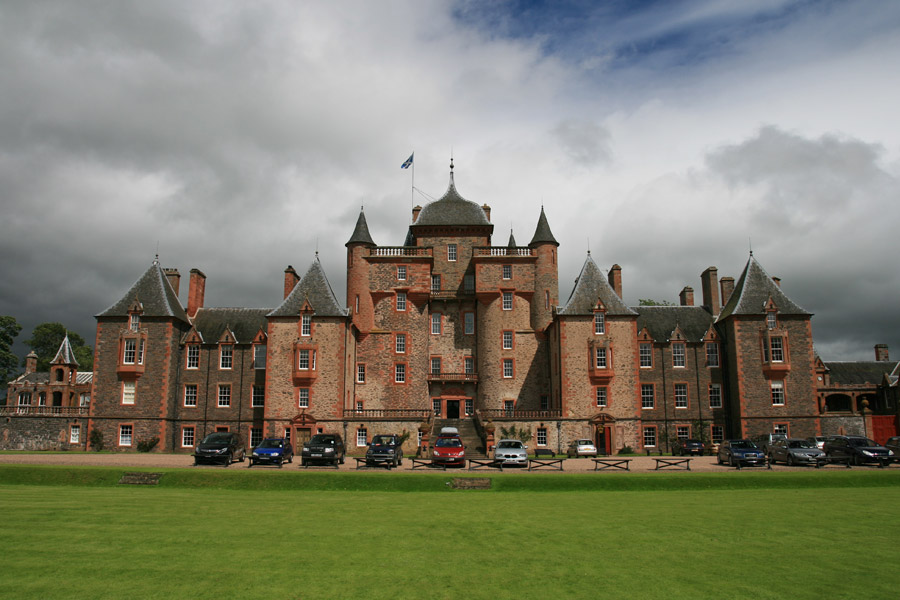 We’ve been meaning to visit Thirlestane Castle for some time now, but for various reasons hadn’t managed until today, when we finally made it there.

Begun in the late 16th century by John Maitland, Keeper of the Privy Seal of Scotland and later Lord Chancellor of Scotland, it is still home to the Maitland family today.

John Maitland’s original castle consisted of a long rectangular main block with a round tower at each corner. This forms the central section of Thirlestane Castle in its present form. In the 17th century Maitland’s grandson, John Maitland, the 2nd Earl of Lauderdale, had the castle extensively remodelled by Sir William Bruce, who added, amongst many other things, a grand staircase leading up to the front door.

The tops of the round towers were corbelled out to create square rooms at the top, although this work was done by David Bryce and William Burn in the 19th century, with Scots baronial turrets added to their outer corners.

An ornately-carved doorway was added into this new section, as befitted the increasing social status of the Maitland family.

We were lucky with the weather today, it was pleasantly warm although very windy, with the bright blue sky contrasting nicely with the red sandstone stonework.

Unfortunately no photography is allowed within the castle, so you will have to use your imagination! However, suffice to say the interiors, designed by Bruce, are suitably luxurious, with rich plasterwork ceilings in the Renaissance style.

Back outside again, walking around to the back of the castle shows the continuation of the original rectangular block, with three narrow semi-circular towers on each side, joined by an arched balcony.

At the eastern end, that is to say the rear, of the castle, the old round corner tower can be seen, more or less in its original state save for the addition, by Bruce in the 17th century, of windows.

Along the north and south walls of the old castle are a series of filled-in gun loops, showing that the castle did originally serve a defensive purpose prior to its transformation into a grand mansion house.

Bryce and Burn were also responsible for adding the low wings extending from either side of the main castle, which housed a variety of servants’ accommodation, kitchen, laundries and so on. The south wing contains a country life museum, while the Maitland family now live in the north wing, with their private garden behind it.

There is also a garden, open to the public, on the south side of the old castle behind the south wing, with colourful flowers on display. 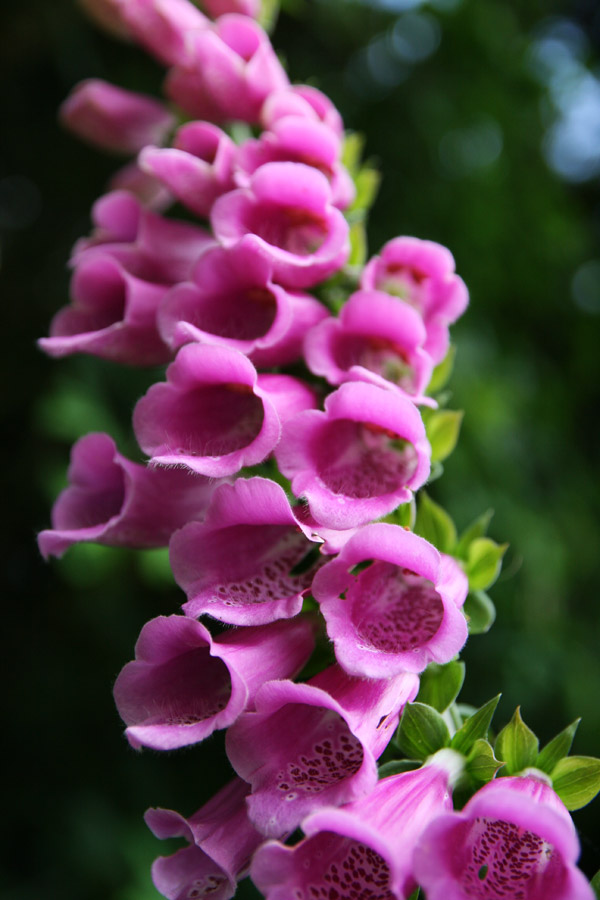 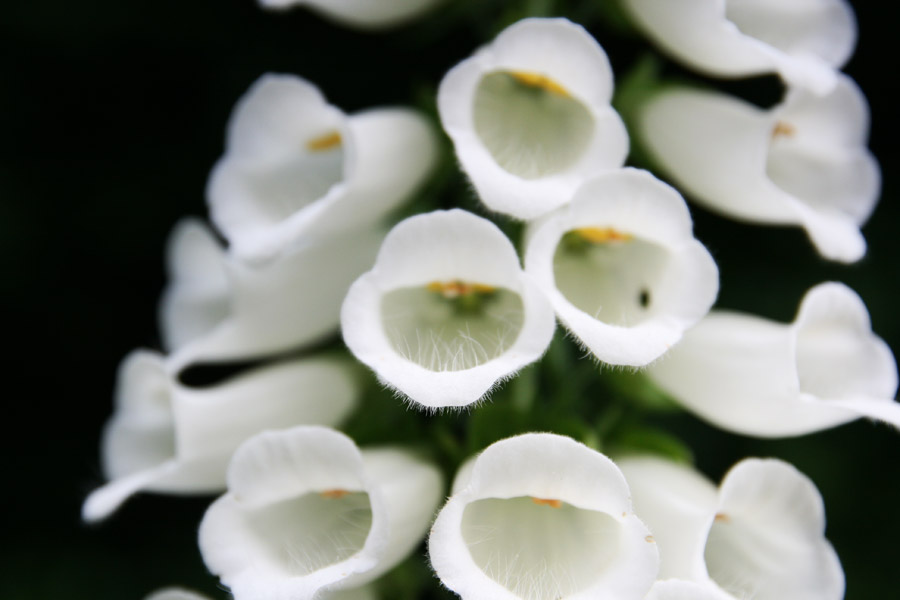 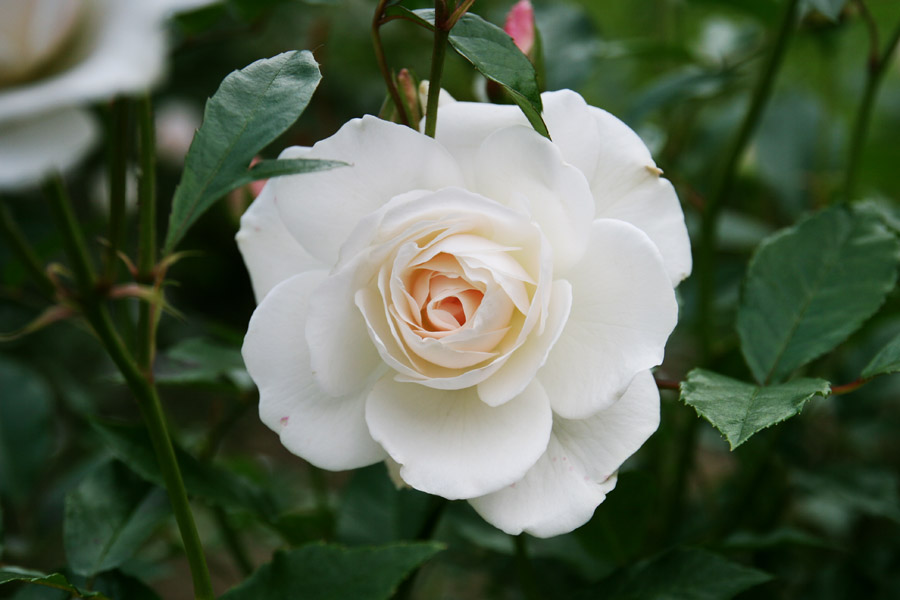 One of the most distinctive features of Thirlestane Castle is the shape of the roofs, largely the work of Bryce and Burn in the 19th century. The ogee roof of the central tower, and the conical roofs of the round turrets, create a distinctly fairytale look.

It’s that distinctive roofline which sets Thirlestane Castle apart visually as something special, which, combined with the treasures within, makes it well worth a visit!