Since my girlfriend had work to do this weekend, we didn’t go far, but felt we had to get out of the house for some fresh air. Even if it was as the sun was starting to go down!

We managed to get just outside the city limits of Edinburgh, crossing the bypass on our way to Dalhousie Castle.

Possibly dating back to the 12th century but added to over the centuries, Dalhousie Castle is an interesting and complex collection of towers and turrets.

The castle is now run as a luxury hotel, and one of the activities on offer is falconry, with the castle keeping its own birds. We couldn’t see any falcons, but there were plenty of owls, including an Eagle Owl and a Great Grey Owl. 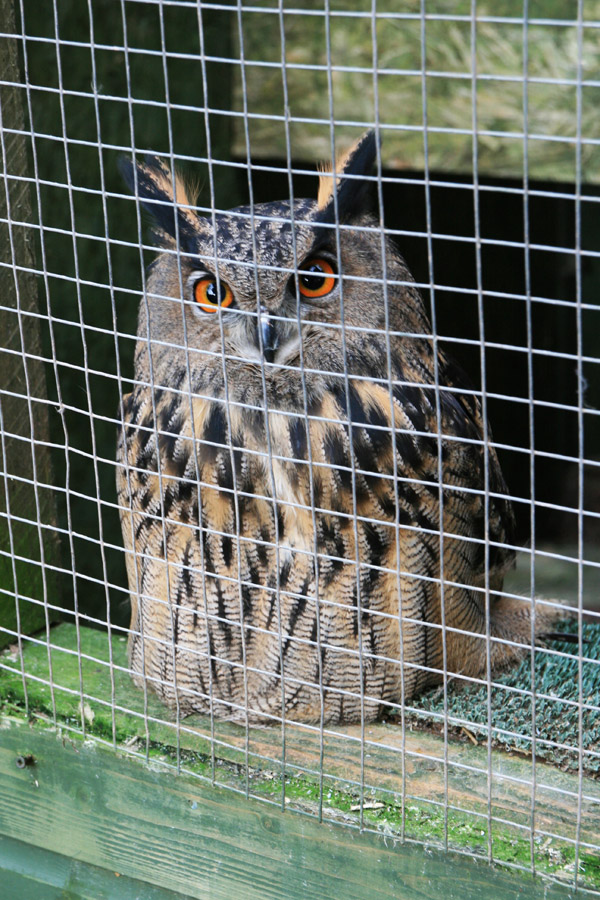 The approach to the castle itself is dominated by the massive circular tower, which was added to the corner of the courtyard wall in the late 15th century.

The courtyard wall is no longer visible in its original form, the castle having been extended out to, and incorporating, the wall over the years. Next to the round tower is the main entrance to the castle, with a tall niche for accepting a drawbridge.

There was originally a moat at Dalhousie, passing through where the gravelled car parking area now is, and the drawbridge was required to cross it. The tall entrance with the round tower flanking and moat below it is very reminiscent of Direlton Castle.

Above the entrance is a section of parapet walk, adjoining the round tower, and the surface of both is covered with ivy.

On the south side of the castle it’s possible to get an idea of what a well-defended castle it would have been originally, as part of the moat was excavated in the 20th century, and the ground now falls away steeply to a bend in the River South Esk.

With the sun continuing its inevitable descent, we headed for home and left Dalhousie Castle behind us.