This morning Bruce told us that he didn’t want to carry on walking as his blisters were causing him real problems. After breakfast at the Inversnaid Bunkhouse he got a lift with Marion down to the Inversnaid Hotel, a ferry across to Inveruglas, and a bus to Glasgow. It was a shame to see him go but his blisters were clearly painful. The rest of us got ready, settled up when Marion came back up to the bunkhouse then got a lift with her back down to the Inversnaid Hotel, where we took a few photos before setting off. 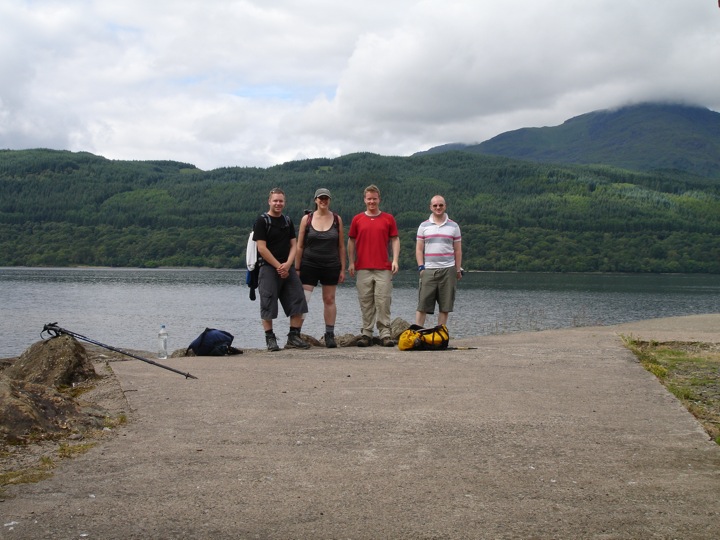 We set off into the woods again, but managed about 1km before taking the first break of the morning! It was with good reason though, stopping to find Rob Roy’s Cave. 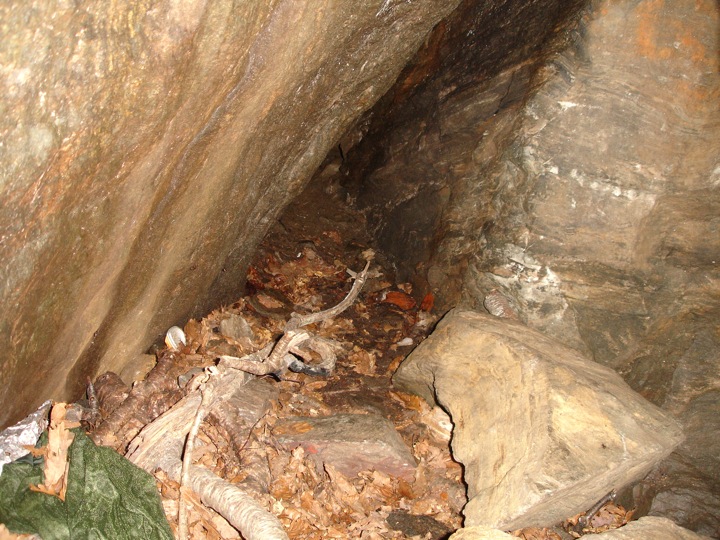 For the next couple of kilometres we were following a narrow twisty path high above Loch Lomond Eventually we came back down to loch level, where the views up the loch towards Island I Vow are fantastic, and a welcome sight after all the walking in the forest. 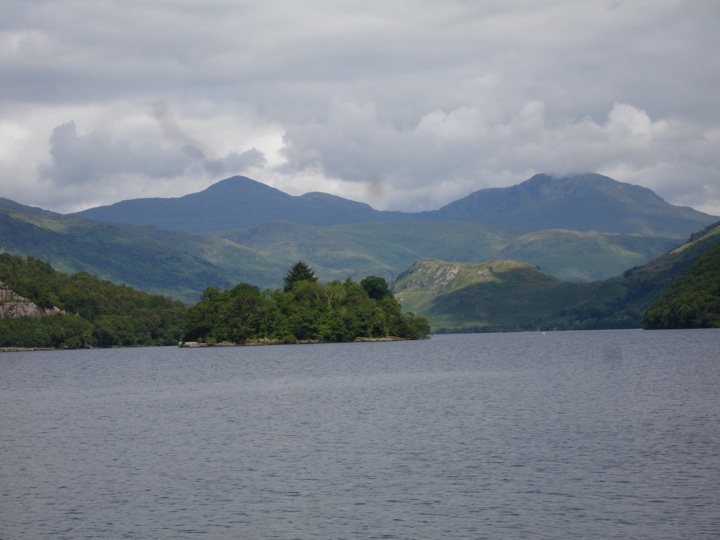 The path started to climb once again as we passed the island, and it wasn’t long until the foliage started to thin out. Since the sun was hot even through the trees, we stopped for a break in the shade before heading out into the open. As we passed the bothy at Doune we were exposed to the sun’s full power for the first time today, and it was incredibly hot. 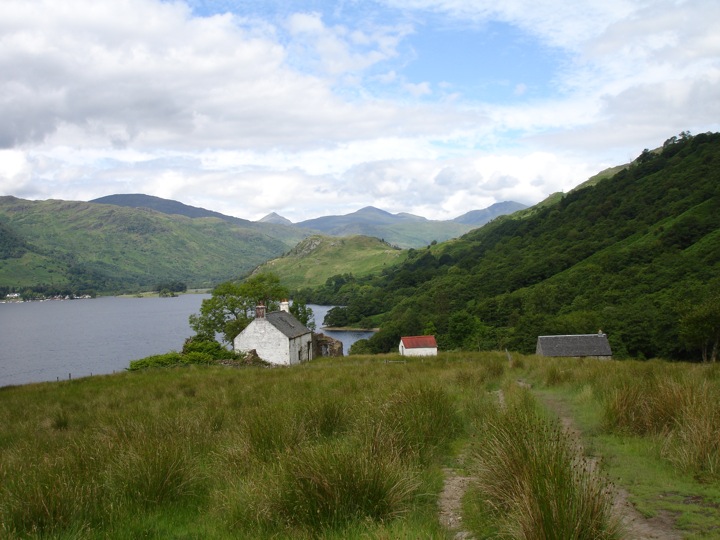 I was suffering a bit with heat rashes on the backs of my legs again, just like last year, and being so exposed really wasn’t helping. After the beach near Ardleish the path climbs away from Loch Lomond, which means great views back down the loch. 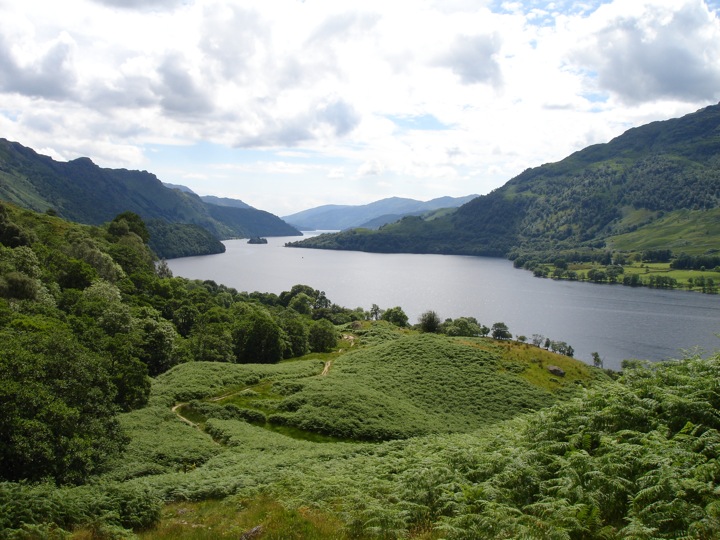 We had no protection from the sun (suncream aside) for the next couple of kilometres, as the path is rather exposed as it continues above the River Falloch, which flows down to the head of Loch Lomond. 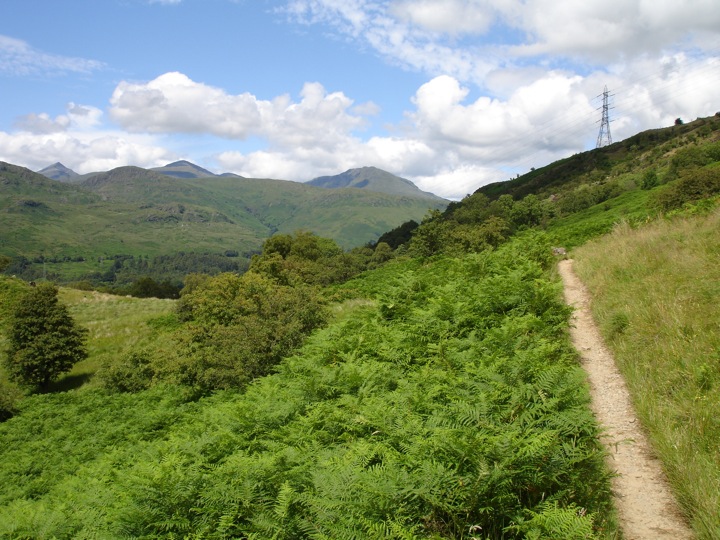 When we got to Beinglas farm we crossed the bridge and walked the short distance back along the road to the Drover’s Inn. The tables outside were packed with people enjoying the sun, but inside was almost empty and we were grateful for the shade! After a good rest and another application of suncream we headed back up the road and across the bridge and rejoined the path behind Beinglas farm, following the River Falloch up through Glen Falloch, which was looking particularly green and lush. 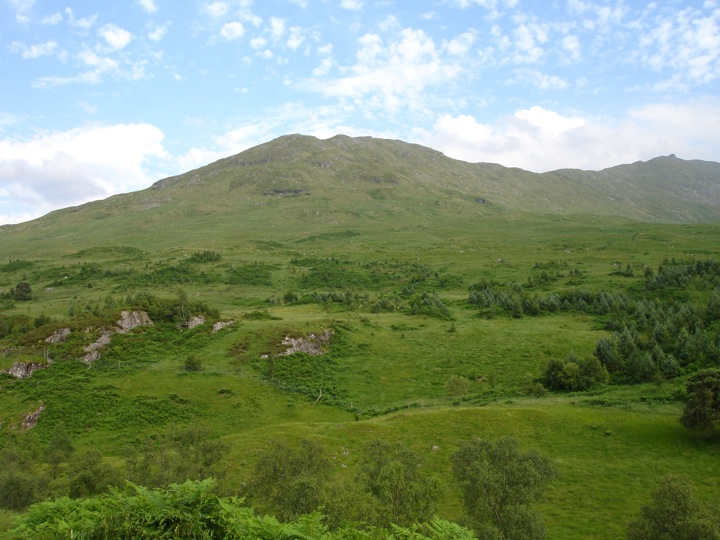 At Carmyle Cottage we stooped through the sheep creep under the railway and main road and climbed up onto the other side of Glen Falloch. 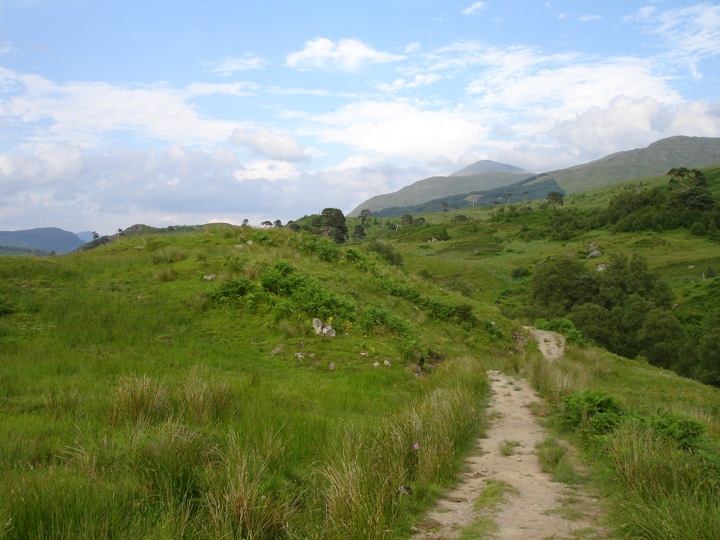 After a couple of kilometres walking in the harsh sun we passed Keilator farm, and soon after the path heads into the shade of the forest above the Bogle Glen. 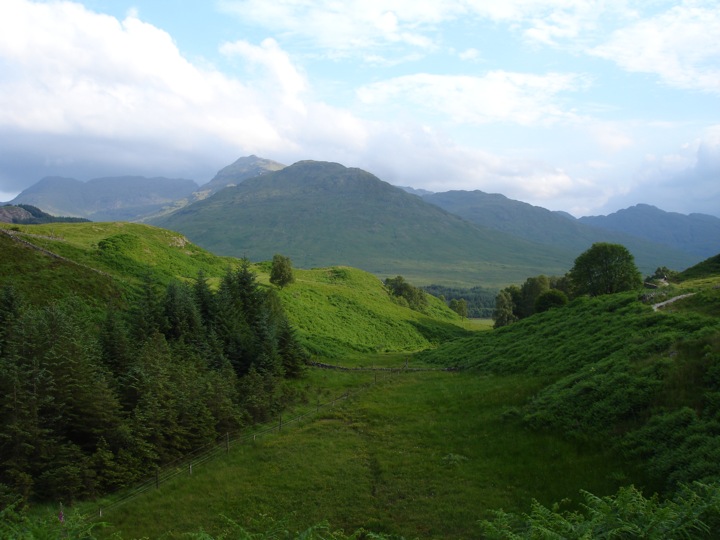 A short while later we emerged from the forest into Crianlarich, and walked along to the Rod & Reel for dinner, before continuing on to Inverardran House where we were staying the night in their Ben Challum cottage attached to the main house. After showering and aftersun application, Mark, Gregor and myself popped out for a couple of pints across the road at the Ben More Lodge before settling in for the night at the cottage, preparing ourselves for another day’s walking.