Today we visited two castles in Perthshire which for unknown reasons seem to be visited less often than many other. Elcho Castle stands on the south bank of the River Tay in the south-eastern corner of Perthshire. As we approached the castle there was a flock of swans wandering around the neighbouring field. 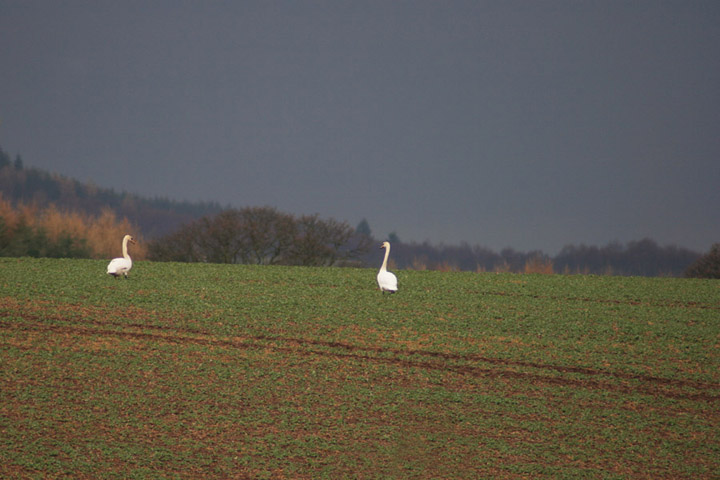 A massively-strong and grand 16th century tower house, it rises up out of the surrounding rolling farmlands as an imposing structure. 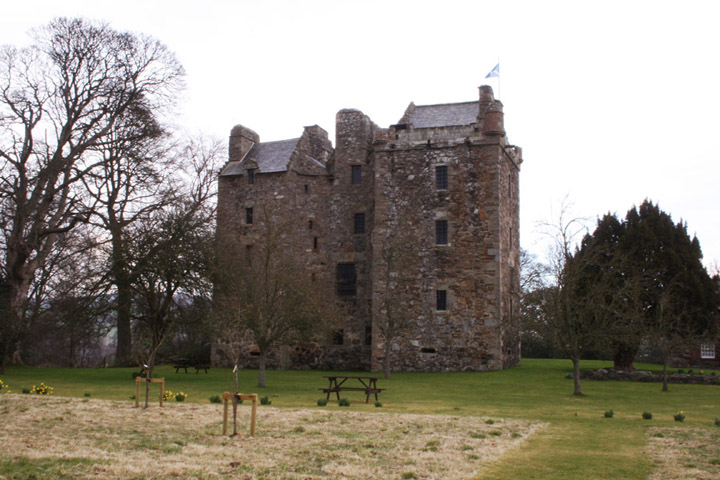 Built by the Wemyss family in 1560, it is still owned by them today. Although much of the interior is in ruins, with floors missing and only wooden beams in their place, small sections of ornate 16th century plaster work have survived in the main hall and bedroom. 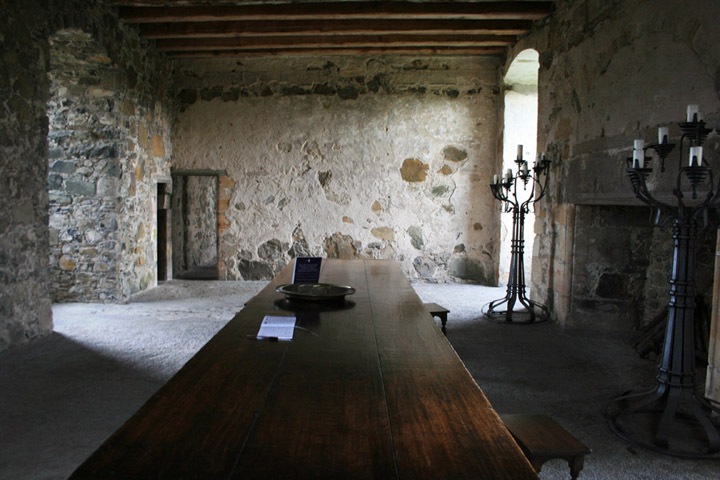 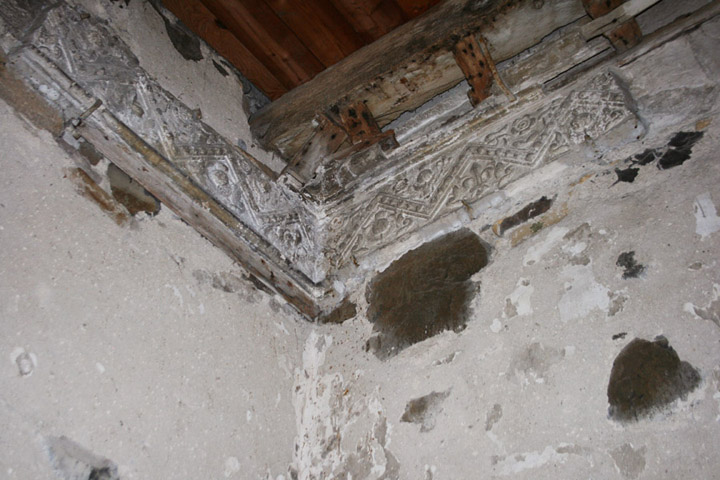 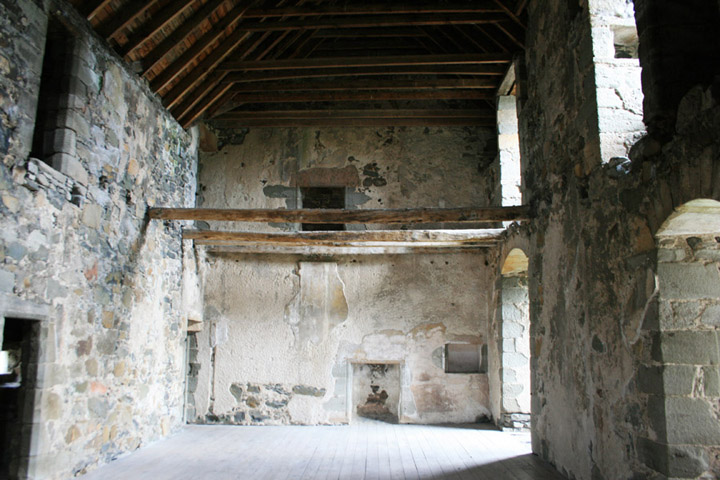 Access to the walkway on the roof gives impressive views over the countryside and the river, and also allows a closer inspection of the architectural details. 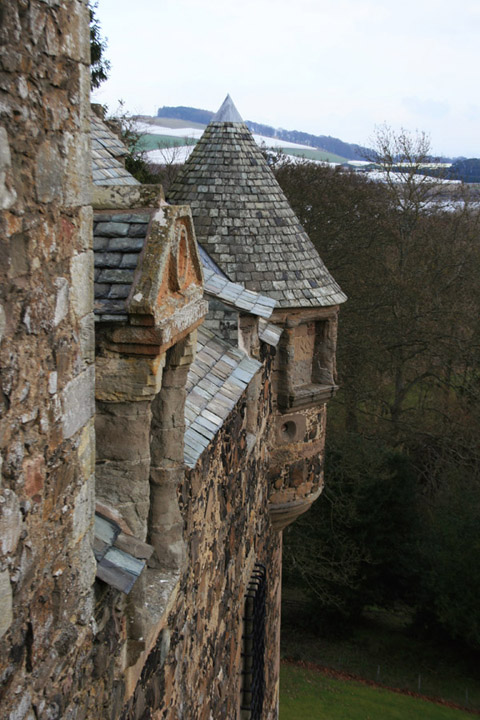 On the north side of the castle the land falls away towards the river, further enhancing the strategic defensive position. 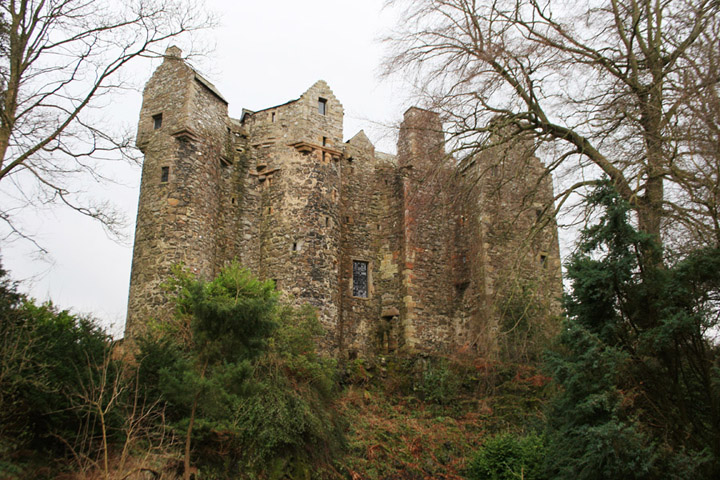 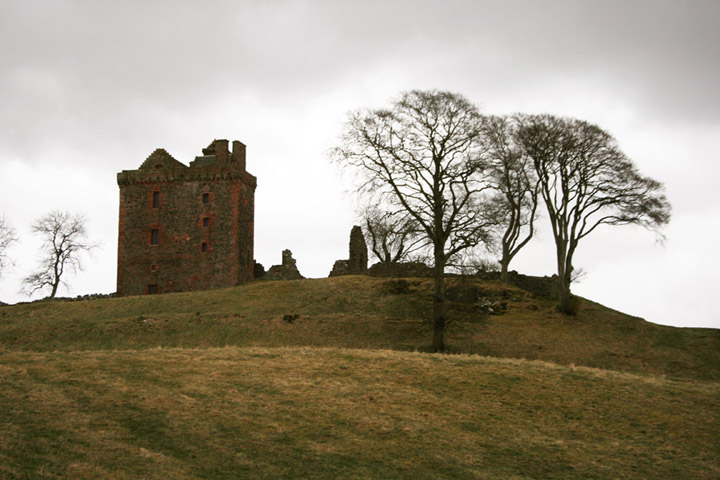 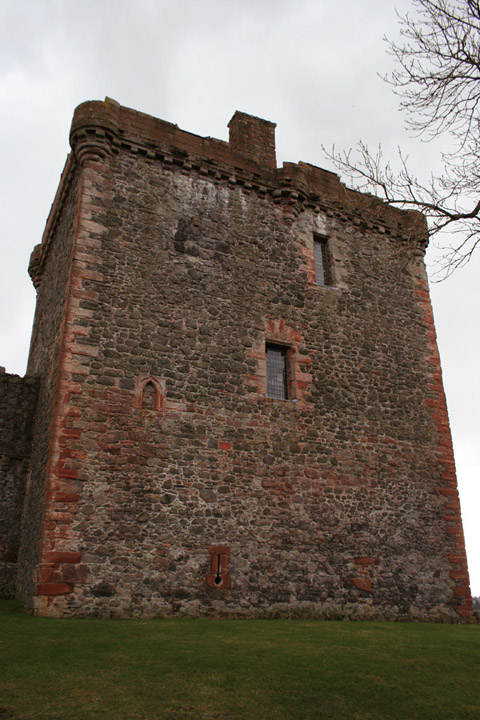 Built by by Sir Andrew Murray, of the Murrays of Tullibardine, after he inherited the lands of Balvaird through his wife, Margaret Barclay, there are the remains of their coats of arms above the door. 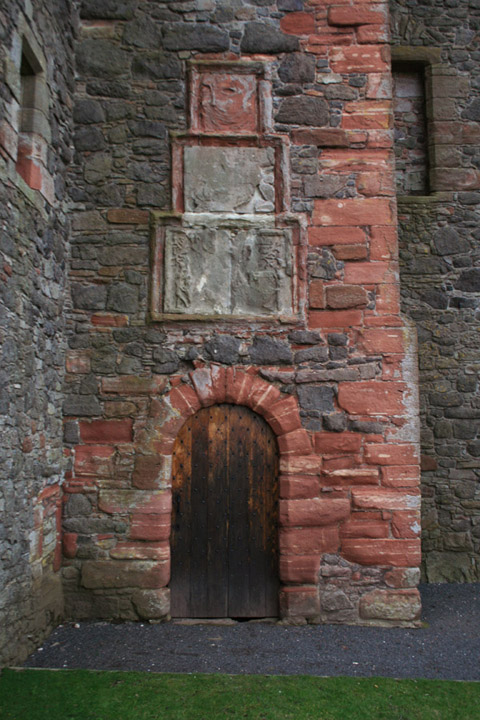 There are several interesting architectural details, including small carved faces under the corner turrets on the battlements. 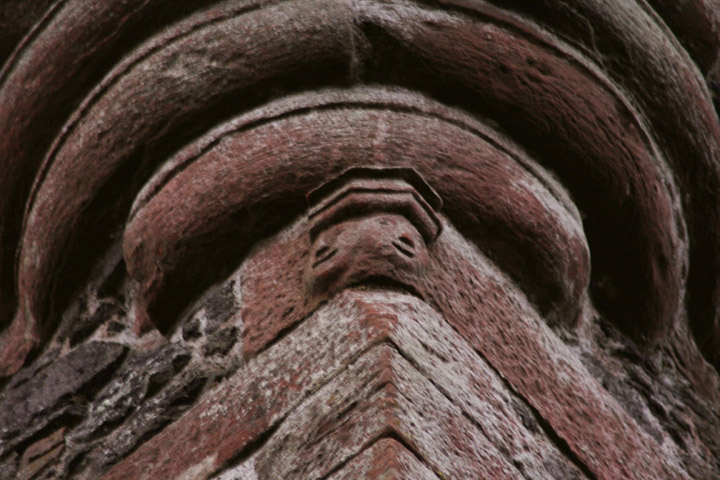 The castle was once surrounded by a courtyard wall, the remains of which can still be seen on the ground.

With a lightning storm starting on the snowy horizon, and hail starting to fall, we decided it was time to leave and headed back down the M90 to Edinburgh.