Two ancient chapels and a castle in Perthshire

For the second weekend in a row we ventured north to Perthshire, this time with the intention of visiting a couple of early 16th century chapels which both escaped the Reformation of 1560 largely unscathed.

Tullibardine Chapel was founded by Sir David Murray of Dumbarton in 1446, who lived nearby at Tullibardine Castle (now gone). However the building you can see today is thought to date from around 1500. 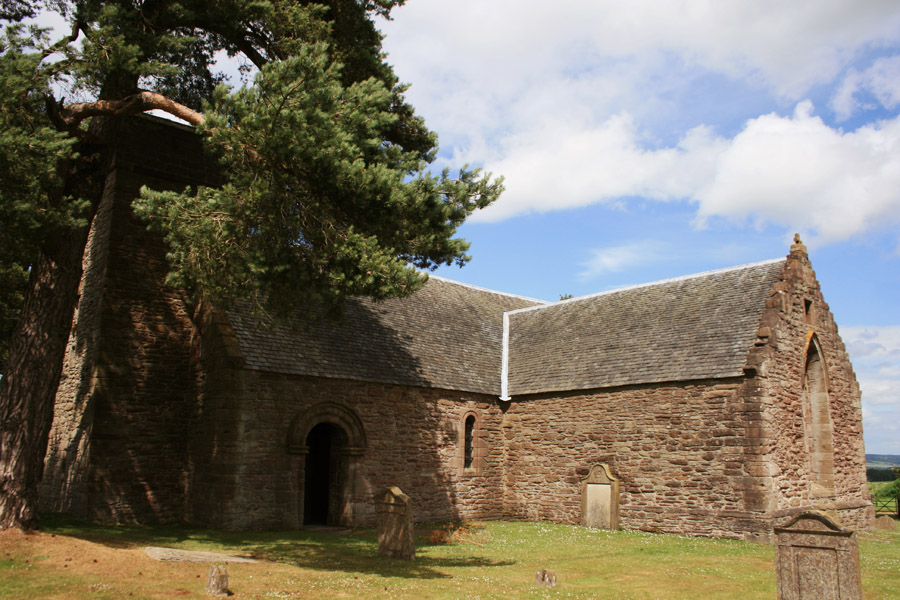 Built on a cruciform plan, it has a small tower at the west end. The interior of the chapel is now empty as it is no longer used as a place of worship. 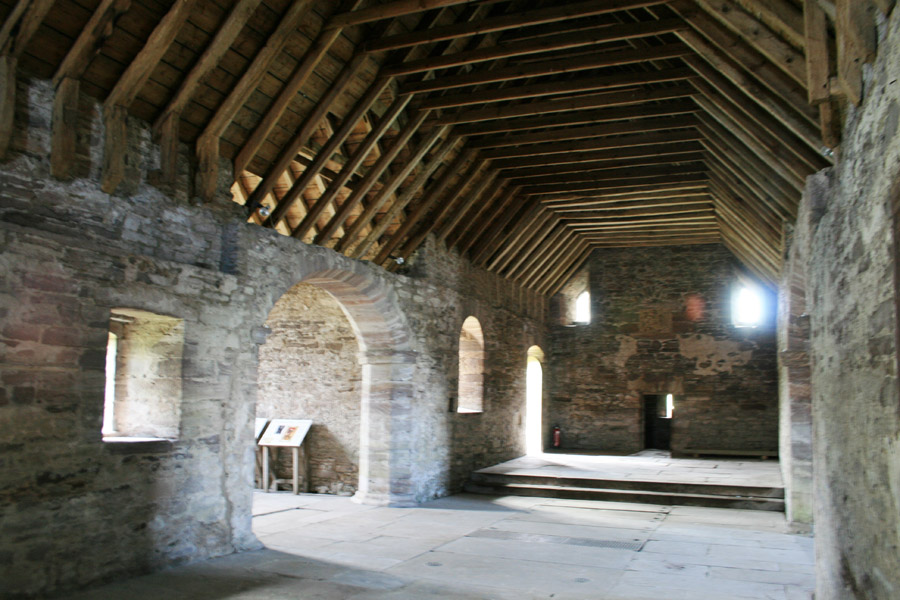 In the churchyard are some beautifully-carved grave stones.

From Tullibardine we drove up through Muthill to Crieff, taking the Broich Road to Innerpeffray. Occupying quite an isolated spot on the banks of the River Earn, it’s hard to imagine that Innerpeffray was once a cultural hotbed of learning.

It is most famous for Innerpeffray Library, which was founded by David Drummond, the 3rd Lord Madderty, around 1680, in the loft of St Mary’s Chapel (now known as Innerpeffray Chapel). It was the first free lending library in Scotland, and made 400 of the Drummonds’ books available to the public. In 1762 the library moved to a purpose-built building next door.

Innerpeffray Chapel was built in 1508 as a place of worship for the local population. However following the Reformation it was used as burial vault by the Drummond family. 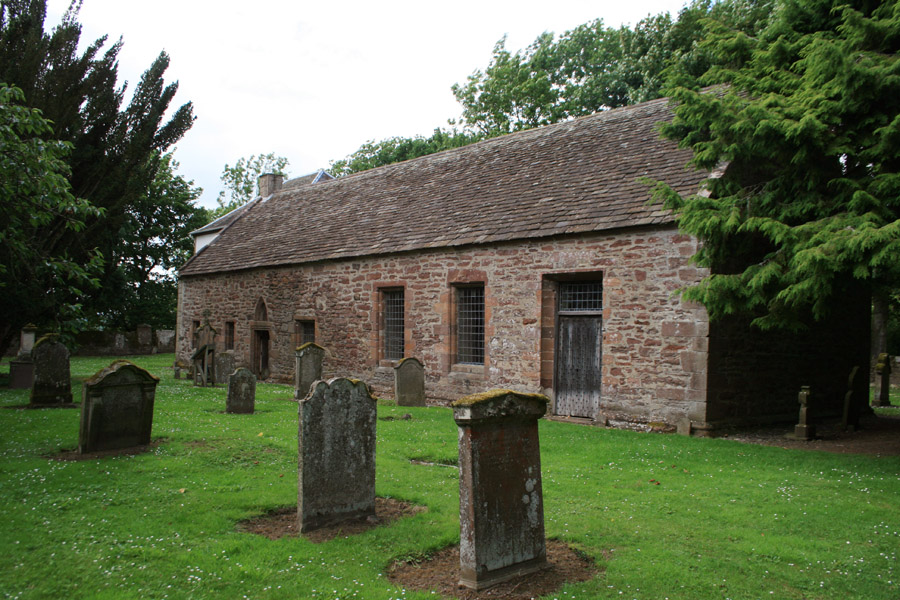 Like the chapel at Tullibardine it is now empty. 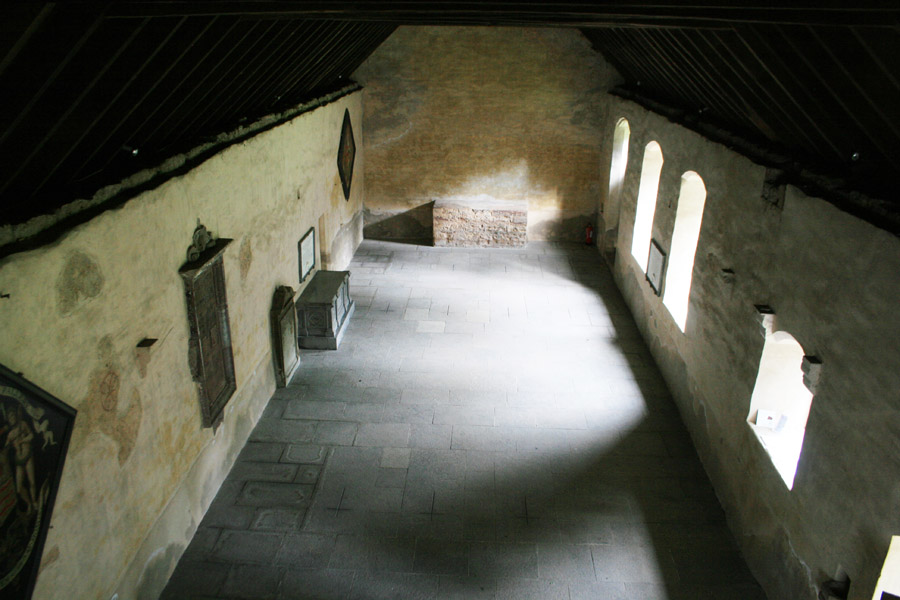 While there are several carved gravestones in the churchyard, one particularly ornate (and poignant) example has been moved into the chapel to protect it from the elements.

Carved by a mason, John Faichney, after the death of his wife Joanna in 1707, it also commemorates their ten children who died before their mother. Each child is represented by a small carved figure. 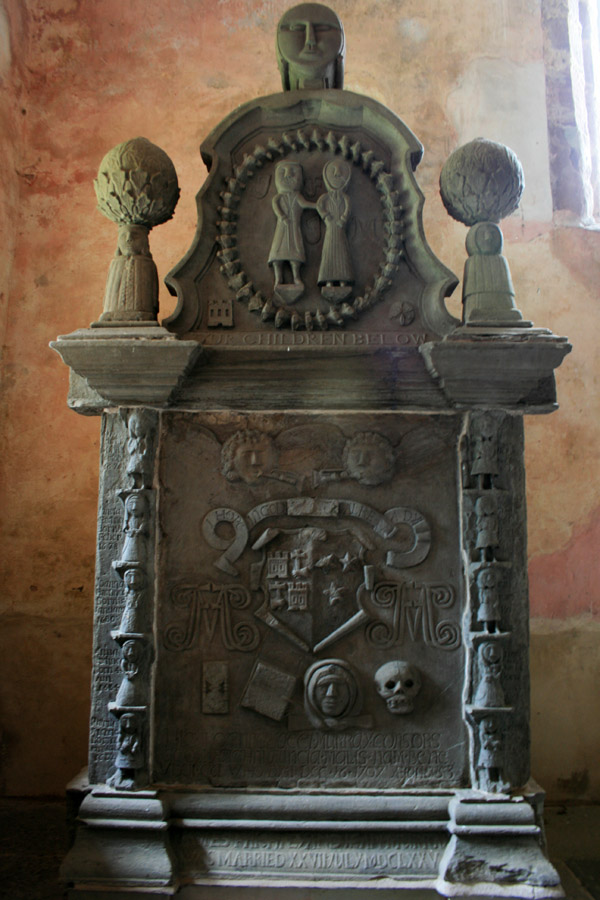 Not far from the chapel, along a farm track, is Innerpeffray Castle. We made slow progress as the track was covered with hundreds of tiny frogs, hopping all over the place. 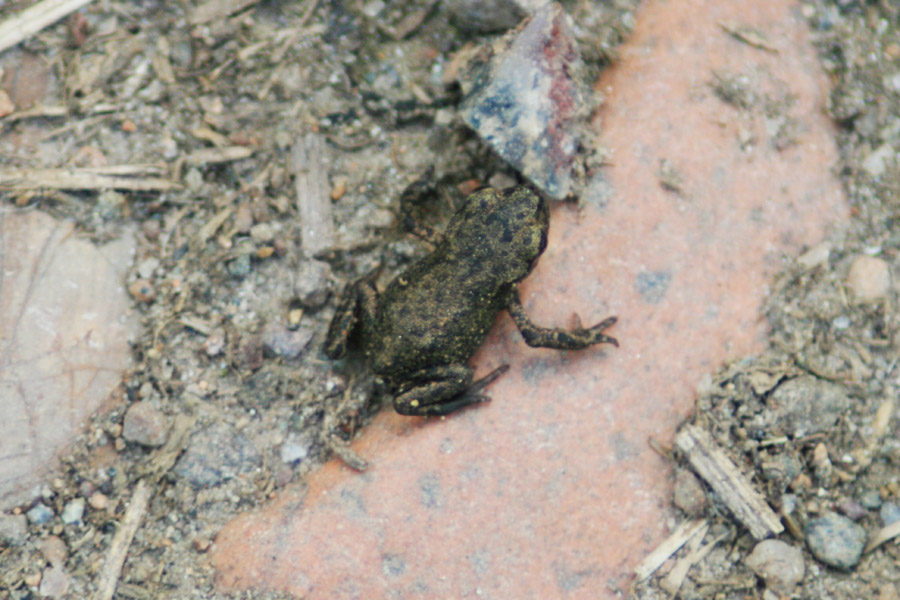 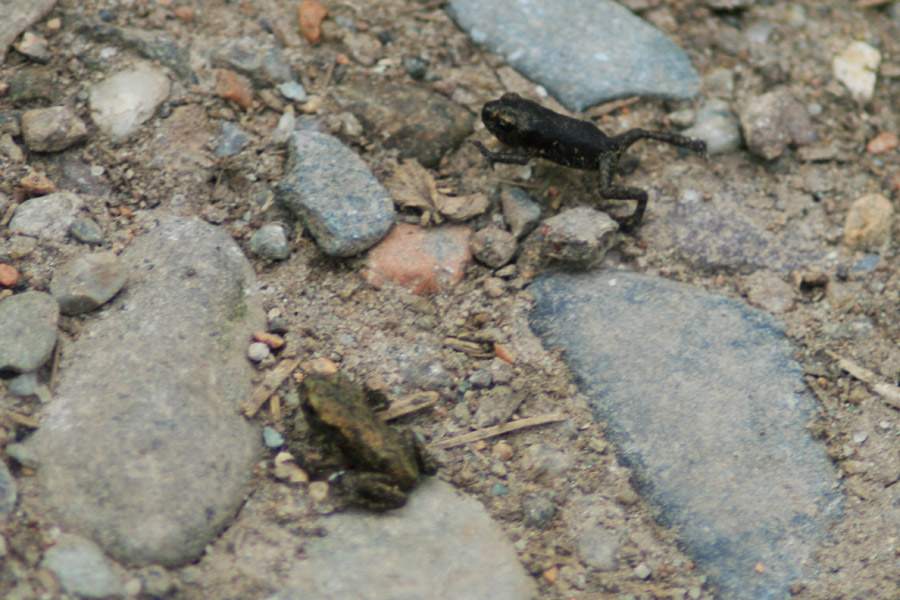 Built in the second half of the 15th century, Innerpeffray Castle was extended and modified in the early 17th century, but is now in ruins. 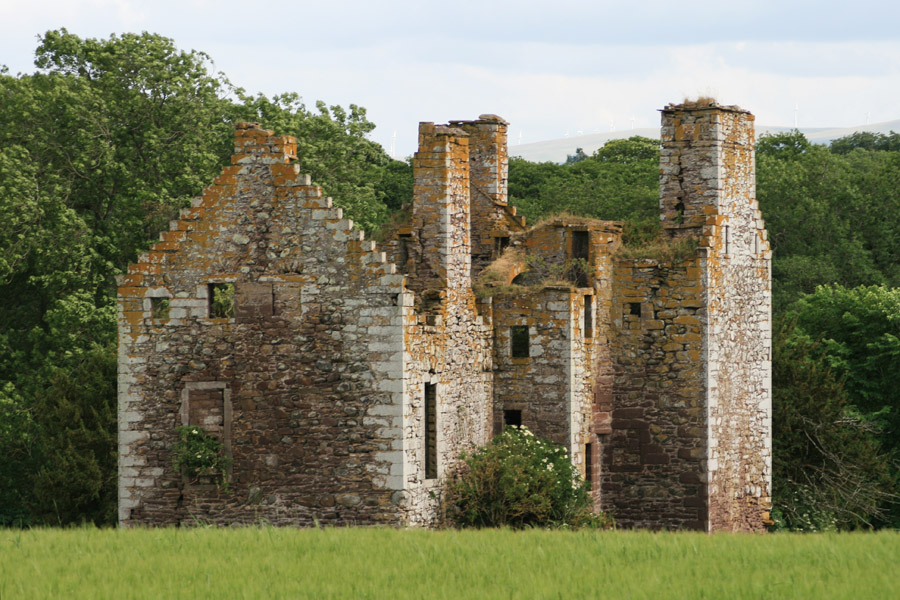 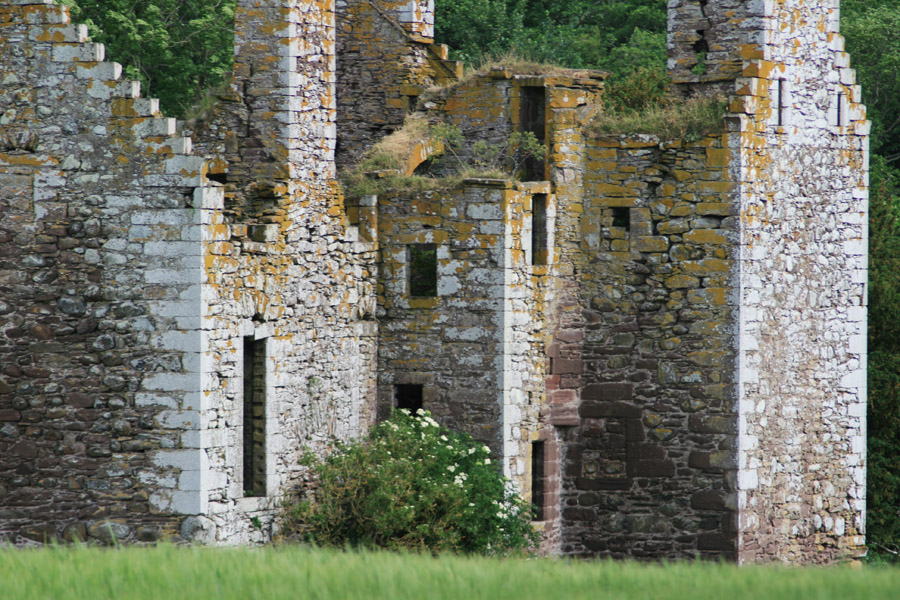 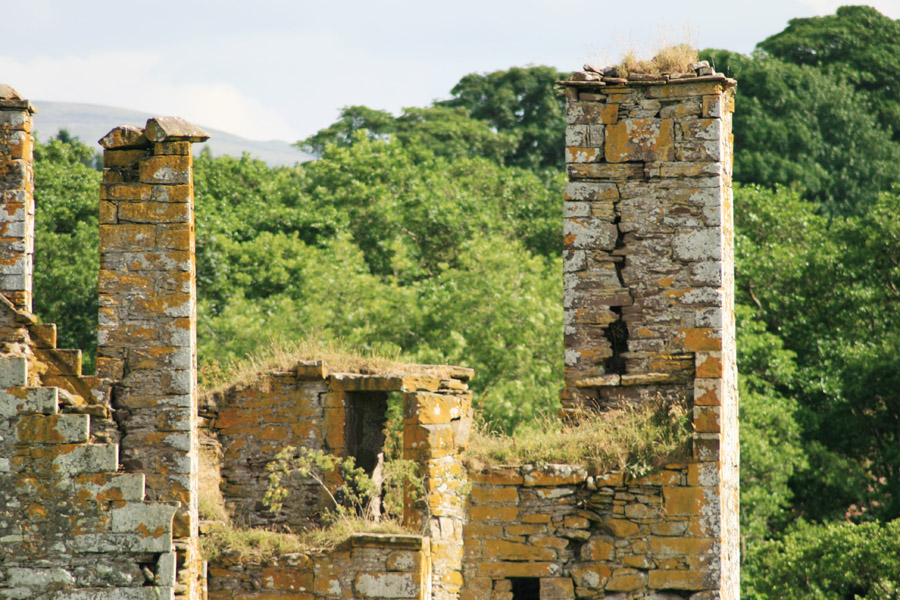 We took a scenic route home via Comrie, and stopped off at Dalginross stone circle. 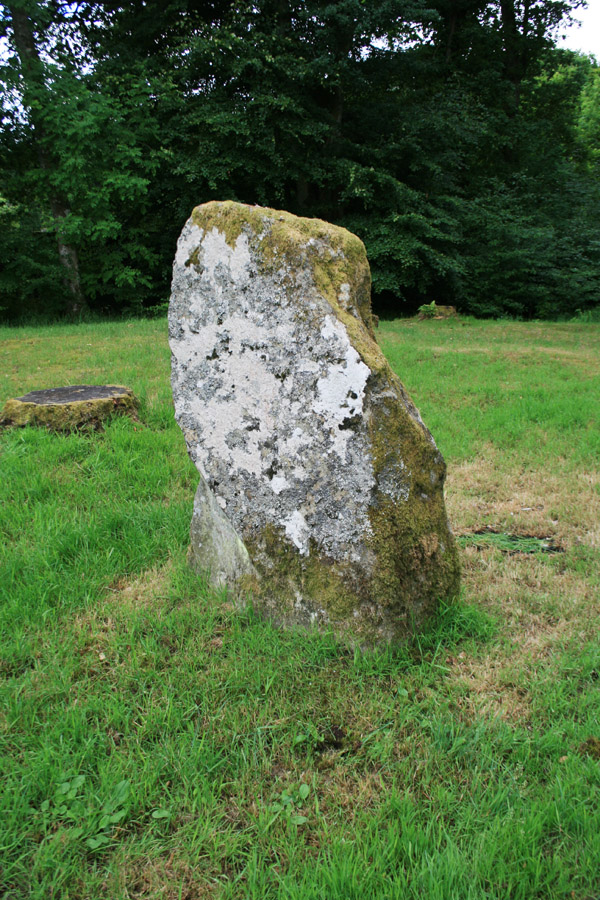 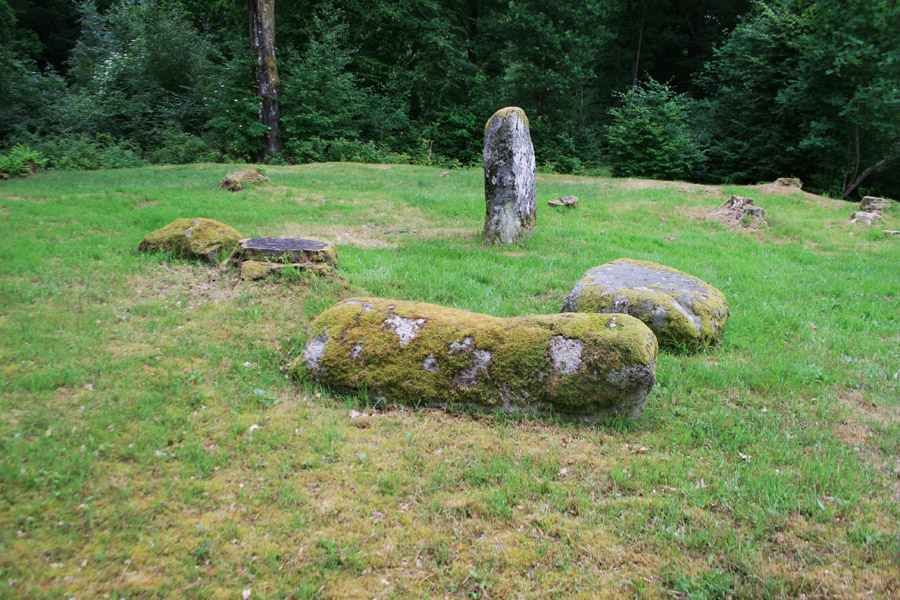 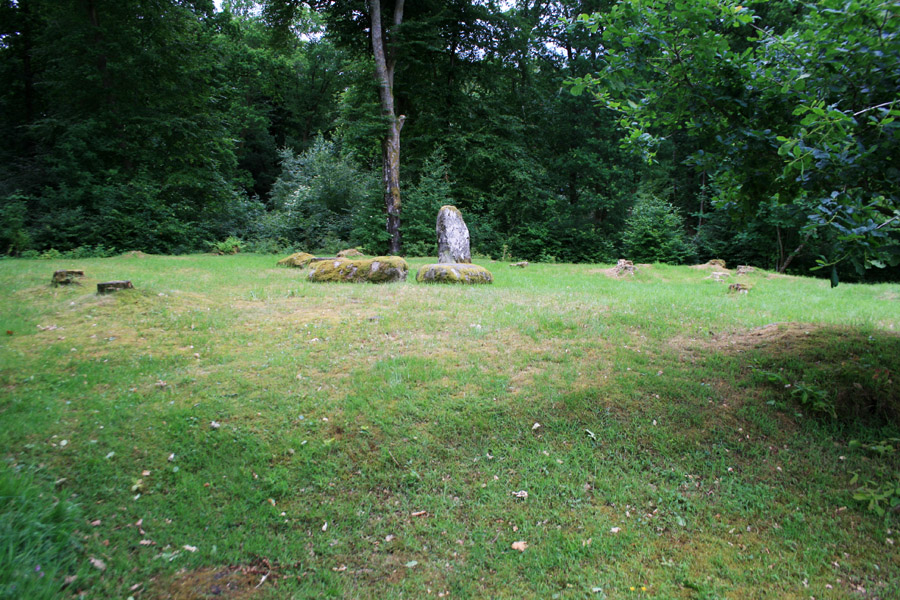 When we finally got back to Edinburgh we called in to see my parents on the way home, and were treated to a rainbow curving high above Newhaven.