Today we drove south from Aviemore, our Christmas holiday over. It was another bitterly cold day, but not so cold that we couldn’t consider one more tourist destination before getting home.

Ruthven Barracks, just off the A9 near Kingussie, were built between 1719 and 1721 as a result of the Jacobite Rising of 1715. Occupying a strategic location on the road north through the Spey valley, the barracks were intended to discourage the Jacobite Highlanders from further insurrection. They stand on an enhanced glacial mound. 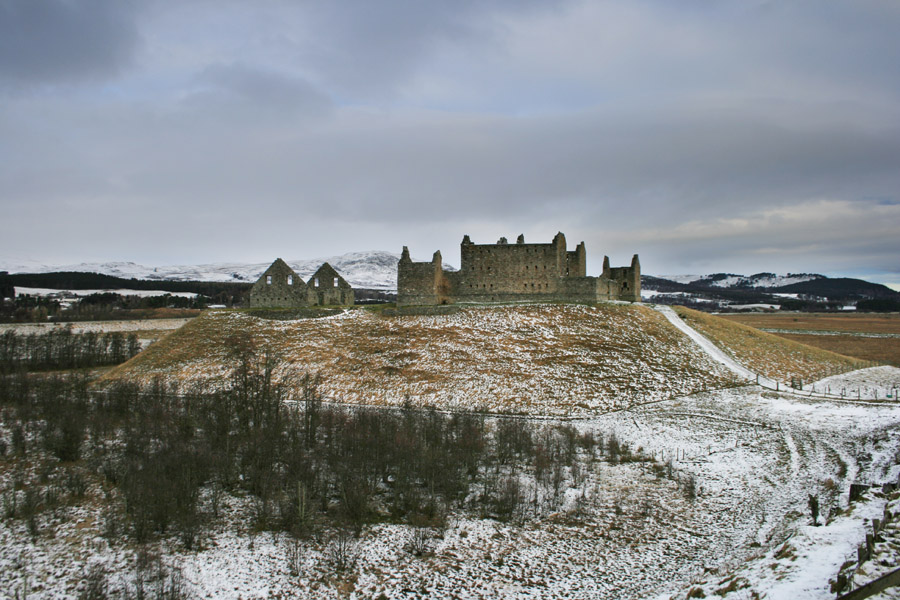 Built to house 120 soldiers, the barracks are arranged in two three-storey blocks either side of a central courtyard.

In 1734 a stable block was added to the west of the barracks, to house up to 28 horses for dragoons.

The barracks withstood a Jacobite attack during the second Rising of 1745, but the following year when the Jacobites attacked again they were victorious, and the garrison surrendered. The day after the Battle of Culloden up to 3000 Jacobites gathered at Ruthven Barracks with the intention of regrouping and continuing their fight. However Bonnie Prince Charlie sent word that he was leaving for France, and that the Rising was over. The Jacobites set fire to the barracks before departing, leaving them in the ruined state they still are today.

Prior to the barracks, a castle once stood on the mound. Ruthven Castle is first mentioned in 1229, belonging to a William Comyn, the first Lord of Badenoch. A later Lord of Badenoch who owned the castle was Alexander Stewart, better known as the infamous Wolf of Badenoch.

Ruthven Castle later passed through the hands of the Seton and Gordon families, and saw action during the civil wars of the 1640s, but was badly damaged by John Graham of Claverhouse, the 1st Viscount of Dundee (better known as Bonnie Dundee) during the Jacobite Rising of 1689. Early in the 18th century the last remains of the ruined castle were cleared away and the barracks built.

When looking at the barracks from the south-west two sections of substantial stone-built foundations can be seen. These may well have been built when the barracks were constructed, but they do have a different appearance to the walls which stand on top of them. It’s a tantalising thought that they may represent the remnants of earlier stone towers, possibly even the gateway of Ruthven Castle. 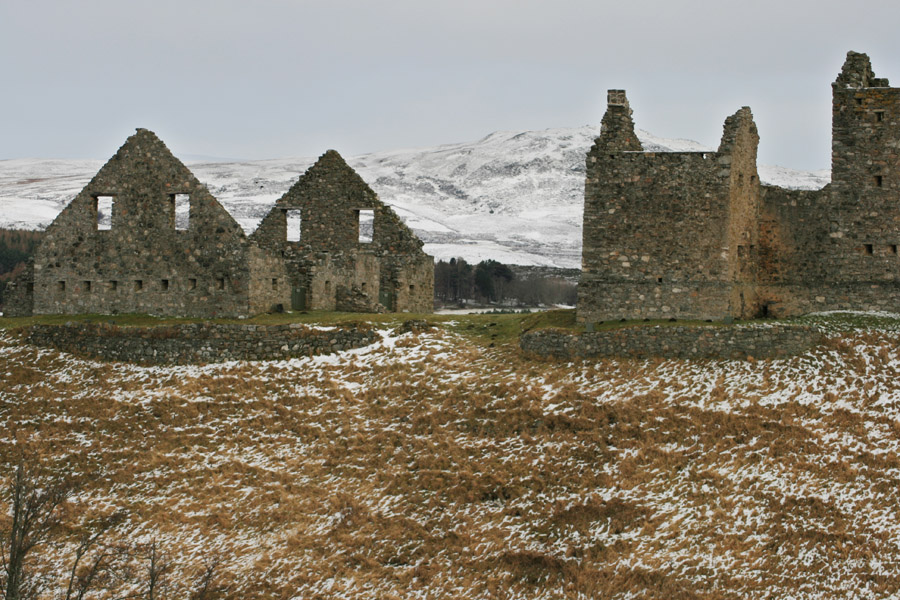 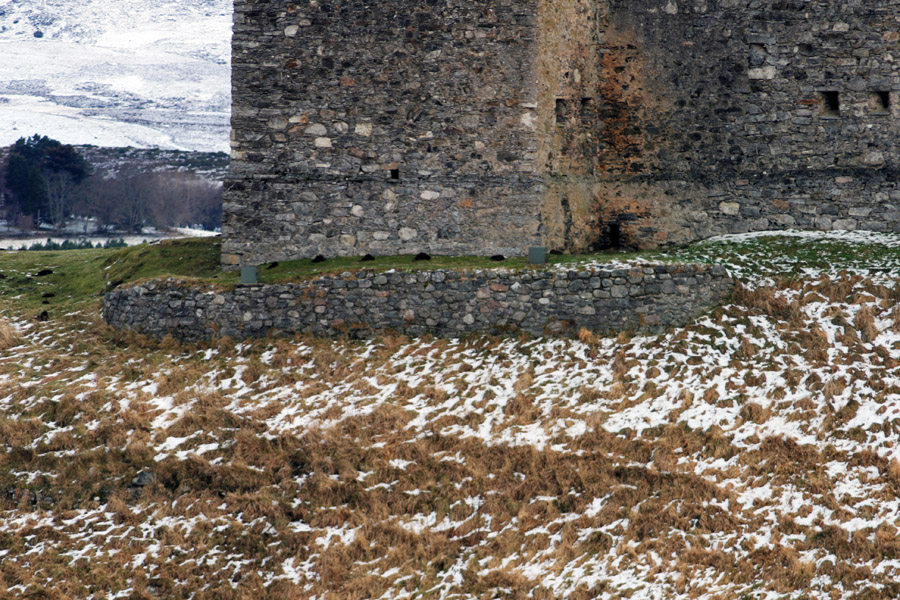