Coldoch broch and the King’s Knot

While up at Stirling today we crossed the border just into Perthshire to go and have a look at Coldoch broch.

Situated within a small forest, a path twists its way through the trees, following the edge of a ridge above the flood plains of the Goodie Water and River Forth. On the way we came across this interesting tree stump.

As you get closer to the broch, the path starts to climb, and it becomes clear that the broch is sitting on a small knoll. The walls are clearly visible around the outside, the stones covered in moss and topped with grass.

The broch is quite overgrown, so it’s quite difficult to make out all the features. But standing on the walls taking a photo into the centre of it you can make out the circular form.

Within the thickness of the walls of the broch are three chambers, the entrance of one them still visible despite the lintel having fallen.

Also within the walls is a staircase which would’ve given access to the upper levels. Its possible to still walk through the entrance and into the staircase, but the stairs would seem to have disappeared under the vegetation and earth.

The deep green sea of ferns, grasses and nettles within the broch was broken up by the occasional highlight of bluebells. 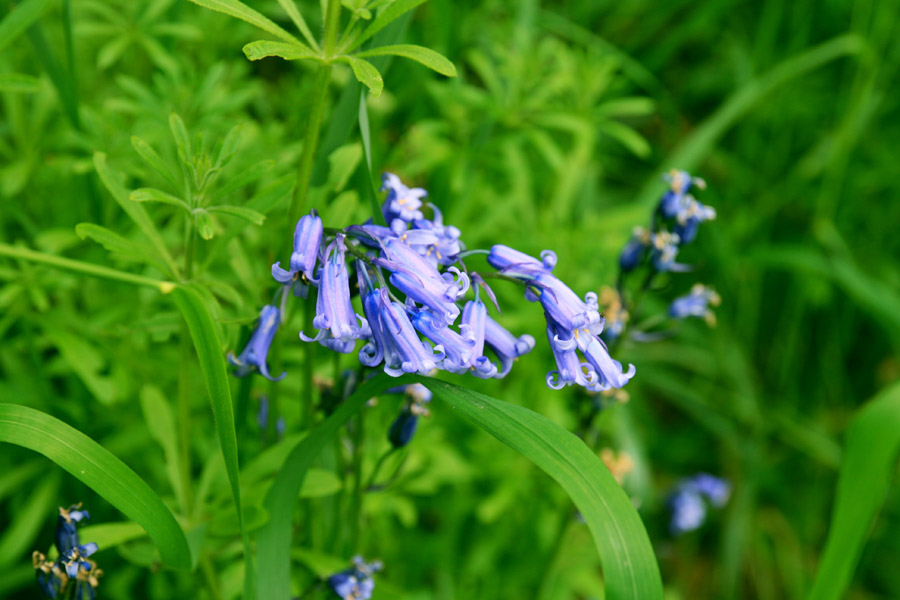 We retraced our steps back along the path and returned up the farm track to the car, then drove to Stirling. Despite having previously lived just outside Stirling, I had never visited the King’s Knot, so that was where we went today.

The King’s Knot is an interesting complex of earthworks in a field below Stirling Castle. At its centre is a small round mound surrounded by a series of concentric octagonal ditches and platforms, and beyond that rectangular earthworks.

With no plants or trees remaining, it is obviously best appreciated today from the high vantage point of Stirling Castle, which towers over it.

The land in which it stands was a royal hunting park as far back as the thirteenth century. However it’s thought that it is the remains of a formal garden laid out around 1627 or 1628 for Charles I. Recent archaeological investigations should hopefully deliver some answers soon.

Over the years some rather fanciful claims have been made for the origin of the King’s Knot, from them being a supposed Roman fort to them being the remains of King Arthur’s Round Table!