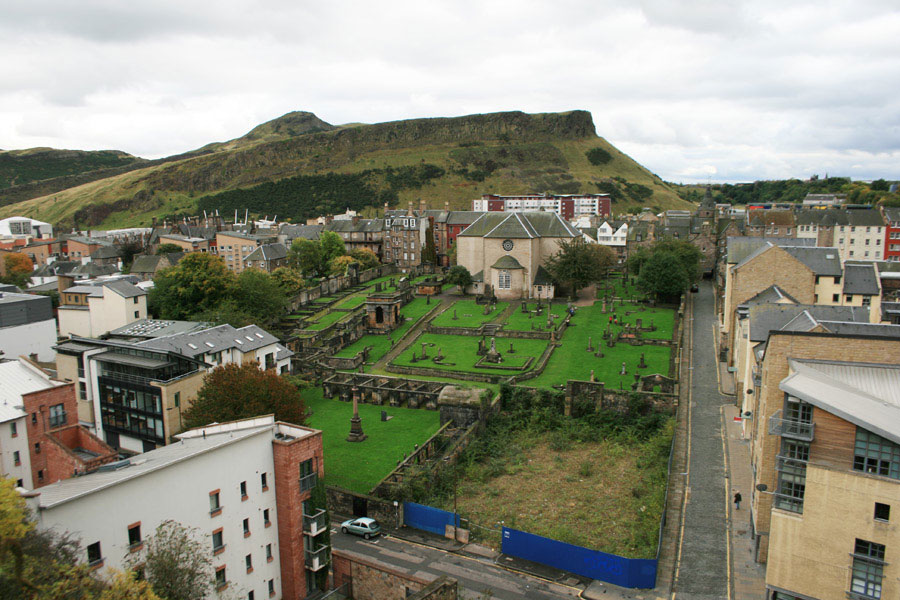 It was a bit of a dreich day in Edinburgh today, so we opted for a “lazy Sunday” and decided to go for a walk in the city and climb the nearby Calton Hill.

We were following a walk in Michael and Elspeth Wills’ book Walks in Edinburgh’s New Town, which starts at the junction of Princes Street and the North Bridge. Until the late 18th century Princes Street ended at this point, with buildings blocking the end of the street. Beyond that was a ravine called Low Calton, at the bottom of which was Calton village, separating the centre of Edinburgh from Calton Hill.

Between 1815 and 1819 the Regent Bridge was built over Low Calton, connecting Princes Street to Calton Hill and enabling the expansion of the New Town to the east. By way of Waterloo Place the bridge connects to Regent Road which clings to the side of Calton Hill, and offers great views back along the valley to the North Bridge and Waverley station, the steep valley sides emphasising the fact that Edinburgh is built on a series of hills. 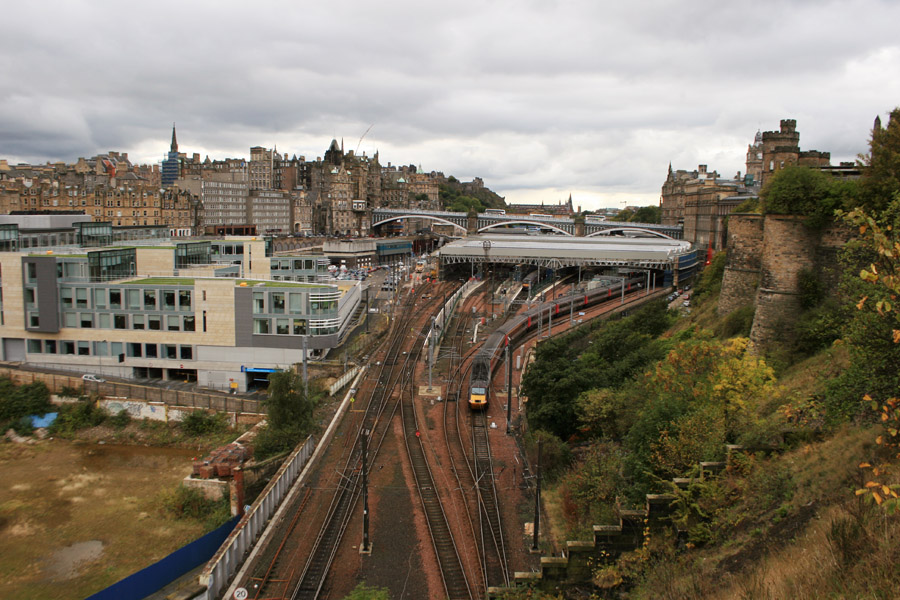 Looking south there also views over the valley towards the Royal Mile and Arthur’s Seat. 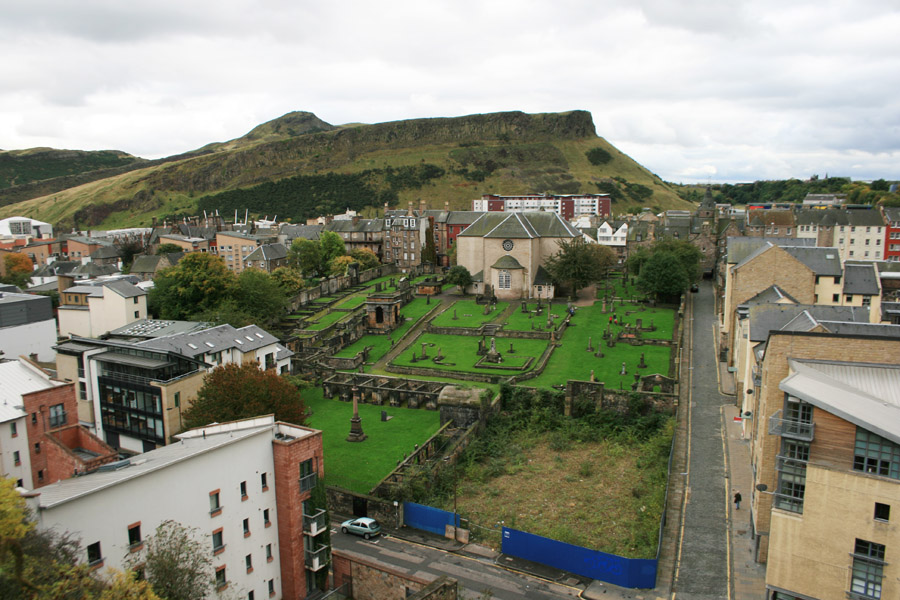 Standing on a rocky outcrop on the edge of Regent Road is a monument to Robert Burns. Built in 1830, it originally housed a marble statue of Burns which now stands in the Scottish National Portrait Gallery. 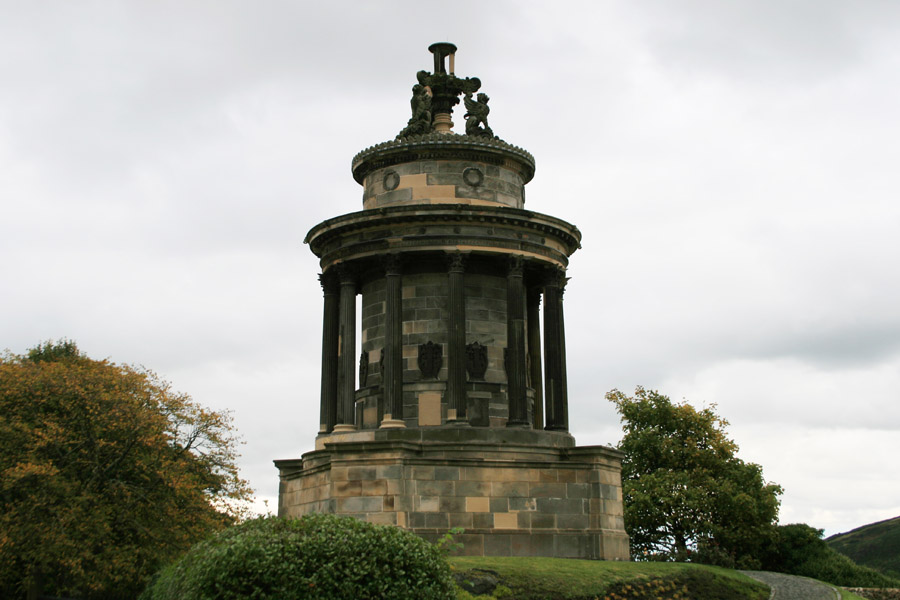 Calton Hill had several notable residents over the years including Agnes Maclehose – better known as Burns’ “Clarinda” – who lived at number 14 Calton Hill, a steep street that winds its way up the hill of the same name, and John Bartholomew, the mapmaker, who lived at number 32 Royal Terrace.

At number 3 Royal Terrace is 21212, a Michelin-starred restaurant and boutique hotel.

From Royal Terrace a path leads up beside Greenside Church onto Calton Hill itself, with magnificent views over Edinburgh – today, framed by an increasingly-dark and menacing sky. 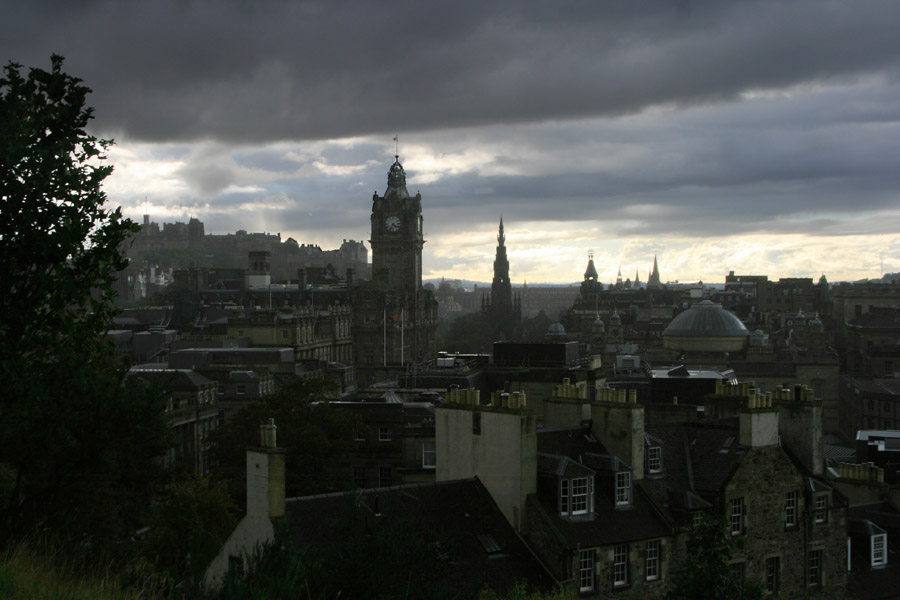 The hill’s summit is home to an interesting collection of monuments, including the Dugald Stewart Monument, in memory of the philosopher, from which there are good views along Princes Street, and of the Royal Mile beyond. 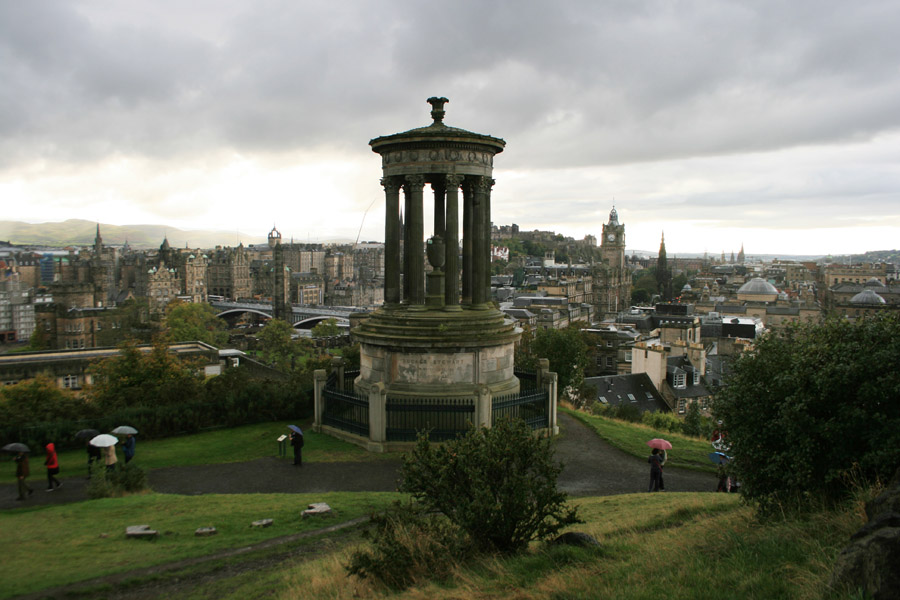 Another monument is the National Monument, built to commemorate those who had lost their lives in the Napoleonic War. Begun in 1826 and modelled on the Parthenon in Athens, by 1829 the money had run out and the monument was never completed.

To the north and east are views over the Firth of Forth towards Fife and East Lothian respectively, but I think the most impressive views are over the city itself, looking over St Andrew’s House to the Royal Mile, Edinburgh Castle and Princes Street. 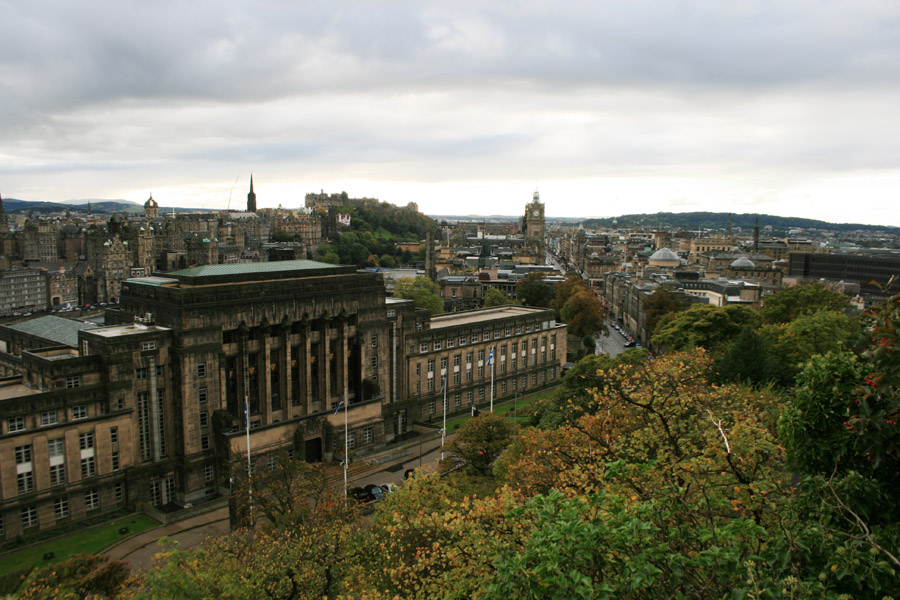 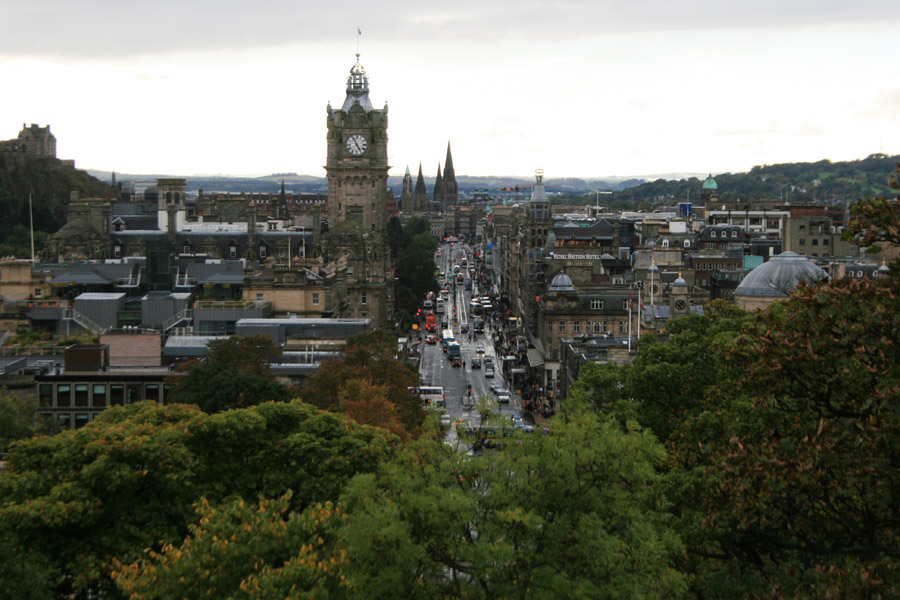 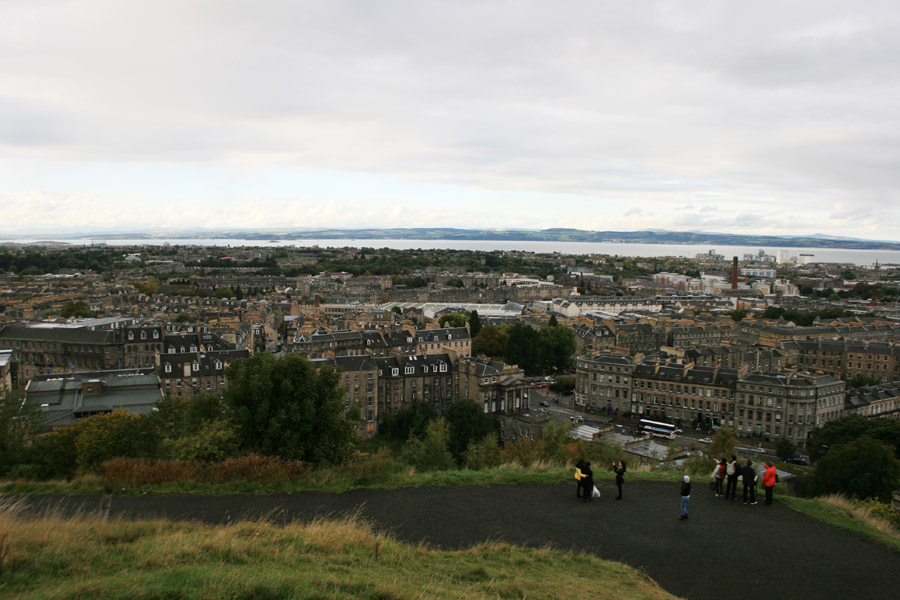