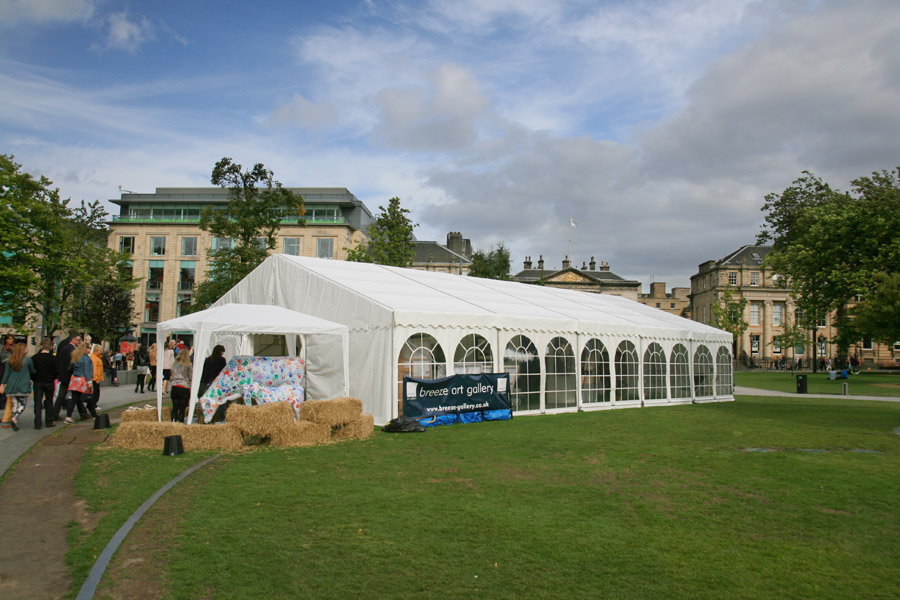 Our first art of the day was the Breeze Art Gallery tent in St Andrew Square. A temporary offshoot of their more established galleries, the tent has been standing in the square for the duration of the Festival.

It wasn’t until I got home and checked my photos that I realised I hadn’t actually taken any photos of the paintings on display! There was quite a mixture of styles, from quite traditional landscapes to contemporary abstract pieces. I did however take a photo of some canvases, but it was just those that had been erected for people to leave comments about the exhibition.

Leaving St Andrew Square we passed the currently controversial former Scottish Provident building. Built in 1969 by William Leslie of Rowans Anderson Kinnimonth & Paul the modernist structure – a listed building – is under threat of “temporary demolition” by developers seeking to remodel it to provide retail and office space.

We made our way along Princes Street, up The Mound, and onto George IV Bridge to the Central Library. Built between 1887 and 1890 by the architect George Washington Browne, it was the first library funded by Andrew Carnegie to be built in Scotland. The façade has a French-influenced Arts and Crafts style to it, with numerous carvings including a panel over the entrance carrying the words “Let There Be Light”.

Lining the main staircase in the library are display cases which contained a series of 19th century pen and ink drawings of Edinburgh and the surrounding area. Unfortunately I didn’t pay attention to the name of the artist. Amongst many others were sketches of Old St Ninian’s Church in Leith, Slateford Bridge and Archibald’s Place in Musselburgh. 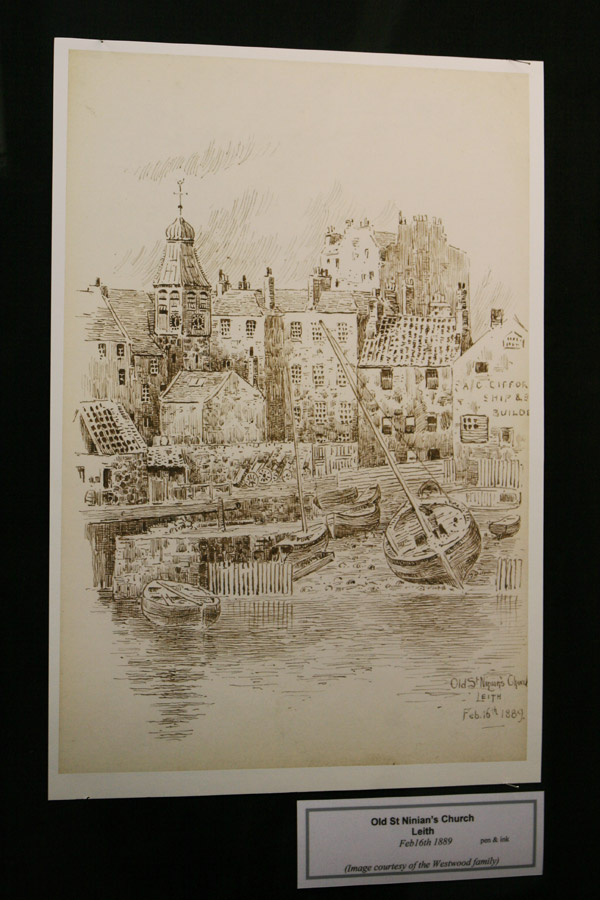 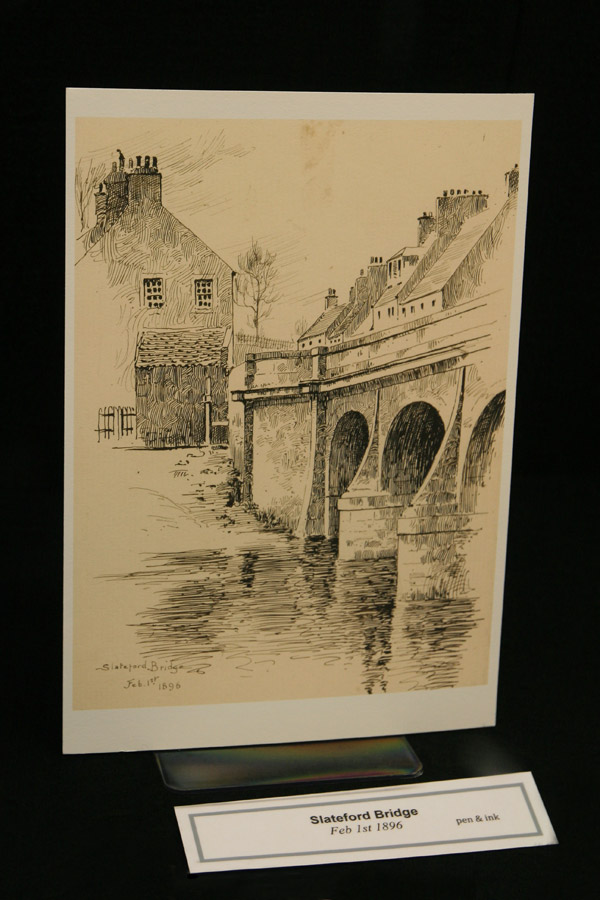 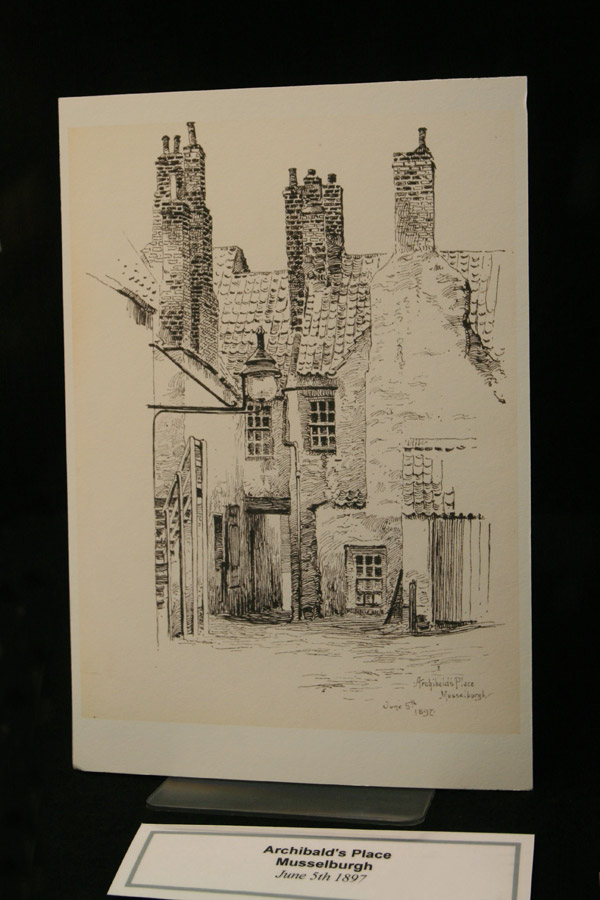 We had actually come to see work by Edinburgh College of Art Masters students, some of which we’d seen at the Masters Degree Show last week. Once again we saw Ursula Hunter‘s Endangered Animals printed textiles featuring animals that are either in danger of extinction in Scotland or are being reintroduced.

On the staircase is an old doorway and lintel carved with the words and date “Tecum Habita 1616” (meaning “keep at home” or “mind your own affairs”). These were taken from an old house belonging to Sir Thomas Hope of Craighall which stood on the Cowgate where the library now rises from.

At the top of the library is the magnificent domed ceiling of the Reference Library.

Having seen all there was to see here, we made our way back down the stairs and along George IV bridge, pausing as we passed Greyfriars Bobby. 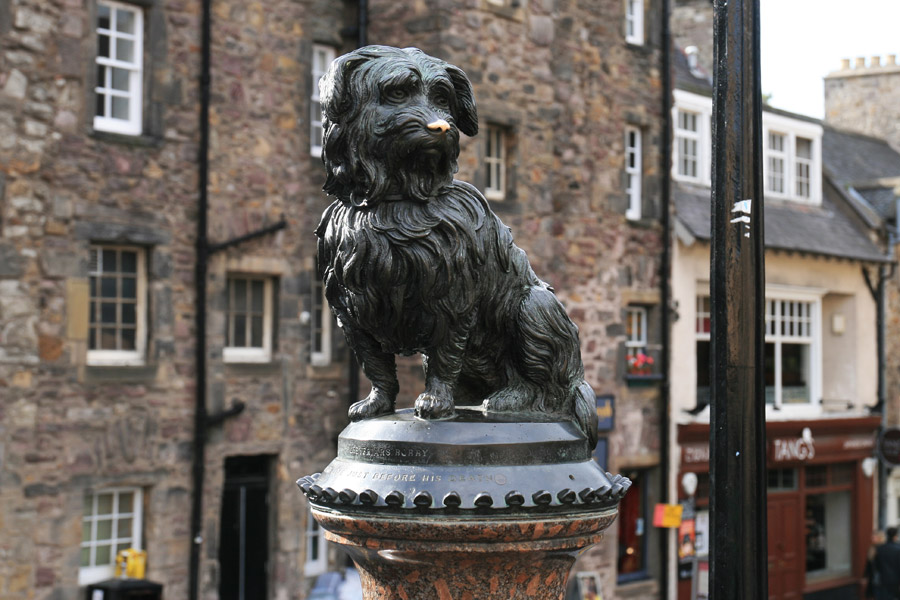 We walked down Middle Meadow Walk into the Meadows, turning east along the gloriously green North Meadow Walk.

Our destination was Summerhall, a multi-functional arts centre and creative hub housed within the old Royal (Dick) School of Veterinary Studies on the south-east corner of the Meadows.

We began by visiting the exhibition “A Selection from The Richard Demarco Archive”, which as its name suggests consisted of dozens of artworks assembled by the prolific collector.

The building has been cleverly converted, retaining many of its original fixtures and fittings, for example in the old laboratories.

Rather appropriately on a wall of one former laboratory is Paul Robertson’s “Periodic Table of Art”.

It’s a great building, and really is a veritable labyrinth of gallery spaces.

While much of the art on display was new to me, it wasn’t difficult to spot one of Andy Warhol’s iconic images, this one being of Elizabeth Taylor.

Also familiar was a print of Damien Hirst’s “Burning Man”.

We only made it through a fraction of what was on display, and vowing to return we headed back into the centre of town. A short detour down the Royal Mile led us to Calton Road, where there were a couple of rabbit-related artworks sprayed onto the ground and walls under the New Street bridge. 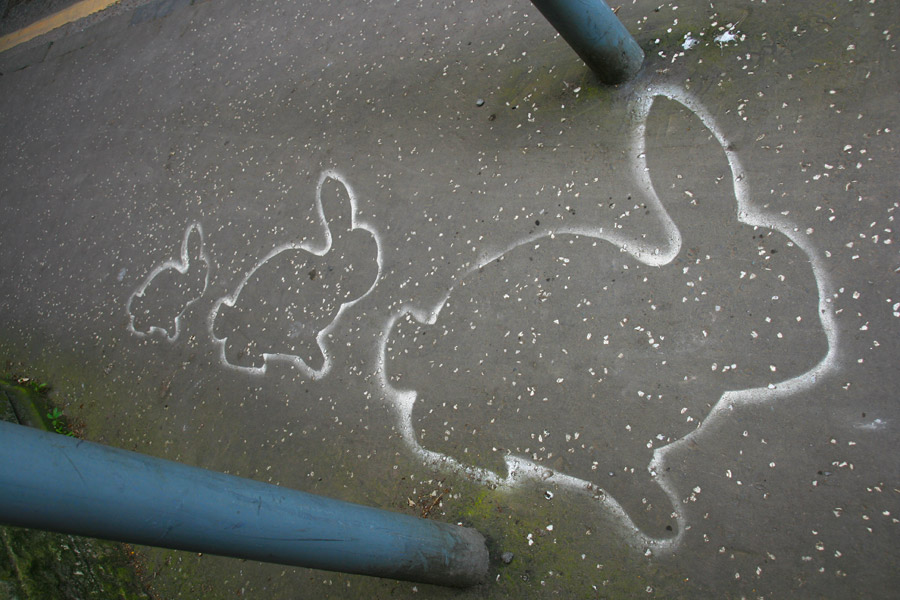 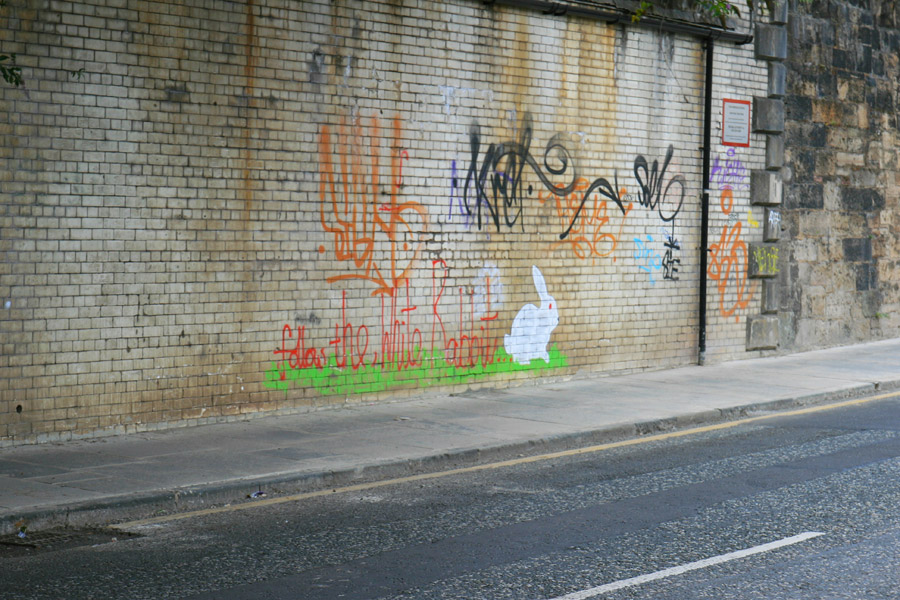 Further along Calton Road, just before the massive arch of Waterloo Place, we found three massive billboards installed as part of Ross Sinclair’s work “Real Life and how to live it in Auld Reekie”. 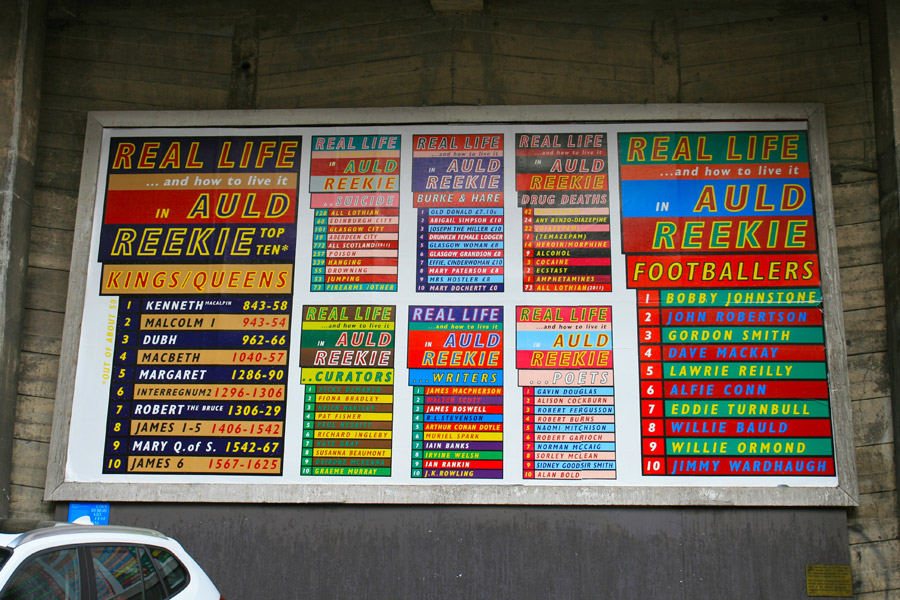 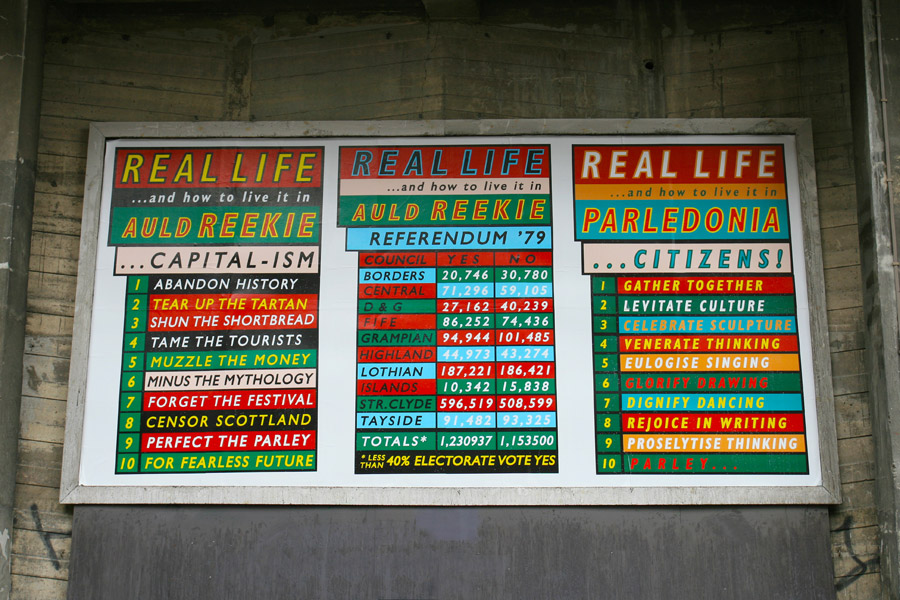 That was more than enough art for one day, so from here we made our way home.