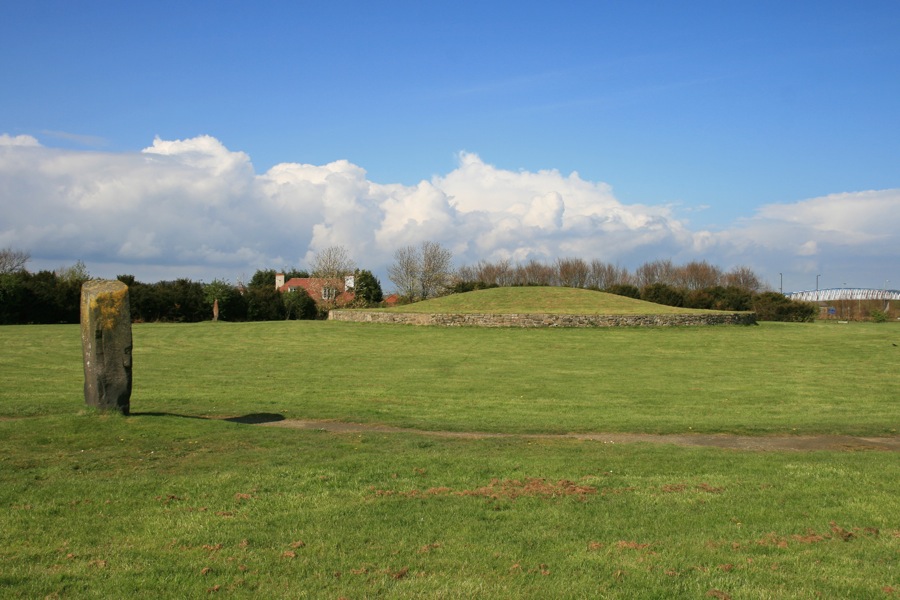 Suffering from an extreme bout of indecision today, we left it a bit late to go anywhere too far. So instead we went to visit a few sites just outside Edinburgh that we’d been meaning to visit for some time now but hadn’t, partly because they’re so close.

We drove out west past the airport to Newbridge, a village that has become somewhat dwarfed by a large industrial estate and the junction between the M8 and M9 motorways.

On the east edge of Newbridge is a large barrow known as Huly Hill, which was originally surrounded by an ellipse of standing stones, of which only three now remain standing.

The standing stones range from 1.3 metres to 2.1 metres in height, with the smallest one likely to have been broken at some point in history. Of the two taller stones, one is very rectangular with a square top, while the other is a more pointed shape.

Despite the motorways and industrial estate nearby, Huly Hill is more peaceful than you might imagine. Except it’s right under the flight path for Edinburgh airport, so the relative peace is interrupted every few minutes by planes descending overhead!

A bit closer to Edinburgh and also under the flight path, right at the west end of the runway, is the site of Hallyards Castle.

Built in the 17th century by the Skene family as an L-plan tower house surrounded by a courtyard wall, Hallyards Castle stood on a raised promontory which is now wooded. A path leads through the wood to the castle site.

By the end of the 19th century the castle was a substantial ruin, still standing to third floor height with the chimneys still intact. But subsidence from mining in the early 20th century caused large sections of the walls to fall down, and that process continued for many years.

Today there is nothing much to be seen besides some mounds in the ground, overgrown and amorphous.

In winter it is apparently possible to see some rubble from the walls, but with the onset of spring the plants take over and hide anything that’s left. Parts of the courtyard wall still exist, hidden inside banks of earth to the south and east of the site, but whether or not those are the lumps and bumps I took photos of I’m not sure!

From Hallyards Castle we moved east along the A8 to Castle Gogar.

There has probably been a castle at Gogar since the 13th century, however the present castle was built in 1625 by John Cowper for him and his wife, Helen Skene (of the Skenes of Hallyards Castle).

Another L-plan tower house, it passed through a number of families before being bought by William Ramsay of Barnton in 1789. It remained in the same family for over 200 years, until the death of Lady Steel-Maitland, a descendant of the Ramsays, in 2003.

Castle Gogar was restored by new owners, and a development of luxury properties built within the castle’s extensive grounds. The castle itself was recently put up for sale with an asking price of £3.5 million. As befits such an expensive property, it is surrounded by high walls, trees, and large gates, making photography rather difficult!

Gogar is the location of the depot for Edinburgh’s new trams, and the tram test track crosses the driveway to Castle Gogar. No trams running today, and with the project not due for completion until 2014, none likely any time soon! 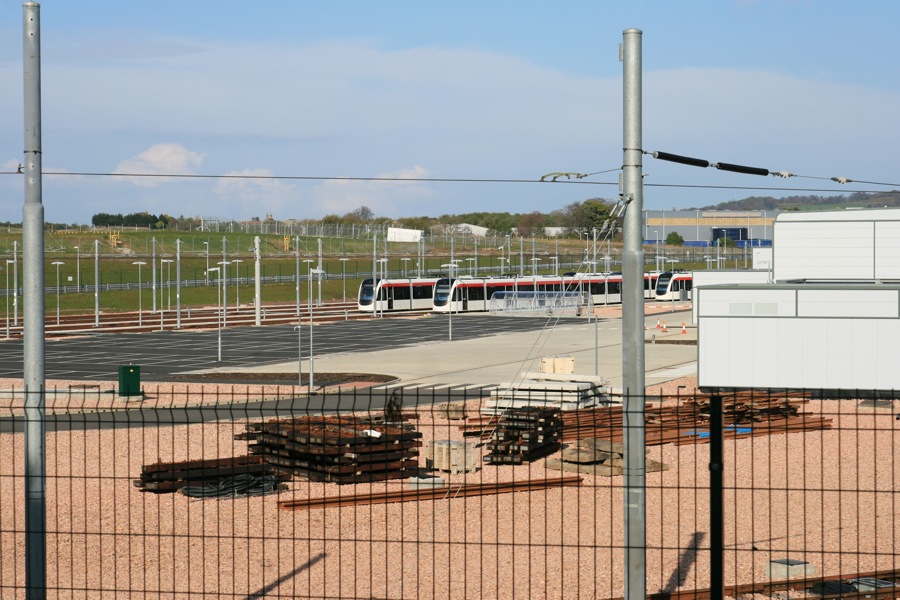 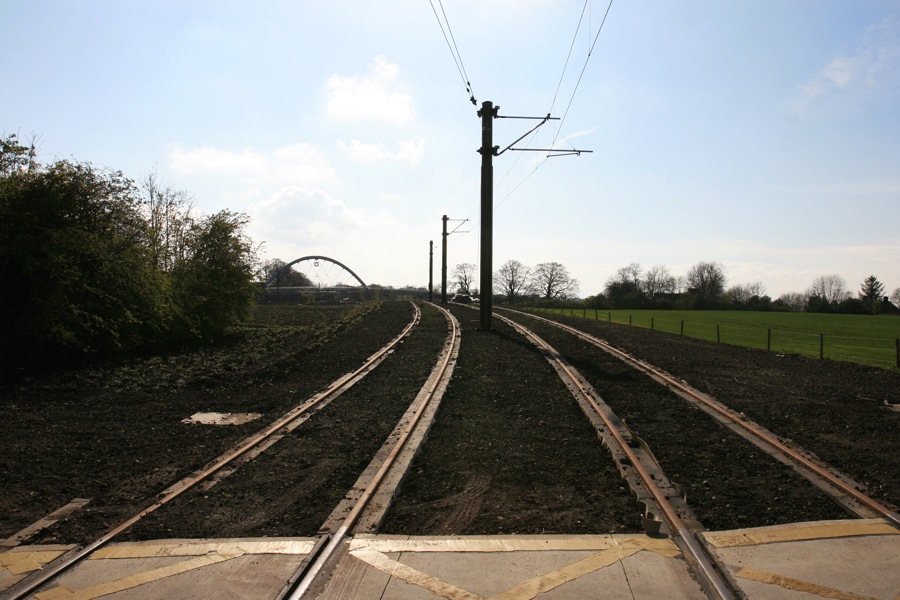