The first castle at Duntrune is thought to have been built by the MacDougall family in the 12th century, and was presumably added to in the 13th century.

Standing on a rocky promontory jutting out into Loch Crinan, parts of the present Duntrune Castle dates back to the 13th century, when a massive enceinte wall with rounded corners was built around the edge of the rock on which it stands.

Measuring some 1.8m thick, this wall encloses an irregular lozenge-shaped area measuring approximately 21m by 15m, and rises to a height of between 7.3m and 8.5m. Around the top of the wall is a parapet walk with crenellations.

The entrance through the outer wall into the inner courtyard is at the north-east of the site, and has been strengthened at a later date with the addition of a lower crenellated wall.

The original castle was located within the south corner of the site, and parts of it have been incorporated into an L-plan tower house, thought to have been built around 1600.

This later castle measures around 16.2m along the south side by around 11.3m along the west side, with a square stair tower in the re-entrant angle. The entrance door at the base of this tower gives access not only to the staircase, but also to the vaulted basement level where there was a kitchen at the east end, and various store rooms and cellars.

On the first floor was the main hall, at the eastern end of the main block, with a smaller private chamber off it to the west. A bedroom is contained within the wing, and is accessed from both the staircase and the private chamber. The second floor has the same floor plan as the first floor, however the larger room has been divided up into smaller units.

The roof features crow-stepped gables and dormer windows. At the south-east corner of the castle the corner is rounded, presumably following the form of the old wall, but is corbelled out to become square at second floor level. This section almost has the look of a caphouse incorporated into a later roof layout.

At some point in history Duntrune Castle became the property of Clan Campbell, and in 1562 Duncan Campbell of Duntrune granted the lands of nearby Poltallock or Poltalloch to Donald M’Gillespie Vic O’Challum (sometimes written as MacCallum or Malcolm). In 1644 the castle was besieged by MacDonalds led by Alasdair Mac Colla.

The Campbells sold Duntrune to the Malcolms of Poltalloch in 1792, and from 1796 onwards a two storey range of low buildings was added, extending from the castle’s wing along the west section of the enceinte wall and continuing along the north section.

Duntrune Castle was restored in 1954 and is now a private residence, occupied by Robin Malcolm, chief of the Clan Malcolm, and his wife Patricia.

In October 2011 it was announced that the castle would be used for the closing scenes of the 23rd James Bond film, Skyfall, with filming set to take place in February 2012.

Duntrune Castle is in the parish of Kilmartin and the county of Argyll. 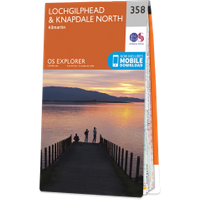 Scattered clouds
Weather observed at Argyll and Bute at 21:34

The Castellated and Domestic Architecture of Scotland Volume 3

An Aros (possible) (site of)

bed and breakfastTarbert
27.8km away