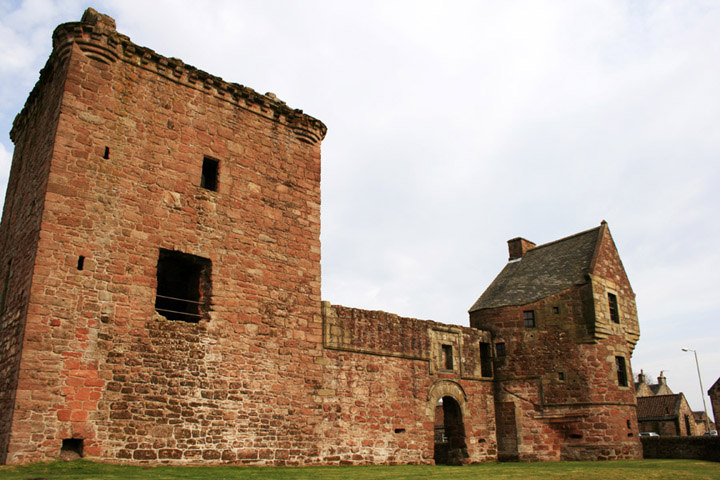 Burleigh Castle is an oddly-shaped building, but picturesque with it.

The main square tower to the north was built some time after 1446, when the lands of Burleigh were granted to James Balfour of Balgarvie by James II. It measures 9.8 by 8.2 metres, with walls 1.5 metres thick. The basement floor at ground level is vaulted. 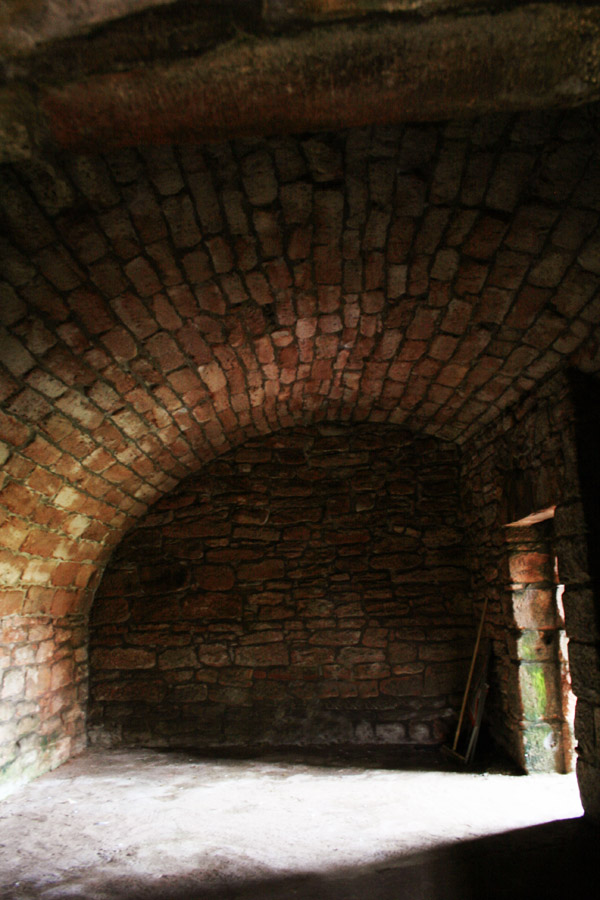 Above that is what would have been the Great Hall, now missing its roof and open to the elements. Above the hall were two further storeys,and on the roof there was a walkway with corner turrets on top of the corbels, and a cap-house.

The south-west tower – which gives Burleigh Castle such a distinctive appearance – was built in 1582 by Sir James Balfour of Mountquhanie and Pittendreich (Lord Pittendreich), who had become the owner of Burleigh Castle following his marriage to Margaret Balfour of Burleigh. Their initials, SIB & MB, are visible on the wall joining the two towers. The tower is unusual in that it is rounded from the base up to the top of the first floor, but the second floor is square in plan and sits on protruding corbels. 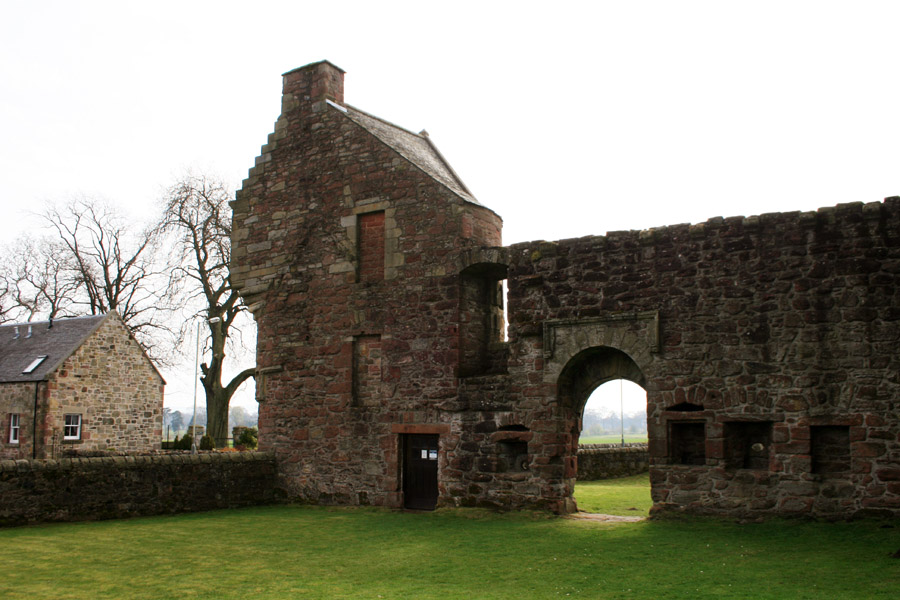 The remains that can be seen today originally formed the western part of a courtyard surrounded by a barmkin wall. A ditch to the west may be evidence of a moat, or at the very least a defensive ditch.

The section of wall joining the two towers is all that remains of a two storey gatehouse. The rest of the courtyard wall and ancillary buildings are thought to have been removed and the stone used to build nearby Burleigh House in the late 18th century. 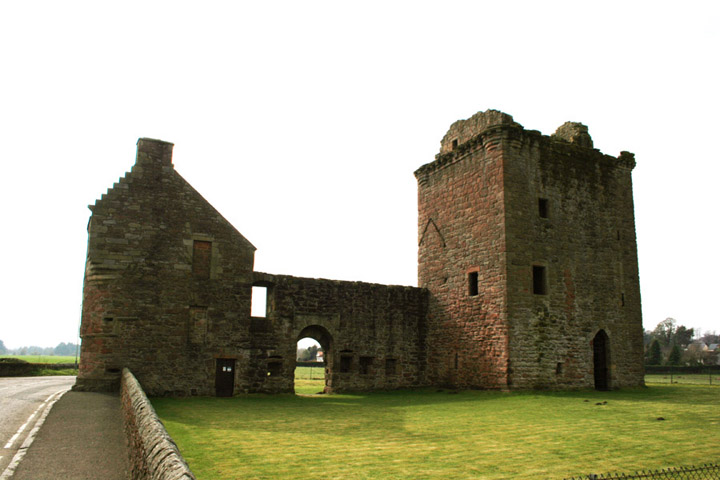 Robert Balfour, the 5th Lord Balfour of Burleigh, was attainted due to his support of the Jacobites in 1715, and as such his estates were seized by the Crown. He died in exile in France in 1757, and Burleigh Castle passed via a General Irwin to the Grahams of Kinross.

Burleigh Castle is now in the care of Historic Scotland, and although it’s an unmanned property, keys are available locally from April to September which give access to the square tower.

Where is Burleigh Castle?

Burleigh Castle is in the parish of Orwell and the county of Kinross-shire.

self-catering cottageCrook of Devon
8.6km away