Each time we did it in a slightly different way, with varying degrees of success!

In September 2004 we did it in 6 days and carried our own luggage on our backs. With the benefit of hindsight this was slightly ambitious.

The weather was against us for almost the whole week, it was cold, and heavy rain meant detours due to flooding, wet clothes and boots, and tough conditions all round. 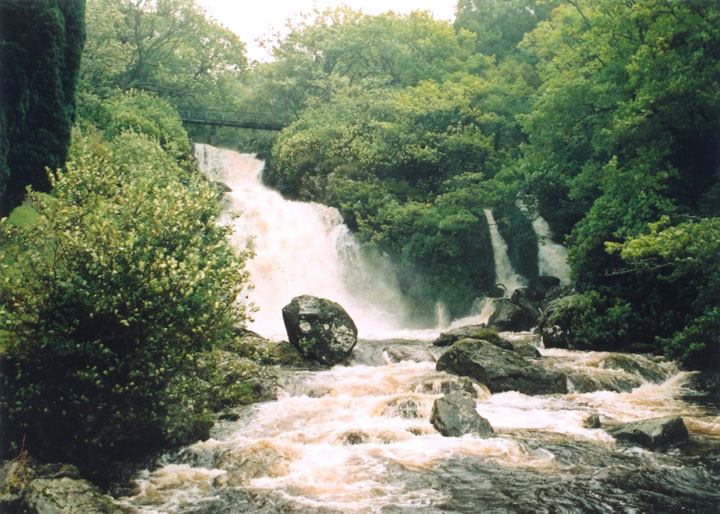 It was still enjoyable though, and while there was an enormous sense of achievement having carried all our kit with us, and I’m glad that I can say I’ve done it that way, I don’t think I would ever do it that way again!

In 2005 we learned from our mistakes of the previous year and opted to do the walk in July, the idea being to experience (as much as one can in Scotland) warmer, drier weather while walking.

We decided to have our bags carried for us this time, so that we would feel freer and could (in theory) walk faster. We also decided that we would do it in 5 days that year. With the benefit of hindsight this was slightly ambitious.

The walking was indeed more enjoyable without heavy bags pulling down on our shoulders, but by reducing our time by a day we found that we were having to really push ourselves to reach our target by the end of each day.

It would still have been possible though, had I not picked up some strange rash on my legs on day one. Unfortunately the rash – “enhanced” by sunburn and cleg bites – became swollen and excruciatingly painful (rather ironically, it was almost unbearable while standing still) and we were unable to complete day 5 when a doctor advised me to stop.

In 2006, armed with all the knowledge from the previous two years, we took the incredibly sensible decision to have our bags carried for us, to do it once again in summery July, and to stretch the schedule to 7 days. This proved to be a wise decision, and 2006 was by far the most enjoyable of my three experiences of the West Highland Way.