Tullibole Castle, owned for almost three centuries by the Moncreiff family, was built in the early 17th century and probably replaced an earlier building.

There seems to be some confusion regarding the early history of Tullibole due to it possibly sharing its placename derivation with Tullibody. Both names contain the Gaelic word “tulach”, meaning mound or hill, along with a second element which has been interpreted in a few different ways. One suggests that they contain the British word “bodwin” which consists of two elements which together can be translated as “white church” or “white house”, while another suggests the Gaelic word “bothan” meaning hut or cottage. A third interpretation sees the Gaelic words “boladh”, meaning smell or stink, or “boll”, meaning pool, as the second element.

As a result of the similar early forms of the placenames some sources state that Tullibole was the site of one of a pair of castles that Edward I planned to build early in the 14th century to defend the approach to Stirling via the River Forth. Given the distance of Tullibole from the Forth, and the fact that Tullibody is across the Forth from the second castle site at Polmaise, it would seem that this does in fact refer to Tullibody and not Tullibole.

In 1293 a Sir William Soulis de Tolybotheville is on record. He has been interpreted in most sources as owning Tullibole, however following his death Simon de Lyndesaye, Lord of Wauchopdale, was described as “Gerdein del ermitage Soules.” This Simon is mentioned again in a letter from Edward I of England in June 1297 in which he states that during the First War of Scottish Independence he “verbally empowered Simon de Lindeseye to take possession, saving others’ rights, of the manor of Tuthebotheville, and none having come to the K. to claim it, to his knowledge, he signifies that Simon has taken possession and holds it at his own risk.”

Since it was Tullibody Castle that was involved during the Wars of Scottish Independence, Edward I writing two letters on the 20th of April 1304 from Tullibotheville having seemingly stopped for the night on his way from Perth to the siege of Stirling Castle, it would seem that the Soulis family were the owners of Tullibody rather than Tullibole.

A third castle, “the new castle of Tolibothwell” in Kincardineshire (later known as Kilduthie) has also been confused with Tullibole in some sources.

Some time in the 16th century, probably in 1598, Tullibole passed to the Halliday family. The first Halliday owner was a John Halliday, who is thought to have built the majority of the current castle, completing it in 1608.

The castle is arranged east to west, and measures around 19.4 metres in that direction by around 8.4 metres north to south. At the east end of the south front is a projecting square tower which contains the main staircase. Above the door is a carved panel with the date 2nd of April 1608, and the arms and initials of John Halliday and his wife Helen Oliphant.

The ground floor is divided into three rooms and originally the entrance gave access to the central room via an intramural passageway. However this doorway was later bricked up, and converted into a pantry, and a doorway created into the kitchen at the east end of the building.

There is a narrow passageway into the western room, and the same into the kitchen at the east end. A straight staircase within the thickness of the wall at the north-east corner of the central room was the service stair giving access to the main hall above, while a spiral staircase within a turret at the north-west corner gives leads to all the upper floors.

The main staircase leads up to the first floor, where the main hall occupies the eastern two-thirds of the building, measuring around 9.9 metres long by around 5.5 metres wide.

Behind a thick wall, and accessed via a small lobby, is a private chamber. The lobby, within the thickness of the wall, also leads to the spiral staircase. On the second floor is a garret level.

Although the castle was built in one stage at the start of the 17th century, looking at the floor plan, the number of staircases, and the stylistic differences between the west end of the building and the central and eastern section, it’s tempting to speculate that the western end contains the remnants of an earlier keep.

However when the harling was stripped off in the late 20th century, there was no join between the western end and the rest of the castle, and it seems that it was intentionally built to look as if it consisted of an older tower to which a newer extension had been grafted on.

In 1722 Catherine Halliday, the eldest daughter and heiress of another John Halliday, married the Reverend Archibald Moncreiff, minister of Blackford. Upon her death in 1740, Tulliebole Castle passed into the Moncreiff family and remains with them to this day.

Around 1790 the family ran into financial difficulties, and to generate some income stripped off the roof and sold it to the owner of Glendevon Castle. Their luck evidently changed, as by the turn of the century the castle was roofed once again, and a dormer carved with the date 1801 commemorates this.

Tullibole Castle is in the parish of Fossoway and the county of Kinross-shire. 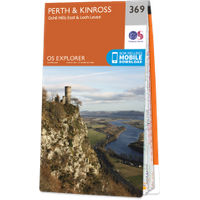 Between the Ochils and Forth

self-catering cottageCrook of Devon
0.0km away

bed and breakfastDunfermline
11.7km away