Tranent Tower is a small L-plan tower house thought to have been built in the late 16th century on lands belonging to the Seton family. It may possibly have replaced an earlier tower dating back to the 13th century, which may have been built by the de Quincy family (who built the nearby Fa’side Castle).

In the mid-16th century many neighbouring castles – such as Fa’side Castle, Preston Tower and Winton Castle – were burned at the hands of the English during the Rough Wooing and following the Battle of Pinkie, so it’s possible that the old de Quincy tower was burned at this time and needed replacing.

Although not immediately obvious due to the proximity of buildings around it, Tranent Tower would once have commanded fine views over the River Forth, standing in at the top of a hill that runs up to the centre of Tranent.

The tower is built of sandstone rubble and measures approximately 11.1m east to west by 7.6m north to south, rising to 3 storeys in height. At the south west corner is a square stair tower which projects southwards. 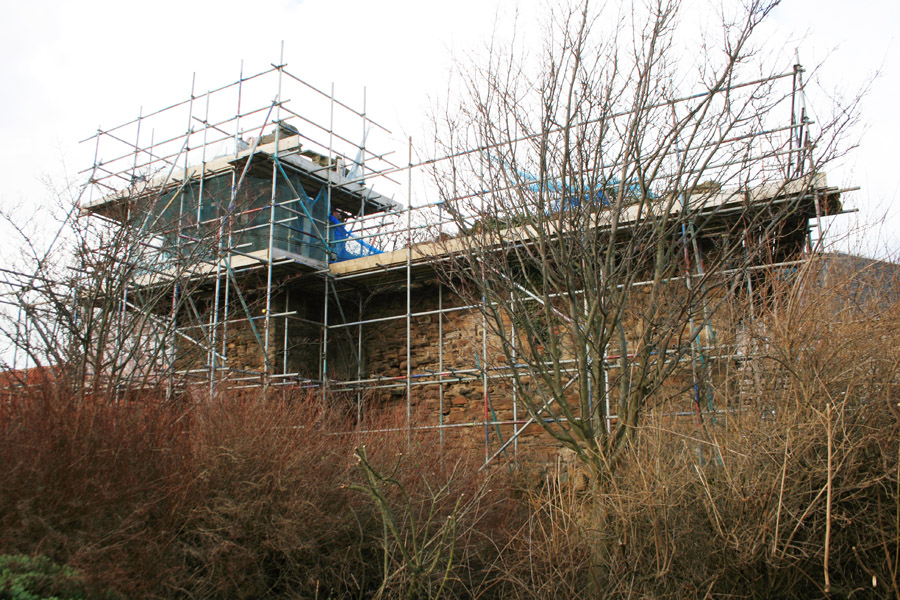 The ground floor of the tower is split into two barrel-vaulted chambers. There is an entrance into the eastern chamber, with a doorway leading through into the west chamber and giving access to the stair.

The first floor contains the main hall, which is also now split into two rooms. This division was apparently made after the tower was built, but quite early on in its life. The hall features a large fireplace (now blocked), a recessed lavabo and aumbries, and a possible buffet recess in the north wall.

On the second floor there is also an inserted dividing wall splitting the storey into two chambers, presumably bedrooms.

At the top of the stair tower there was a watch chamber above the level of the second floor, slightly built out on corbels, which was latterly used as a doocot. The roof of the main tower featured crow-stepped gables and a pan-tiled roof until the 1970s, but this was probably not the original roof construction, which may have featured a small parapet. The tower is currently unroofed, the roof having fallen in some time after the 1970s.

The entrance and most of the small windows are on the south side of the tower, which may suggest that there was once a barmkin on this side, although no evidence remain of that. It is possible that the cottage that buts up against the west side of the tower may have incorporated parts of a building within the courtyard formed by a barmkin wall.

Around the beginning of the 17th century, Tranent Tower was leased from the Earl of Winton by the Vallance family, and after later buying the tower it remained in their hands through until 1890 when it was bought by Charles Stirling of Kirkintilloch.

Having at one time been used as a stable and hayloft during the 20th century, Tranent Tower was listed in 1953, at which time it backed on to a field. That field has now been occupied by a new housing development off Sanderson’s Wynd. 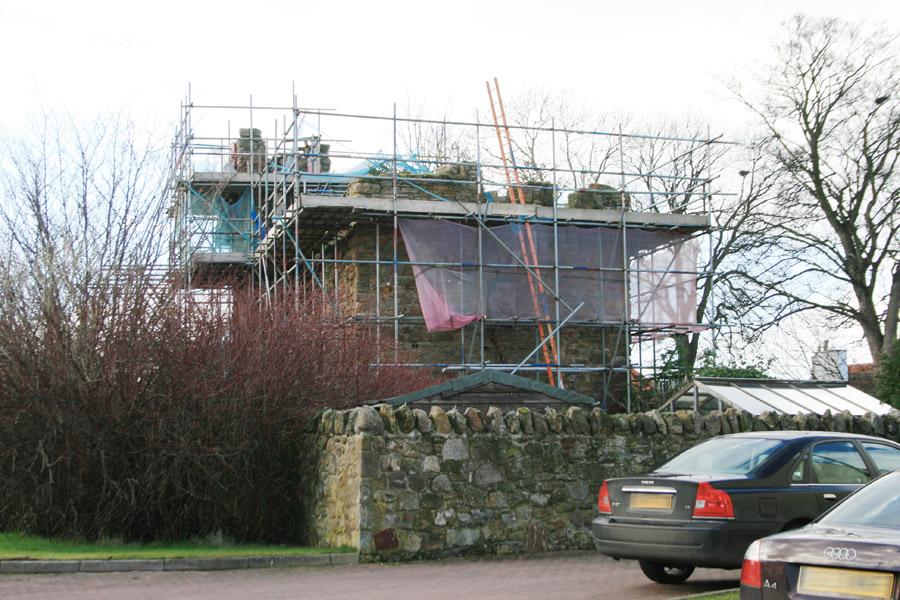 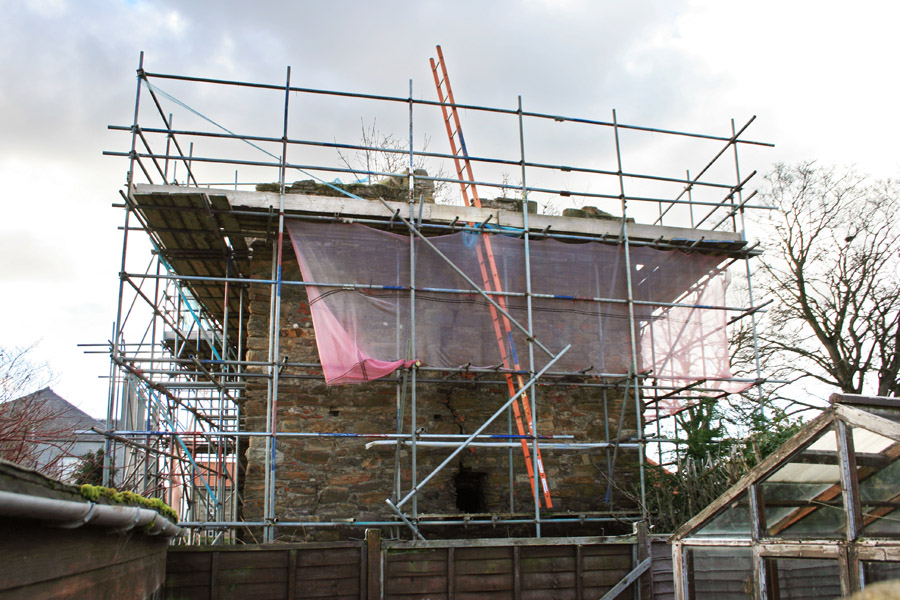 In 2008 Tranent Tower was sold at auction, with a guide price of £40,000 to £45,000, and it’s though that the present owner intends to restore it with a view to converting it into a residential property once more. Scaffolding was erected in 2010 due to the instability of the walls. 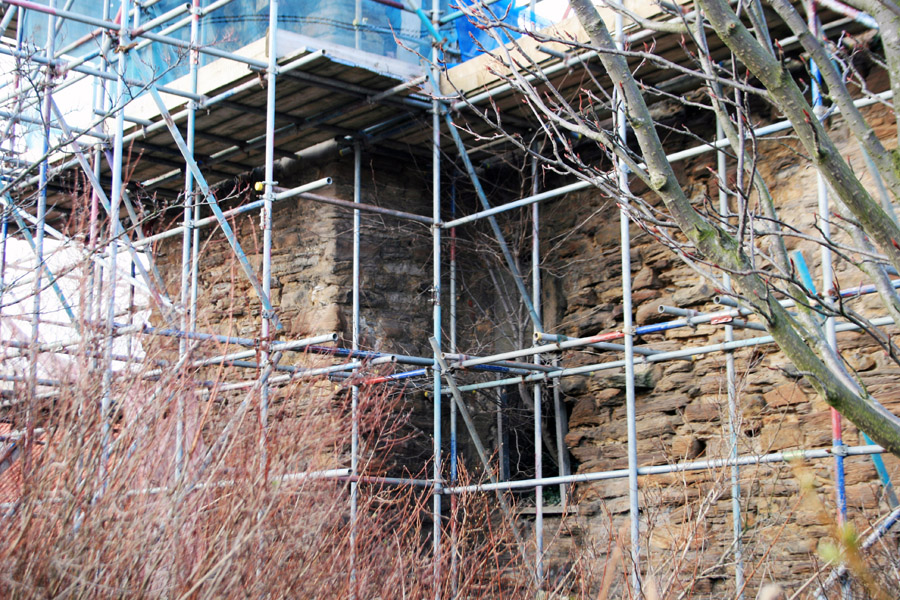 There is a legend that an underground passage connects Tranent Tower with Fa’side Castle, some 3 kilometres way.

Where is Tranent Tower?

Tranent Tower is in the parish of Tranent and the county of East Lothian.

bed and breakfastPort Seton
2.8km away