This mound on the banks of the River Teith in Callander is thought to be a motte.

The mound stands on the north bank of the River Teith, just to the west of the main bridge crossing the river, on land prone to flooding.

The name Tom na Chisaig means “hill of Kessog” and is named after St Kessog, an Irish missionary who was active in Scotland in the 6th century. An annual market called Feill-ma-Chessaig took place near the mound until early in the 19th century, and it was apparently also used as a location for archery practice.

Little seems to be known about the mound. While it has the classic appearance of a motte and is generally accepted as being one it doesn’t appear to have ever been excavated. If it is a motte it is likely to have been built in the 12th century.

The barony of Callander was originally possessed by the Callander family, and so it seems likely that they were responsible for building the motte. In 1345 the barony was forfeited by Patrick Callendar and was granted to Sir William Livingston by David II. Sir William married Callendar’s only daughter and heiress Christian Callendar in the same year.

It is likely that the motte was superseded by Callander Castle on the south bank of the river.

Where is Tom na Chisaig?

Tom na Chisaig is in the parish of Callander and the county of Perthshire. 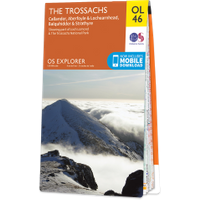 The Castles of The Heartland of Scotland

bed and breakfastCallander
0.4km away