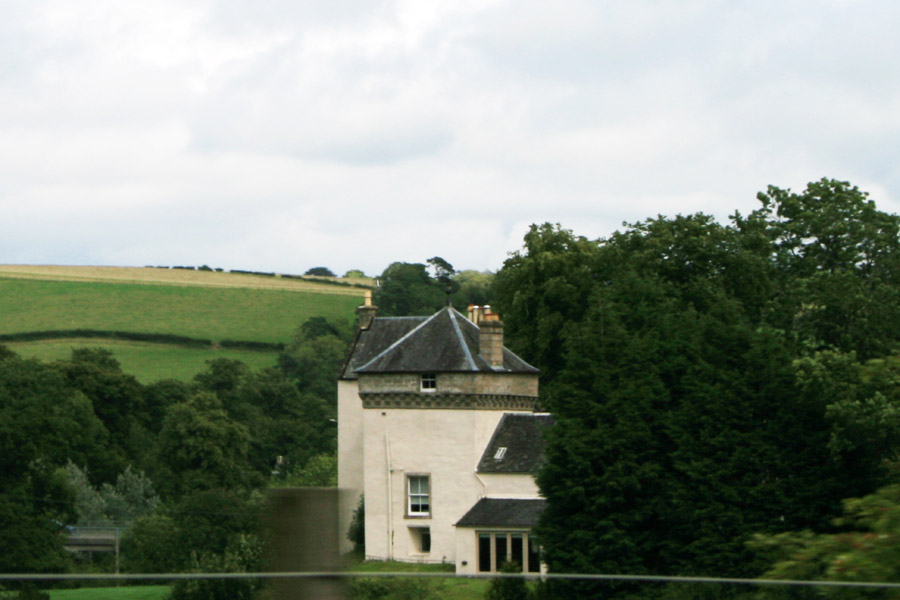 The Peel, as its name suggests, started off as a simple square peel tower, although it has now been incorporated into a later mansion and forms the north-east corner of the building.

Probably built in the early 16th century by a Hamilton as a replacement for the old Douglas castle on the nearby Castle Hill, The Peel occupies a defensive position on a low mound just south of Kittoch Water, and rises to a height of four storeys. It stands to its full original height, but a more up-to-date roof has been added on top of the parapet.

In the early 17th century a tall, thin stair tower was added to the east of the main tower, followed by additional wings to the south and west in the 18th century.

The lands around The Peel were owned by the Douglas family until 1455, when James Douglas, the 9th Earl of Douglas, forfeited his estates after fighting with King James II.

Later in 1455 the Douglas lands were granted to James Hamilton, the 1st Lord Hamilton. Hamilton had been closely connected to the House of Douglas and fought with them against the King, but he changed sides and his former allies’ estates were the prize.

The Peel and the surrounding lands remained in Hamilton hands until at least 1630, but later passed through various owners and it is now a private residence.

Alternative names for The Peel

Where is The Peel?

The Peel is in the parish of East Kilbride and the county of Lanarkshire.

OS Map for The Peel

Directions to The Peel

Weather at The Peel

Castles near The Peel

Ancient sites near The Peel

Pictish stones near The Peel

Pictish sites near The Peel

Accommodation near The Peel

Cafés, restaurants & bars near The Peel