There are the remains of a motte and bailey castle at Tarbolton which was part of the barony of Kyle.

Some time before 1177 1177 Alan fitz Walter, 2nd High Steward of Scotland, granted Tarboultoun to Adam, son of Gilbert, son of Richer, lord of Kilbucho, along with Preueic, Drumley and Milnefinlen, Roderbren, Brenego and Enterkine. The charter was witnessed by Sir Robert de Croc of Neilston, lord of Crookston, and his son, Alan.

It may be that Tarbolton was held from the Croc family as in the 13th century Sir Robert Croc is said to have received Tarbolton from his father while towards the end of the century James Stewart, 5th High Steward of Scotland, confirmed the earlier charter of the lands of Torbolton while granting them to Adam’s son-in-law, Sir Henry de Graham.

Around 1350 John de Graham was styled “lord of Torboltoun and of Roberestoun in Conyggam” when confirming charters to his uncle, Henry de Graham, of “the lands of Menarstoun and of Philipstoun in the barony of Abyrcorn and of Blyth in the valley of Twed”.

On the 2nd of February 1356 Sir John Stewart of Darnley was confirmed by Robert, 7th High Steward, in all the lands and tenements which he held from the Steward. The following year Sir John received from Robert the fee of the principal tenement of Tarbolton upon the resignation of John de Grahame. Around the same time he resigned and received back the lands of Tarbolton and Dromley in the barony of Kyle from John Stewart, Lord of Kyle Stewart (the future Robert III).

Sir John was dead by 1369 and his younger brother, Walter, by 1371, and their possessions passed to their younger brother, Sir Alexander Stewart, who married a sister of Sir John Turnbull of Minto. Sir Alexander is thought to have died in 1404 or 1406 and was succeeded by his son, Sir John Stewart of Darnley, who married Elizabeth, daughter of Donnchadh, Earl of Lennox, around 1408. From them descended the Stewart Earls of Lennox who would hold Tarbolton until the 17th century.

During the 1470s Sir John’s grandson, also Sir John, granted various lands in the barony of Tarbolton to Ade Cunningham of Caprintoun. In October 1488 Sir John sat at the newly-crowned James IV’s first parliament as Earl of Lennox, having inherited the title via his grandmother.

In 1570 Matthew Stewart, 4th Earl of Lennox, was appointed as Regent for his grandson, James VI. Lennox was shot and killed in a skirmish in Stirling the following year and the Earldom of Lennox returned to the Crown before James VI made a new creation of the title for the 4th Earl’s younger son, Charles, the King’s uncle.

Charles had married Elizabeth Cavendish and in 1575 their daughter, Lady Arbella Stuart, was born, however he died of tuberculosis in 1576. Following his death his mother, Margaret Douglas, Countess of Lennox, attempted to obtain the lands of “Glenfermie, Ballortis, Atchinturleys, Crwkis, Inchenan, Craiguelson, and Tarbouton” which her husband had granted to her as part of her dowry. Her claim was denied however and her dowry passed to her granddaughter, Lady Arbella.

The Earl of Lennox was a favourite of the King and was made Lord High Chamberlain of Scotland in 1581 and was first Gentleman of the King’s Bedchamber. On the 5th of August 1581 he was created Duke of Lennox, Earl of Darnley, Lord Dalkeith, Torboltoun and Aberdour.

Later that year on the 13th of December the King made a new grant to Esmé Stewart, Duke of Lennox, Earl of Darnlie, Lord of Tarboltoun, Dalkeith and Aubigny.

Tarbolton continued to be owned by the Dukes of Lennox until the death of the 6th Duke of Lennox in 1672. Upon his death the Lennox estates were granted for life to his wife, “La Belle Stuart”, Frances Teresa Stewart, a granddaughter of Walter Stewart, 1st Lord Blantyre, while the titles became extinct.

In 1675 the titles were recreated for Charles Lennox, an illegitimate son of Charles II and Louise de Kérouaille. In September of that year he was created Duke of Lennox, Earl of Darnley and Lord Torbolton. He was invested as a Knight of the Garter in 1681 and received a ratification from the King of the lands owned by the late Charles Stewart, Duke of Lennox and Richmond, including the “all and haill the lands and baronie of Torboltoun”.

Where is Tarbolton motte?

Tarbolton motte is in the parish of Tarbolton and the county of Ayrshire. 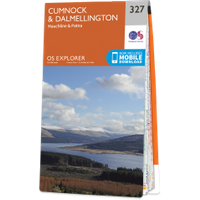 Robert Liddiard
Woodbridge, 2002
Buy from Amazon
The Armorial of Sir David Lyndsay of the Mount, Volume 2

bed and breakfastPrestwick
7.2km away

bed and breakfastPrestwick
7.5km away