The first castle here is thought to have been built by the Comyn family in the 13th century, possibly replacing an older castle on the nearby Mount of Ellon, but had probably been destroyed by 1308. It was known as the Fortalice of Ardgith, or Ardgith Castle, as it stood on the hill of Ardgith above the River Ythan.

The castle was later rebuilt and in the 16th century underwent considerable remodelling, reputedly using stone from the Castle of Kinmuck.

Later still it became the seat of the Kennedys of Kermuck but in 1652 they were outlawed after the father and son of the family murdered John Forbes of Watertown. Their wives remained in Ardgith Castle until 1657, and some time after this it was sold to the Gordon family.

By the early 18th century it was owned by Baillie J Gordon, a wealthy Edinburgh merchant, who set about modernising the castle, remodelling it and extending it between 1706 and 1715. Further work was carried out between 1781 and 1785 by the architect John Baxter. However by 1801 it was reported to be in ruins, and in 1851 much of the old castle was demolished leaving a large section of the 16th century south wall and a round tower.

The stone was used in the construction of a new mansion, also called Ellon Castle, nearby, which was completed in 1851. This new house is said to have been demolished either in 1913, some time after 1918, or in 1927 when the estate offices were converted into a new two storey house with small baronial tower.

Where is Ellon Castle?

Ellon Castle is in the parish of Ellon and the county of Aberdeenshire. 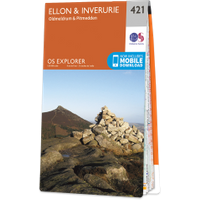 hotel, barBridge Of Don
20.0km away

hotel, barBridge Of Don
20.0km away