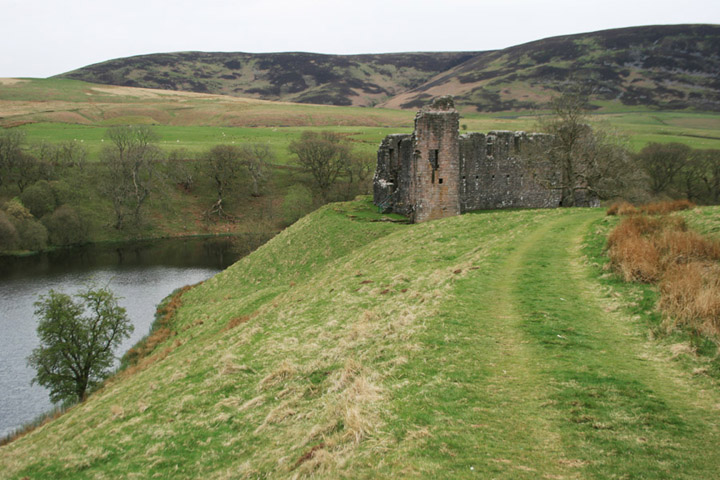 Morton Castle occupies a fantastic defensive position, standing on a rocky promontory above an artificial loch. It is approached from the south via a terraced causeway which crosses a ditch isolating the promontory from the surrounding land.

Dunegal, the Lord of Nithsdale, may have built a castle here in the 12th century, however the earliest confirmed castle on the site was one built between 1260 and 1270. By 1307 the castle was in the hands of Thomas Randolph, later to become the 1st Earl of Moray, who was a key supporter of Robert the Bruce, and ruled as Regent of Scotland on behalf of Robert’s son David II.

Morton Castle shares a general similarity with Caerlaverock Castle in that it is built on an unusual triangular plan and flanked with round towers. The original gateway was at the south-west corner, flanked by two round towers.The majority of one tower still stands, with a pit prison in its basement, but the second tower is missing, presumably having fallen into the loch below. 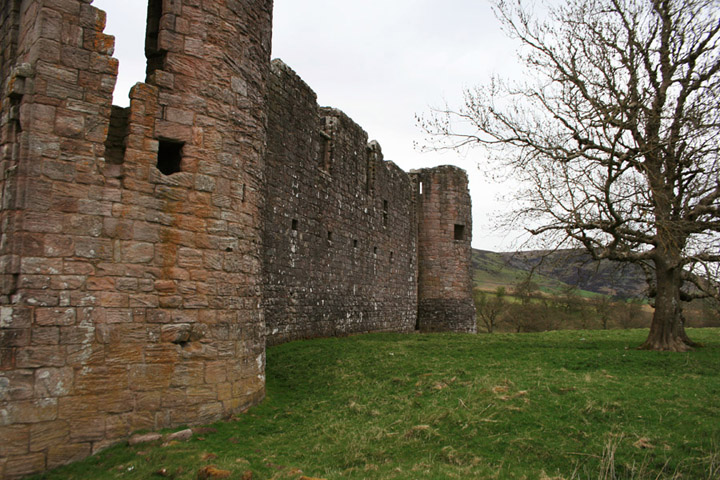 The remains of the west wall are just 0.7 metres thick, but the north, east and south walls are 2.0 metres thick. Along the south wall is a rectangular block which would have contained the main hall. Although ruined, the walls remain up to a height of 8.0 metres tall, with corbels and first floor details visible. This block measures 9,9 metres wide by 34.0 metres long internally, running the full length of the castle. 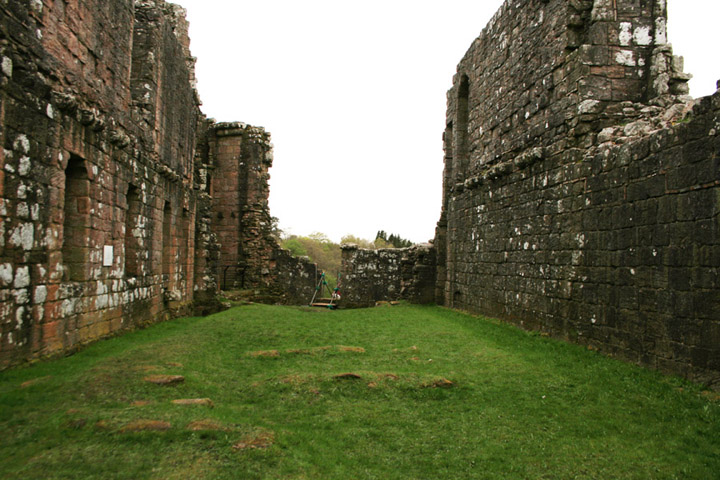 At the south-eastern corner of the castle less than half of the round tower still stands, which gives an interesting cross-section effect. 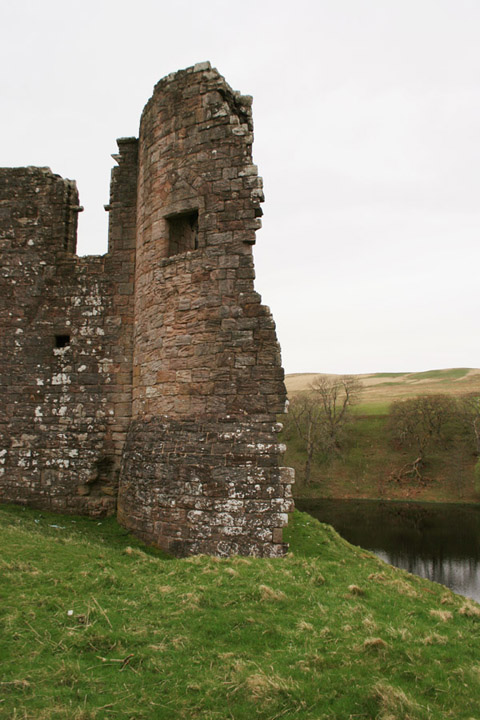 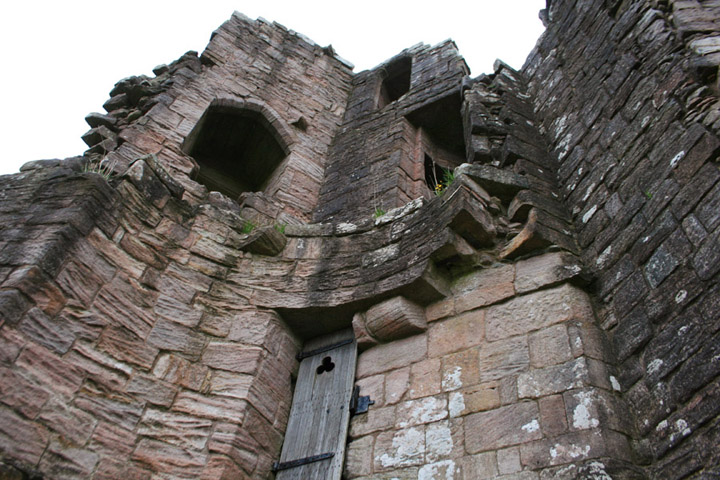 Originally there would have been a wall to to the north (on the loch side) enclosing a courtyard behind the main block, but no evidence of this remains, the promontory sloping off sharply towards the loch below, and the walls long since fallen, although the remains of one can be seen jutting out of the hall’s wall. 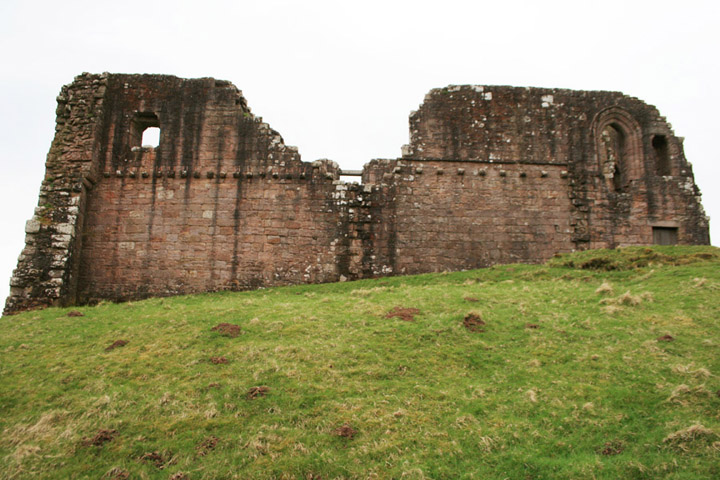 One of the conditions of the Treaty of Berwick in 1347 was the destruction of Morton Castle (and twelve other castle along the Nith valley). The lands later passed to the Earls of March, who are thought to have rebuilt the castle early in the 15th century. In the mid 15th century Morton Castle was given by James II to his brother-in-law, James Douglas of Dalkeith (later created Earl of Morton, although the Morton in question was actually lands in Midlothian).

Henry Scott, the 3rd Duke of Buccleuch, inherited the Dukedom of Queensberry in 1810, and with it Morton Castle. It is still owned by the Duke of Buccleuch today, and is maintained by Historic Scotland.

Where is Morton Castle?

Morton Castle is in the parish of Morton and the county of Dumfriesshire.

The Castles of South-West Scotland