Standing on an island in Loch Laggan are the remains of a castle reputed to have belonged to King Fergus.

Legend has it that this was a hunting lodge frequented by King Fergus, who is reputed to be buried under a mound on the shore of the loch across from the island. The neighbouring smaller island, Eilean nan Con (island of the dogs), is supposed to have been used to house the king’s hunting dogs.

However it is probably more likely that the present ruins represent a building of late 15th or early 16th century date, a carved cupboard panel of c.1500 having been found on the site.

The ruins comprise of the south-east section of a rectangular building which may once have measured around 28.0m north-east to south-west by around 5.0m across internally. The walls are constructed of mortared rubble and are around 1.6m thick, rising to a maximum height of 3.3m.

A doorway measuring around 1.1m across was secured via door slots and bar-holes and probably reached by an external wooden staircase.

Where is Loch Laggan Castle?

Loch Laggan Castle is in the parish of Laggan and the county of Inverness-shire. 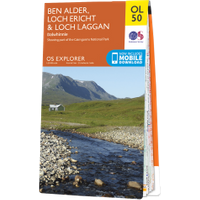 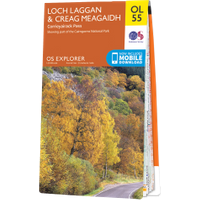