Standing on a natural island just off the north-west shore of Loch an Eilein, deep in the Rothiemurchus Forest, Loch an Eilein Castle started out as a hall house, probably built early in the 13th century by the Bishop of Moray.

The hall house occupied the south end of the island, and during the second half of the 14th century a tower was built by Alexander Stewart, Earl of Buchan – better known as the Wolf of Badenoch – at the north end. The island is said to have been connected to the shore by a zigzag causeway.

The new tower measures around 10m by 8.5m and has walls 1.8m thick. Originally it would have consisted of a vaulted basement, a great hall on the first floor, and a chamber above. The east, south and west walls are largely intact, and seem to stand to the top of the first floor level. However the north wall has fallen and is in a bad state of repair. 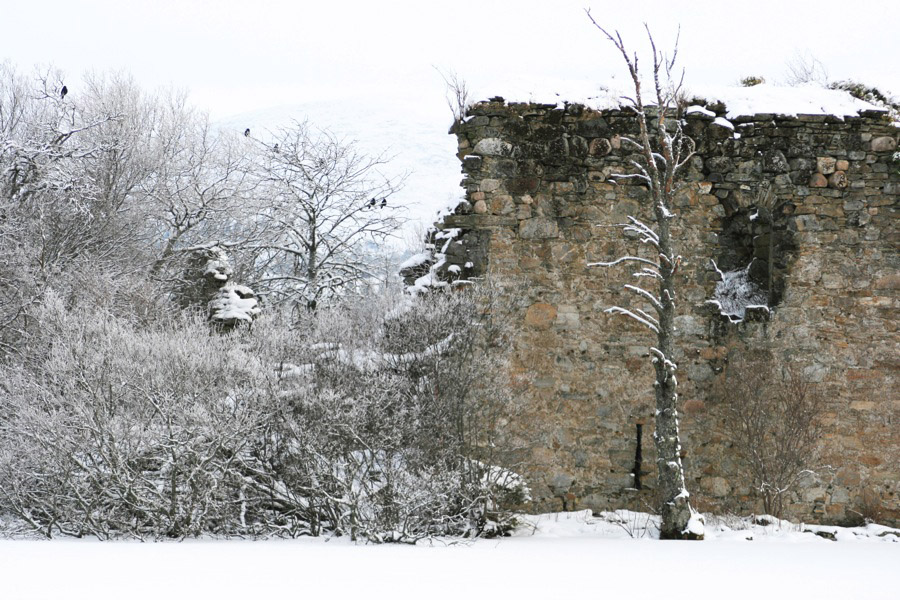 The lands of Rothiemurchus seem to have been in Clan Shaw hands since Shaw Mac William acquired them from the Bishopric of Moray in 1236. The Earl of Buchan somehow took possession of Rothiemurchus during the 14th century, but before his death in 1405 the lands once again belonged to the Shaws and their Mackintosh cousins.

Alan Ciar Mac Iain Mackintosh was allied with Archibald Douglas, the 5th Earl of Angus, the Lord Chancellor who held the young James V almost in imprisonment. This involvement led to Alan Ciar being fined for treasonable acts, and he was forced to sell Rothiemurchus to George Gordon, later the 5th Earl of Huntly, to pay his debts.

On the 14th of July 1567, John Grant, 4th of Freuchie, bought the lands of Rothiemurchus from Huntly, and they remain in Grant hands right to this day. John Grant’s second son, Patrick Grant of Muckerach, received the lands of Rothiemurchus some time before 1572, and in 1600 he built a curtain wall between the old hall house and the keep to increase the castle’s defensiveness. The main entrance to the castle is in the centre of this wall.

In the late 18th century the water level of Loch an Eilein was raised during the course of estate works, shrinking the island and covering the causeway. Today the castle is an inaccessible ruin, and is home to nesting ospreys.

Where is Loch An Eilein Castle?

Loch An Eilein Castle is in the parish of Duthil and Rothiemurchus and the county of Inverness-shire. 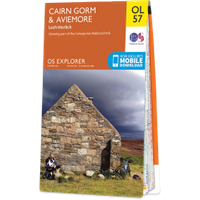 Directions to Loch An Eilein Castle

Weather at Loch An Eilein Castle

Castles near Loch An Eilein Castle

Accommodation near Loch An Eilein Castle