Kilduthie was a 13th century castle however nothing of it now remains and its exact location has been lost.

In 1247 Alexander II granted land at Culter, Tulimacboythne and Ardboik to Robert de Wachehop or Wauchope, son of Alan de Wachehop. A Wauchope heiress married a Comyn of Inverallochy and the aforementioned lands seem to have passed into that family.

I have seen references to Robert the Bruce’s supporters having attacked “the new castle of Tolibothwell” in 1306, with one source giving the date of the 27th of March and a location to the south-west of Aberdeen. This would seem to be a conflation with Tullibody Castle, and earlier form of which was Tolibothwell, which was attacked on the 27th of March 1306. Incidentally Tullibody was a possession of the Lindsays of Wauchope early in the 13th century.

In 1324 or 1325 Alexander Burnard received from Robert the Bruce a grant of lands that had been forfeited by the Comyns, namely the barony of Tullibothil in Kincardineshire and the barony of Little Culter in Aberdeenshire. These lands may have returned to the Comyns as in 1359 David II inspected and confirmed an earlier charter by William Comyn, Lord of Tolyboyf and Little Coulter, to William of Meldrum, son of John of Meldrum, lord of Meldrum, of a half davoch of lands in the barony of Tolyboyf. It’s also possible that this earlier undated and lost charter pre-dated the Comyns’ forfeiture.

Kilduthie is marked on Pont’s late-16th century map of Lower Deeside as a castle named Kildutthy however by the time of Roy’s mid-18th century map of the Highlands it is shown as a small settlement named Kildathy perhaps suggesting that the castle was no longer standing at that time.

I have placed the site of the castle at Kilduthie pending further research.

Kilduthie is in the parish of Banchory-Ternan and the county of Kincardineshire. 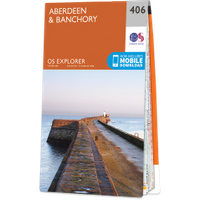 The family of Burnett of Leys