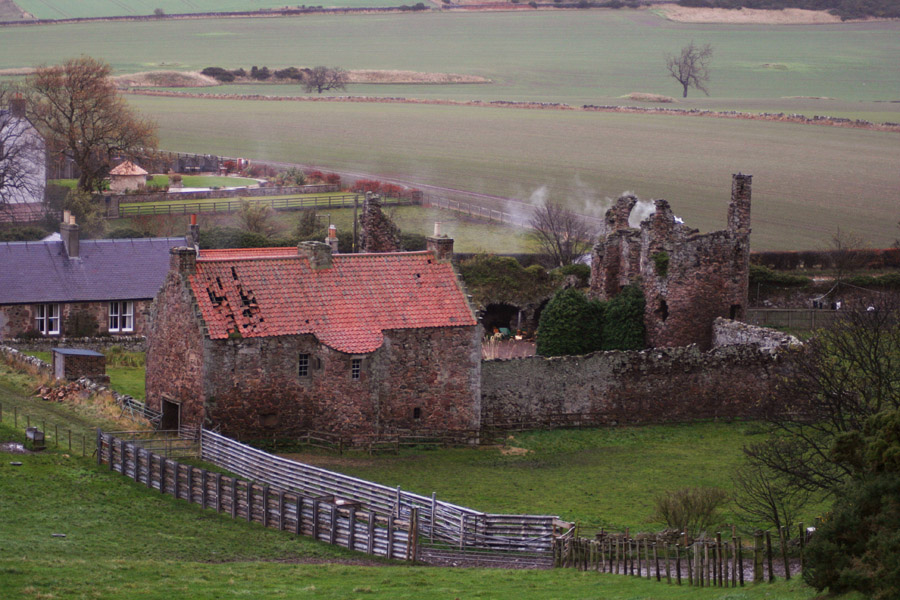 Garleton Castle is an interesting example of a courtyard castle, and originally consisted of three accommodation blocks within a curtain wall.

It is one of a chain of castles stretching from Luffness Castle on the coast at Aberlady through Ballencrieff Castle, Byres Castle, Garleton Castle itself, Kilduff Tower (now gone), Barnes Castle, Athelstaneford Castle (also gone) and Markle Castle.

Built in the 16th century, the present castle almost certainly replaced (or incorporated parts of) an earlier tower built by the Lindsay family, which was possibly the place of birth of the poet Sir David Lindsay of the Mount in 1486. The Lindsays also owned Byres Castle nearby.

After the Lindsays the property was briefly owned by the Towers of Inverleith, but they sold it to the Seton family. Sir John Seton of Barnes, a diplomat at Philip II of Spain’s court and later James VI’s Treasurer of the Household and a Lord of Session who died in 1594, was probably responsible for building the castle which survives today. It may have used stone from Byres Castle, which was probably destroyed in 1548.

The site consists of a rectangular courtyard measuring approximately 40m north-south by 30m east-west and enclosing about a third of an acre. It would have been defended by a curtain wall which in turn would have been surrounded by a ditch.

At the north-east corner of the site was an L-plan tower house with the main block arranged east to west and measuring around 18m in length, and a wing projecting around 13m to the south.

The basement consists of three vaulted chambers, now below ground level, above which are thought to have been a further three storeys. At ground level are a number of gun loops. Built onto the wing is a large, circular tower measuring around 7m in diameter.

The tower house is now a substantial but precarious-looking ruin, rising to a height of around 10m, and peppered with window openings. 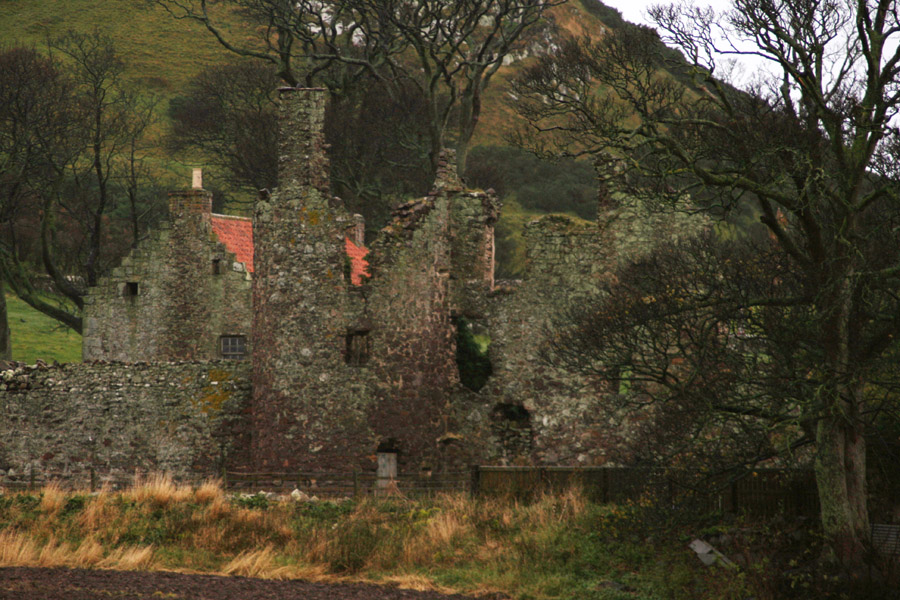 At the south-west corner of the site was a hall house, the basement of which was vaulted and consisted of two rooms. One was a kitchen with a wide-arched fireplace, while the other room features a canopied fireplace. 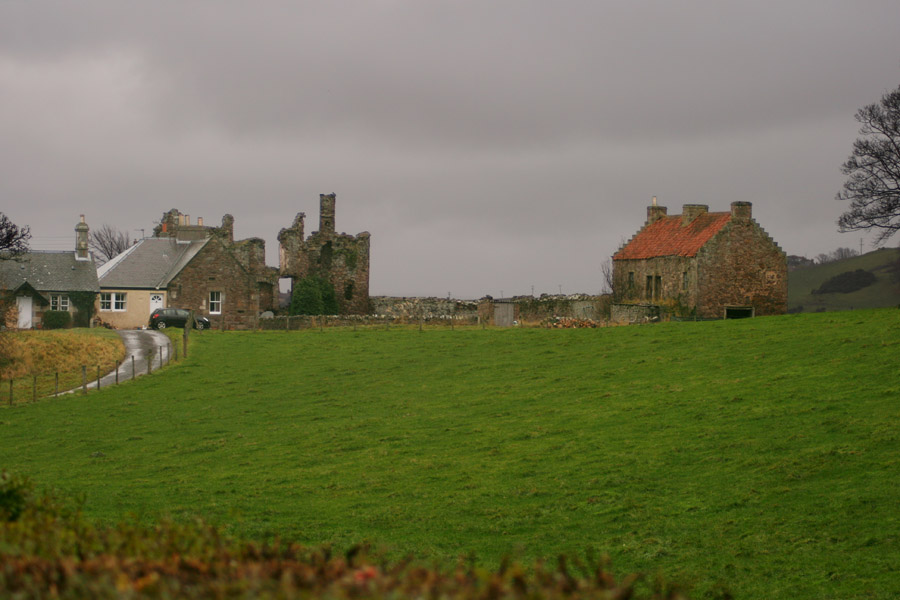 Access to the main hall above was via a round stair tower in the middle of the south wall. Gun loops provided defence for the hall house. Wemyss used stone from the site to remodel this building, although the vaulted basement, stair tower and gun loops remain. It was latterly used as a farm steading.

At the north-west corner was another building thought to be largely similar in size and design to that at the south-west corner. This corner is also the likely location of a gatehouse into the walled enclosure, with a bridge crossing the ditch.

In the 19th century this block was replaced with new cottages also built from the castle’s stone, incorporating gun loops from the previous building as a decorative feature.

Garleton Castle is in the parish of Athelstaneford and the county of East Lothian.

bed and breakfastNorth Berwick
9.7km away