Fyntalloch or Fintalloch may have been the site of a tower however nothing of it now remains and the history needs to be researched further.

The lands of Fintalloch made up part of the Balliol family’s Glenkens estates which were forfeited early in the 14th century and absorbed into the Crown’s ownership by Robert the Bruce. In 1369 David II created Archibald Douglas, 3rd Earl of Douglas and known as Archibald the Grim, the first Lord of Galloway and granted to him all the royal lands between the Rivers Nith and Cree. These lands were primarily made up of the former Balliol estates.

In 1455 James Douglas, 9th Earl of Douglas rebelled against James II and Fintalloch was included in a list of forfeited Douglas estates. Fintalloch is said to have passed to the Stewart family upon the marriage of Elizabeth Douglas, daughter of the Sheriff of Teviotdale, Archibald Douglas of Cavers, to Sir Alexander Stewart of Garlies later in the 15th century. Their third son, Archibald, parson of Kirkmaho, is said to be the ancestor of the Stewarts of Fintalloch however a Thomas Stewart was in possession of the lands of Dunrod and Fintilauch in 1490.

At the very end of the 15th century Thomas Stewart’s son and heir, the marischal John Stewart, was in possession of half of the lands of Fyntelauch, Beauch, Clanriddir and Garnescheauch while the other half were let to Robert Colville and his son, James. Early in the 16th century the lands let to Colville were let to Alexander Hoppringill while the other half were held by Sir John Stewart of Mynto and later his son, Robert Stewart. In 1531 the King confirmed a charter of the lands of Fintalach, Beauch and Clonriddir to Archibald Stewart and his wife, Elizabeth Kennedy, which had been taken from Robert Gib in 1527.

Fyntalloch is marked on Gordon’s and Blaeu’s mid-17th century maps, based on Pont’s late 16th century work, as Fintilloch and O. Fintilloch respectively. In both cases it is marked with a simple circle giving no clues as to whether or not it was a castle, tower or and unfortified house.

In 1645 Archibald Stewart of Fintalloch was included in the committee of war for the Sheriffdom of Wigtown however in 1662 he was fined £1,000 for his Presbyterian sympathies and in 1685 provided shelter to two Covenanters, William Johnstone and John McIlroy or John Milroy.

In 1704 Thomas Stewart of Fintilloch was a Commissioner of Supply for the Shire of Wigtown however in 1712 he was charged over a debt of 1100 merks owed to John Macwhirter of Garriehorn. Thomas died in 1727 and later in the 18th century Alexander Agnew, an illegitimate son of Sir Andrew Agnew, 10th Hereditable Sheriff of Galloway, acquired the estate of Fintalloch along with several other properties in the area. By 1825 Fintalloch was part of the Penninghame estate which also included Penninghame itself and Castle Stewart and was bought by the MP James Blair in that year.

Fyntalloch is marked as a couple of buildings on Ordnance Survey maps of the 19th century however any remains seem to have been removed and the site now lies within woodland to the north-east of Knowe.

Fyntalloch is in the parish of Penninghame and the county of Wigtownshire. 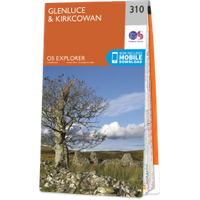 An abstract of the evidence, etc. etc.

William Stewart
London, 1801
Download
History of the Lands and Their Owners in Galloway (Volume 1)

Peter Handyside McKerlie
Paisley, 1906
Download
The Acts of the Parliaments of Scotland (Volume 9)

William Mackenzie
Kirkcudbright, 1841
Download
The History of the Sufferings of the Church of Scotland (Volume I)

bed and breakfastWigtown
21.2km away

bed and breakfastCairnryan
24.4km away