Foulis Castle is the seat of the Clan Munro and is largely an 18th century mansion house which is thought to incorporate earlier work.

There is said to have been a Tower of Foulis built in 1154. Later in the 12th century Cecilia Maule, daughter of Sir William Maule of Foulis, married Alan of Ruthven and they had at least three sons, Walter, Henry and Adam. Walter’s eldest son, Gilbert, renounced his right of succession to Foulis in 1262.

The first definitive mention of a castle at Foulis is in the 14th century, when it was known as the Tower of Strathskehech or Strathschech, taking its name from the River Sgitheach.

For many years it was thought that a mound within the castle grounds may have been the motte of an earlier castle, however archaeological excavations in 2011 and 2012 proved that it was actually Iron Age in date.

The Kingdome of Scotland
John Speed, 1610

The Munros supported the British Government during the Jacobite Risings, and as a result in 1746 the Jacobites attacked Foulis Castle and burnt it down. Sir Harry Munro, the 7th Baronet of Foulis, set about rebuilding his ancestral home, incorporating some of the earlier work which survived.

Foulis Castle is still the home of the Munro of Foulis family today.

Where is Foulis Castle?

Foulis Castle is in the parish of Kiltearn and the county of Ross and Cromarty. 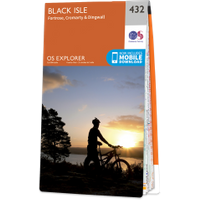