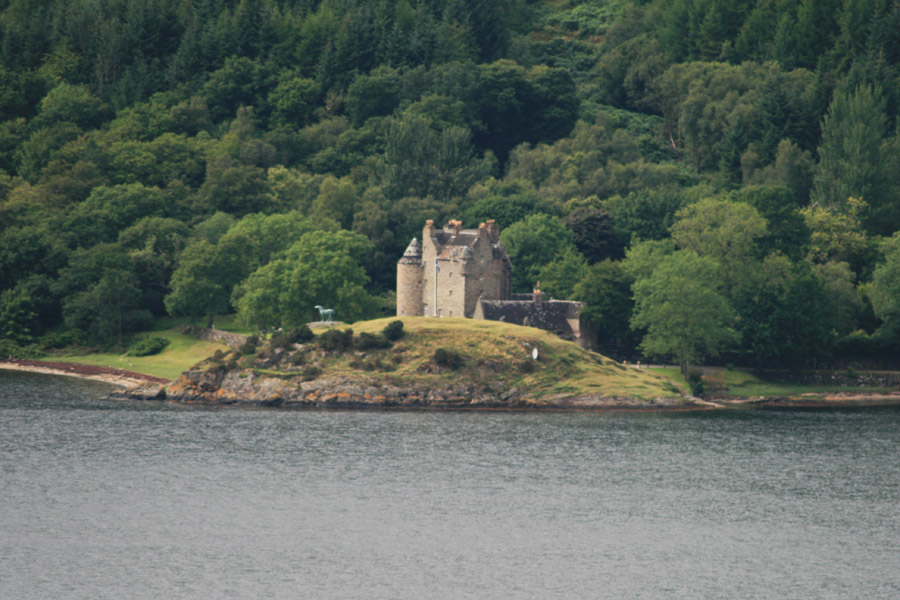 Dunderave Castle was built in 1598 as the seat of the MacNaughton clan chief, replacing an older castle in nearby Glen Shira known as Dubh Loch Castle. It stands in a fine defensive position, on a small spur of land jutting out into Loch Fyne.

It takes the form of a four storey L-plan tower house with a large round tower on the external angle. The round tower contains chambers, while a spiral staircase is enclosed in a small square tower in the interior angle.

The ground floor is vaulted, and one of the rooms originally had the opening of a well shaft in the floor.

In the early 20th century Sir Andrew Noble, the physicist and artillery pioneer, bought the Ardkinglas estate, which included Dunderave Castle, now in ruins. He commissioned Sir Robert Lorimer to restore the castle to its former glories, which he did magnificently, completing the work in 1912.

The castle is now in private ownership.

Dunderave Castle is in the parish of Lochgoilhead and Kilmorich and the county of Argyll.

bed and breakfastCarrick
14.9km away