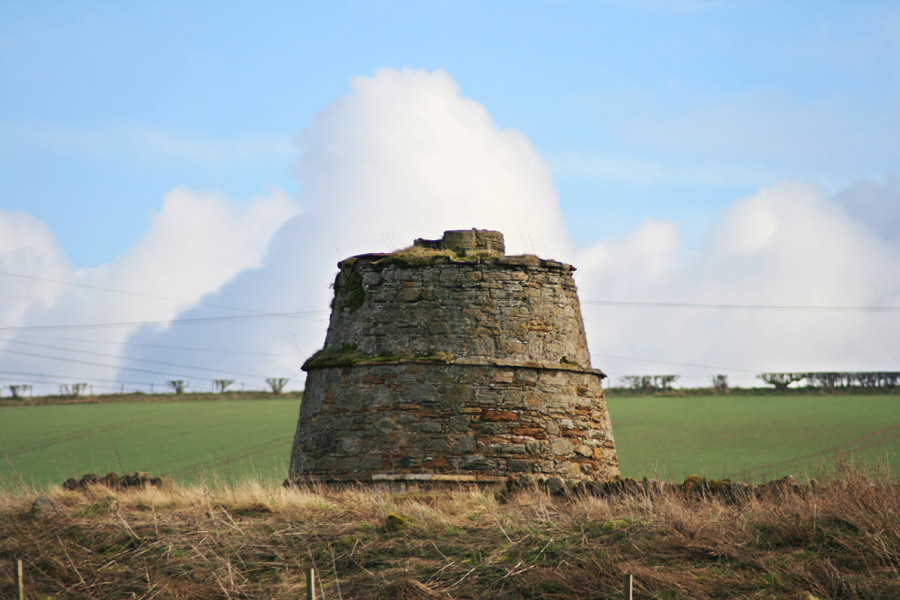 Dolphingstone is variously described as a 17th century house, mansion and castle. It is unclear whether or not this property was a defensive castle or a more residential property, but until I have investigated further I will include it here.

What is known is that in the late 17th century a large property was built on this site, oriented east-west. The ground floor consisted of a barrel-vaulted basement, with further floors above. The upper floors featured large windows, and the building was roughcast.

In 1914 the ruins of the building were still visible, with part of one wall and remnants of the barrel-vaulted basement still standing. Today none of the building remains, although a beehive doocot thought to be contemporary with Dolphingstone does still stand, at the edge of a walled plot which had the building at its centre.

Oliver Cromwell is said to have stayed at Dolphingstone at some point during his time in Scotland (1650 to 1651), however that doesn’t match with the late 17th century date given to the building which stood here. It’s quite possibly the case that an ancient castle here was superseded by, or incorporated into, a later mansion house.

Dolphingstone Castle is in the parish of Prestonpans and the county of East Lothian.

bed and breakfastPort Seton
3.8km away

bed and breakfastDalkeith
6.4km away