Culcreuch Castle is a 15th century tower house which was extended in the 18th century and is now operated as a hotel.

Culcreuch seems to have been owned since its earliest history by the Galbraith family. Originally their seat was the castle of Inchgalbraith on the island of the same name in Loch Lomond. The Galbraiths are thought to have been granted the lands of Culreuch, probably in the third quarter of the 13th century, by Maol Choluim I, Earl of Lennox.

Some time in the 13th century Sir Arthur Galbraith of Gartconnell became the sixth Chief of Clan Galbraith. Sir Arthur and his third son, Maurice, are thought to have been responsible for building Culcreuch Castle from 1296 onwards.

The castle stands at the foot of the western end of the Fintry Hills on ground sloping gently down to the Endrick Water. It’s a strategically significant position, controlling a glen which leads from Loch Lomond in the west to east central Scotland as well as the route north to the Forth valley.

Following Sir Arthur’s death, some time after 1310, Maurice Galbraith took ownership of Culcreuch and continued to work on it until 1320. His grandson, James Galbraith, 3rd of Culcreuch, became the clan chief in 1390 and at this time Culcreuch became the seat of Clan Galbraith (and would continue to be until 1624).

The oldest visible part of the castle is a late 15th century keep, although it seems likely that this may incorporate earlier work. Andrew Galbraith is on record as the laird of Culcreuch in 1472 and it may be that he was responsible for the construction of the keep.

Oblong on plan, it is aligned approximately north-east by south-west and measures around 12.3m by around 8.5m with walls some 1.7m thick. It rises to a height of three storeys plus a garret within a crenellated parapet, being around 12.7m to the top of the parapet.

The original entrance was at ground level at the north end of the east wall and led onto a narrow passage with a recess off each side to the north and south. The south recess contains an intramural chamber which is thought to have once housed a bottle dungeon.

Within the south recess is the lower portion of a spiral staircase which once led up to the first floor but now terminates at the ceiling of the ground floor.

Beyond the recesses was a door, secured by a sliding bar, which gave access to the basement. The entrance has since been covered over by a later extension and is now internal.

The basement consisted of two barrel vaulted cellars, both originally lit by slit windows although some of them have since been blocked while others have been opened out.

The two vaulted chambers are linked by a passageway which shows the massive thickness of the walls.

There may have been a main entrance at first floor level, accessed via a removable ladder or wooden staircase. Occupying the whole of the the first floor was the Great Hall, measuring around 8.8m by 5.7m. Originally there was a large fireplace on the north wall but this was later covered and superseded by a smaller 18th century marble fireplace in the south wall.

Within the south end of the west wall is a large ogee-arched aumbry.

At the north end of the same wall a later press has been created from an original intramural chamber, probably a garderobe.

The second floor was divided into two rooms with a garderobe in the thickness of the east wall of one of them. A small intramural chamber to the north of the garderobe was probably created from the space taken up by the original spiral staircase.

Access to the parapet was via the north-east corner of the attic level, and the floor of the battlement walk comprises of large overlapping stone slabs. The parapet is carried on chequered corbelling and is notable for having numerous drainage spouts.

Little seems to be known about the castle during the 16th century, however it appears on Pont’s late 16th century map of The East Central Lowlands as Kilcroich.

The last two Galbraith lairds of Culcreuch, John and Robert, were both in trouble with the authorities during the first quarter of the 17th century. Robert, the 11th laird of Culcreuch and the 17th and last Chief of Clan Galbraith, got into debt, fleeing to Ireland to escape his creditors, and in 1624 the castle was sold to Alexander Seton of Gargunnock, said to be Galbraith’s brother-in-law or cousin. Seton was married to a Marion Maule so it seems unlikely that he was a brother-in-law. He was appointed an ordinary Lord of Session in 1626 as Lord Kilcreuch.

Seton sold Culcreuch to Robert Napier of Edinbellie, one of the sons of John Napier of Merchiston in 1632. During the Royalist uprising which occurred in Scotland following the Civil War soldiers from the English army were garrisoned at Culcreuch in 1654. In Blaeu’s atlas of the same year the castle is marked as “W. Culcreuch”, suggesting either Wester Culcreuch or West Culcreuch although I haven’t yet found an Easter Culcreuch.

By 1721 Culcreuch was owned by John Napier of Culcreuch, 5th baronet of Merchiston. It has been suggested that he built a new wing onto the east side of the castle but this belief seems to mainly be due to the existence of a heraldic panel above the doorway of this new wing. It carries the date 1721 and the initials J.N. and M.L. for Napier and his wife Margaret Lennox of Woodhead.

However architectural historians believe the new wing to be late 18th century in date, suggesting perhaps that the panel was previously installed somewhere on the keep. Napier evidently carried out work on the old tower to improve it, as the south room on the second floor, now known as the Chinese Bird Room, features hand-painted Chinese wallpaper said to date back to 1723.

Despite having been marked on Blaeu’s mid-17th century map as Culcreuch the castle appears on Roy’s map of The Lowlands, published between 1752 and 1755, as Kilcroigh. It appears to be marked as a single almost square rectangle, perhaps suggesting that it hadn’t been extended by this time.

A sundial which now stands on the terrace in front of the castle but is shown on mid-19th century Ordnance Survey maps as located within formal gardens to the south-west of the castle and to the north-west of the loch. It is inscribed “IB CW 1753” but as far as I can tell there are no people with those initials connected to Culcreuch, suggesting perhaps that it was brought from elsewhere.

In the late 18th century, possibly in 1796, Colonel Robert John Napier sold Culcreuch to Peter Speirs, son of the wealthy Glasgow merchant Alexander Speirs of Elderslie, for a reputed £15,200. Speirs invested heavily in his new estate and the surrounding area, building a cotton mill and improving the local infrastructure.

It is thought to have been Speirs who extended the castle with the addition of a four storey wing to the east of the old tower, while at the same time larger windows were inserted into the keep. The new wing consisted of four storeys rising to the same height as the keep, with a new entrance created in the south wall of the wing.

The heraldic panel commemorating the marriage of John Napier and Margaret Lennox was reinstalled above this new entrance along with a second, perhaps older, panel above it which is so badly worn to be indecipherable but may contain a 17th century date, a pair of figures and some arms.

On John Grassom’s map “To the Noblemen and Gentlemen of the County of Stirling”, published in 1817, the castle once again appears as Culcreuch, and seems to have kept that spelling right through to the present day.

With the advent of steam power the water-powered mill on the estate was no longer considered reliable enough and the industry dwindled. By 1850 the mill had closed down and in the surrounding area unemployment increased and the population decreased. The Speirs family seem to have prospered however, and further wings were added to the castle during the 19th century giving the building a U-plan. A new fireplace was installed in the Great Hall of the keep around the mid-19th century.

Sir George Home of Blackadder, 10th Bt., married Ann Oliphant Speirs, the niece and heiress of the late Alexander Speirs, in 1858 and took ownership of the castle. Twenty years later he changed his surname to Home-Speirs.

In 1879 Home-Speirs employed John Honeyman to make further changes to the property, and it may have been they who were responsible for the north-east wing which features crow-stepped gables and a round tower with conical roof and a faux gun loop.

The last of the Speirs family, a daughter, sold Culcreuch to a Mr J C Dunwaters in 1890. He in turn sold it to a Walter Menzies in 1901 who passed it on to his son James Menzies who lived in it until his death in 1945. James’ widow, Ruth Menzies, continued to live at the castle until her death in 1975, when it passed to her nephew Hercules Robinson.

Robinson made some alterations to the castle during the late 1970s and offered tours of the building in an effort to attract visitors and establish it as a business. In 1984 Culcreuch was bought by Arthur Haslam and David Littlefair who developed the business along with Haslam’s son Andrew and converted the castle into a hotel. It continues to be run as the Culcreuch Castle Hotel today.

Culcreuch Castle is the seat of Clan Galbraith.

Where is Culcreuch Castle?

Culcreuch Castle is in the parish of Fintry and the county of Stirlingshire. 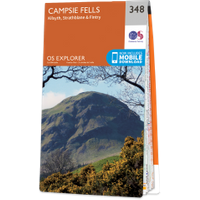 The Castellated and Domestic Architecture of Scotland Volume 5

bed and breakfastDrymen
10.0km away

bed and breakfastDunipace
12.9km away