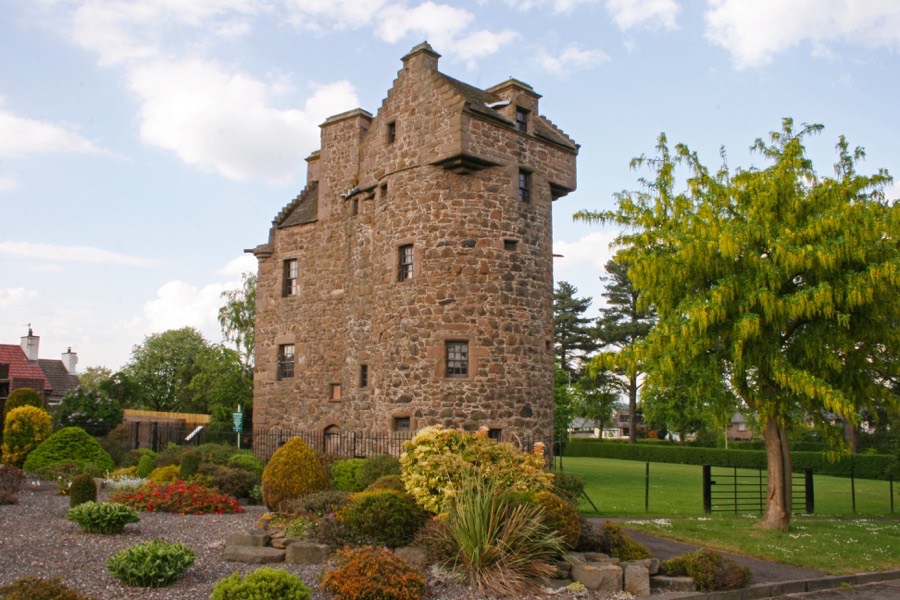 Claypotts Castle is a fine example of a Z-plan tower house, albeit on a small scale.

Built between 1569 and 1588 by John Strachan, it consists of a main rectangular block flanked by round towers at the south-west and north-east corners. This construction allowed defenders in the towers to fire at aggressors attacking the rectangular tower. 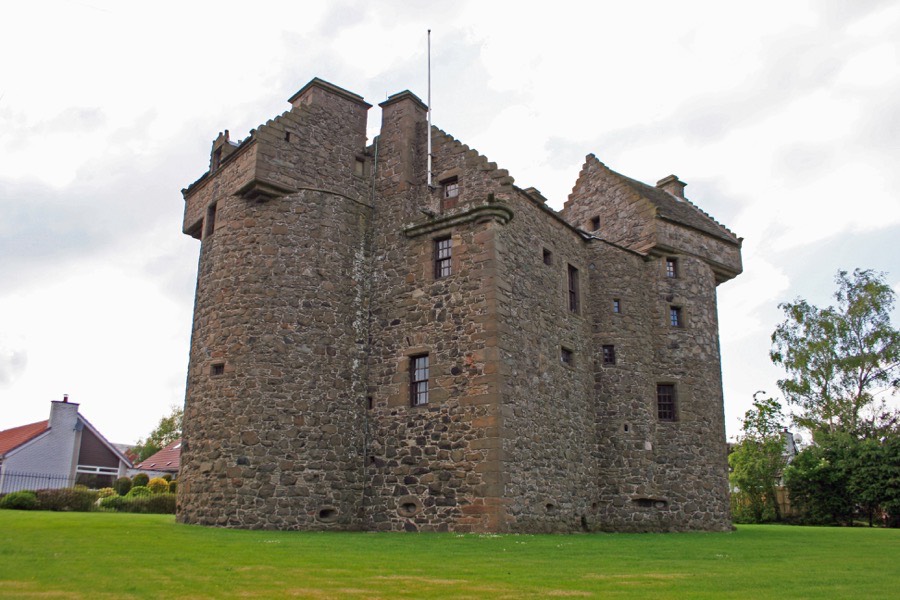 The central tower consists of three storeys with a garret on top. The round towers also have three storeys, and are distinctive due to the square garrets perched on top of their round bases. 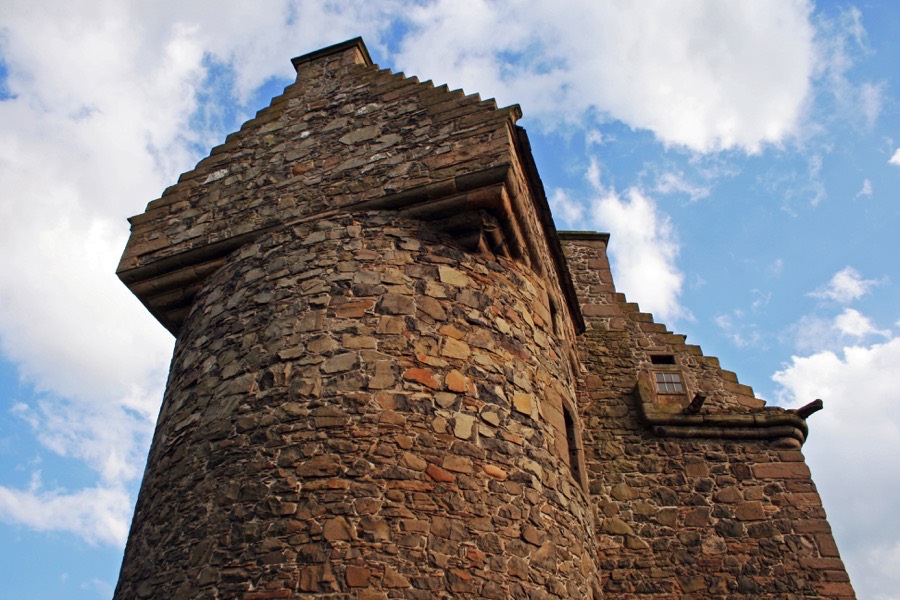 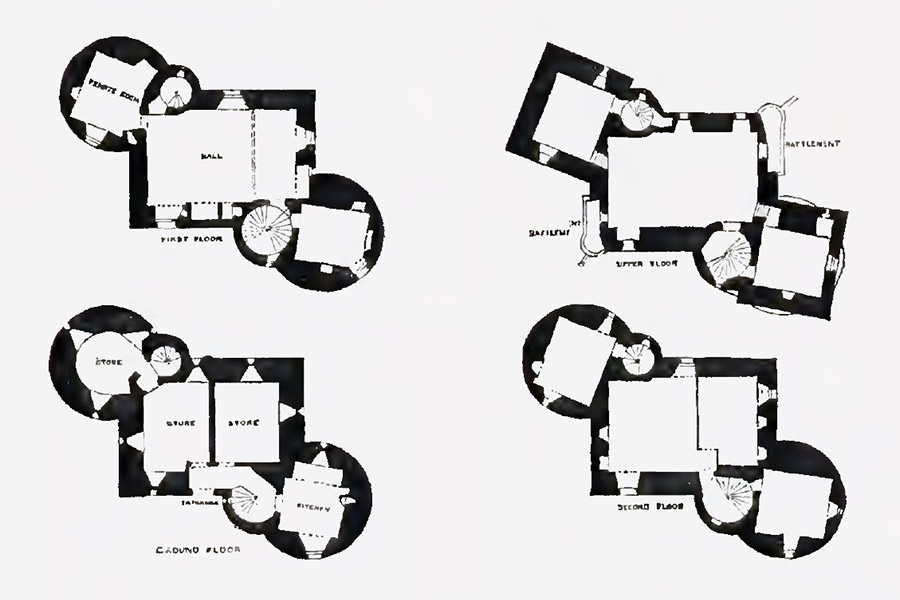 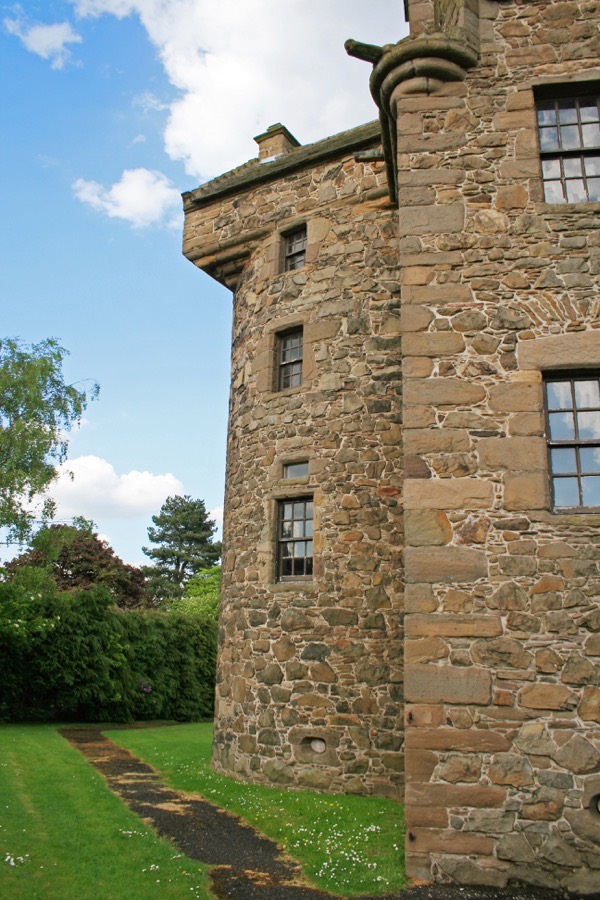 In 1678 Claverhouse’s grandson, John Graham of Claverhouse, the famous “Bonnie Dundee”, inherited Claypotts, but following his death at the Battle of Killiecrankie the estates were forfeited to the Crown.

William III granted the Claverhouse lands (including Claypotts) to James Douglas, the 2nd Marquess of Douglas in 1694, who is thought to have leased the castle to tenants.

When Lucy Elizabeth Montagu-Scott (whose mother was a Douglas) married Cospatrick Alexander Home, the 11th Earl of Home, Claypotts Castle passed into the Home (or Douglas-Home) family. Their grandson, Charles Douglas-Home, the 13th Earl of Home (and father of the British Prime Minister Alec-Douglas-Home), put the castle into state care in 1926.

Historic Scotland now maintain the castle, although the Douglas-Home family still own it.

Claypotts Castle is in the parish of Dundee and the county of Angus.

Grange of Monifieth (site of)

bed and breakfastBroughty Ferry
1.8km away