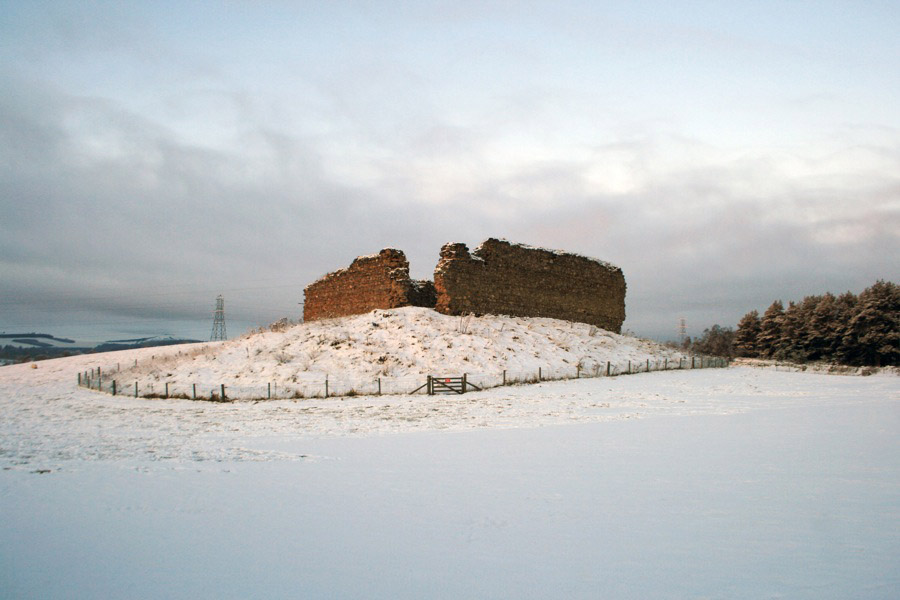 Not much is known about Castle Roy, which perhaps befits its rather simple construction.

It is said to have been built by the Comyns in the late 12th or early 13th century, and stands on top of a rocky mound rising around 4.5m above the level of the field in which it stands.

There is no evidence of a ditch around the bottom of the mound, however an archaeological investigation revealed that the ground was boggy in the past, offering a natural defence.

The castle itself is an almost rectangular parallelogram, with walls 2.1m thick enclosing a space of 24m north to south by 16m east to west. The walls still stand to a height of between 6.0 and 7.6m. 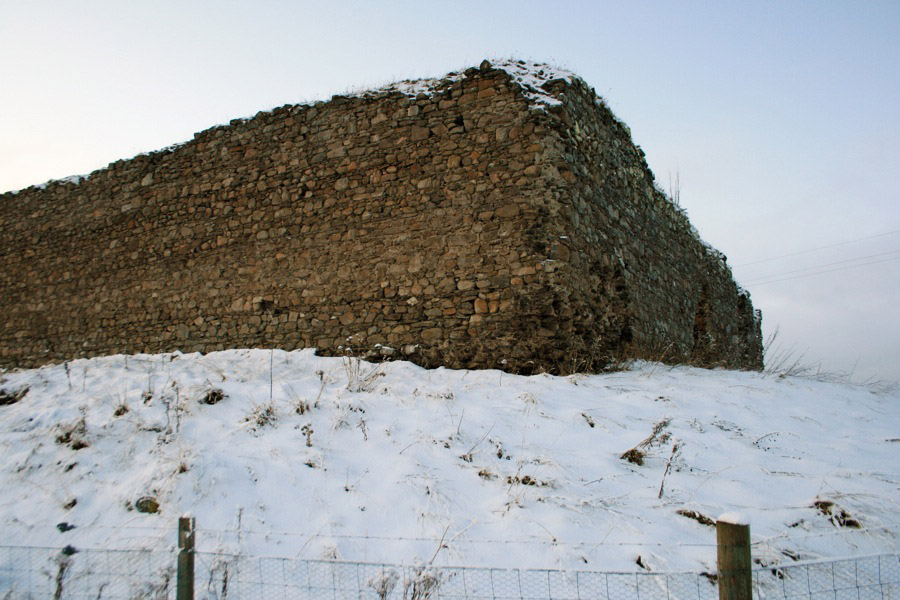 The entrance is via a 2.5m wide doorway in the north wall, with a pointed archway. 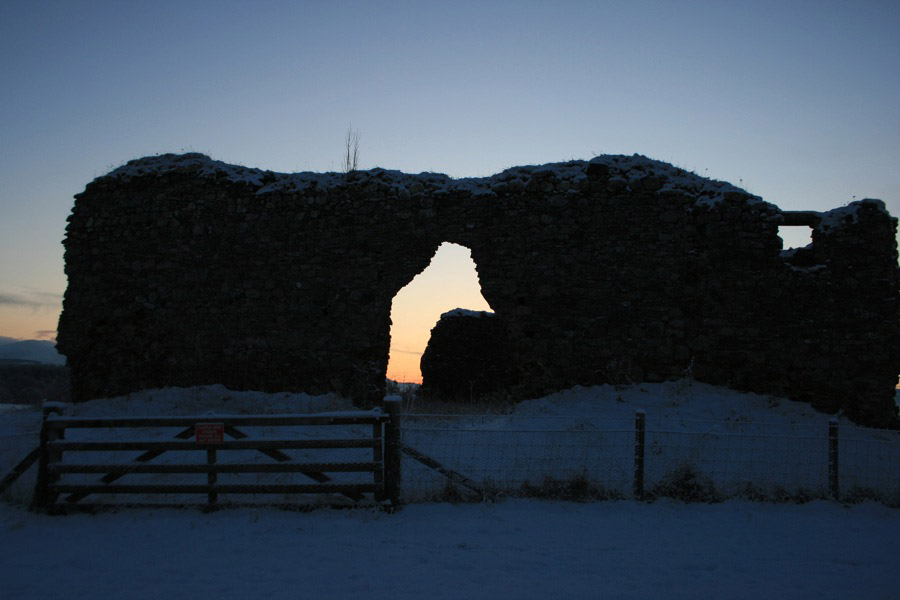 At the north-west corner of the castle is a small projecting square tower with a window next to it, also featuring an arch with pointed details. Both of these features are thought to be later additions. 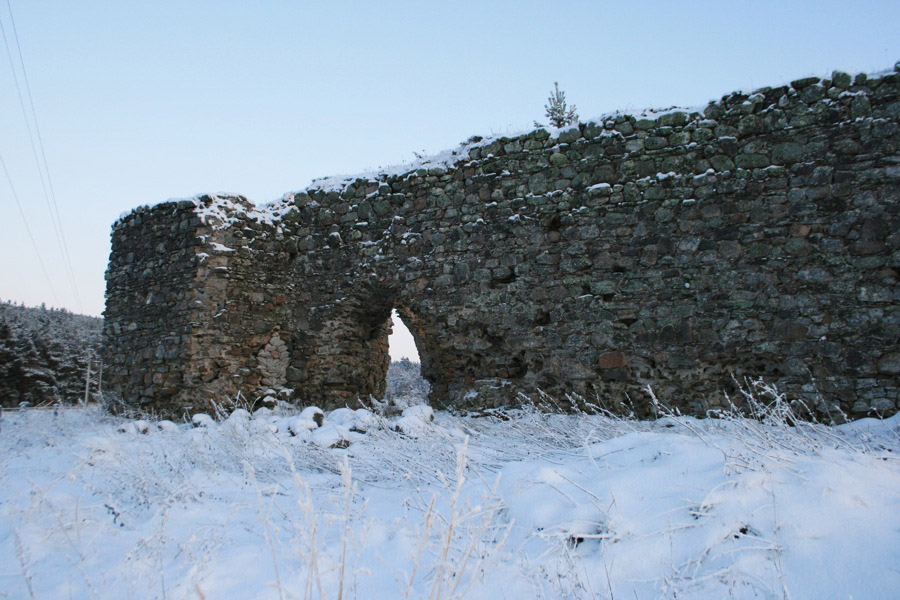 There is a large, broken opening at the south-east corner, which looks almost as if it was made in preparation for the addition of another tower, although there is no evidence of one having ever been built.

Inside the south-west corner there is a latrine recess at ground level, above which would have been a garderobe. But nothing now remains of any buildings within the interior of the castle.

Where is Castle Roy?

Castle Roy is in the parish of Abernethy and Kincardine and the county of Inverness-shire.

Scattered clouds
Weather observed at Grantown on Spey at 19:37

hotelSkye of Curr
1.1km away

hotelSkye of Curr
1.3km away

bed and breakfastGrantown on Spey
5.6km away

hotelGrantown on Spey
5.8km away

bed and breakfastGrantown-On-Spey
5.9km away

hotel, restaurantGrantown on Spey
6.7km away