Carnwath motte is a well preserved example of an early castle site, which now stands on part of Carnwath Golf Club.

The motte was built by the Somerville family, who came to this area of Lanarkshire in the 12th century. The Somervilles in Scotland were descended from Sir Gualter de Somerville, a Norman knight who arrived in England with William the Conqueror in 1066. Sir Gualter’s second son, William de Somerville, travelled to Scotland with David I in 1107, and some time after was granted the lands of Carnwath along with the title Lord Carnwath.

It is a substantial motte, some 9.0m in height, with a basal diameter of 40.0m narrowing to 9.5m at the top. The motte was probably built to defend an old ford that was once the only crossing of the Carnwath Burn. Originally it was surrounded by a deep ditch and an earthen rampart. Today the ditch is relatively shallow, and traces of the rampart can still be seen on the south-east side.

There are a couple of legends regarding the construction of the motte – one has it that it was created by packing earth around a central stone tower, while the other states that access to the top of the motte was via a tunnel and staircase within the motte itself. This second story is recounted in the Statistical Account of Scotland:

There is an opening on the top which has been the entrance of a rude turnpike sort of stair, that once reached to the bottom, but is at present filled up with stones and rubbish thrown in from time to time by young and idle people.

The Parish of Carnwath, by the Reverend Mr George Mark
The Statistical Account of Scotland, 1791 – 1799

In 1174 a later William de Somerville, grandson of the original William, was granted the lands of Linton in Roxburghshire by William the Lion, supposedly for killing a great serpent in the area.

Like many mottes, Carnwath probably fell out of use in the 13th or 14th centuries, and the Somervilles moved to one of their other properties, Couthalley Castle. Not far from Carnwath motte, it dates back to the 12th century and was rebuilt in 1375, which ties in nicely with the likely end of the motte’s useful life.

Close to the motte, under the present clubhouse, is the site of Carnwath House which is thought to have dated back to at least the 16th century and possibly earlier. Since Couthalley Castle was besieged and partially destroyed in 1557, it may be that it was at this time that Carnwath House was built.

In the 16th century the family’s attentions seemed to have move east, with Hugh Somerville, the 7th Lord Somerville, building a large tower house at Drum, just outside Edinburgh, in 1585.

He was succeeded by his brother, Gilbert, the 8th Lord, who is said to have entertained James VI with such extravagance at Couthalley Castle that he was forced to sell the Carnwath estates in 1603 to John Erskine, the 19th Earl of Mar.

The Earl of Mar subsequently sold the estate to Sir Robert Dalzell (later to become Lord Dalzell) in 1630. His son, also Robert, the 2nd Lord Dalzell, was created the 1st Earl of Carnwath in 1639.

In 1681 the Carnwath estate was sold to Sir George Lockhart, Lord Advocate and the second son Sir James Lockhart of Lee. The estate passed through the Lockhart family to Sir Simon Macdonald Lockhart of Lee, 5th Baronet.

In 1907 Carnwath Golf Club was founded on the estate and opened by Sir Simon’s wife Lady Lockhart on the 19th of June. Sir Simon became Honorary President of the club until his death in 1919. I believe that the land may still be owned by the Macdonald Lockharts via the Lee and Carnwath Estates. The motte stands just behind the first green.

Where is Carnwath motte?

Carnwath motte is in the parish of Carnwath and the county of Lanarkshire. 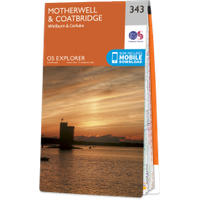 Power and Identity in the Middle Ages

bed and breakfastWishaw
16.6km away

bed and breakfastWest Linton
19.0km away