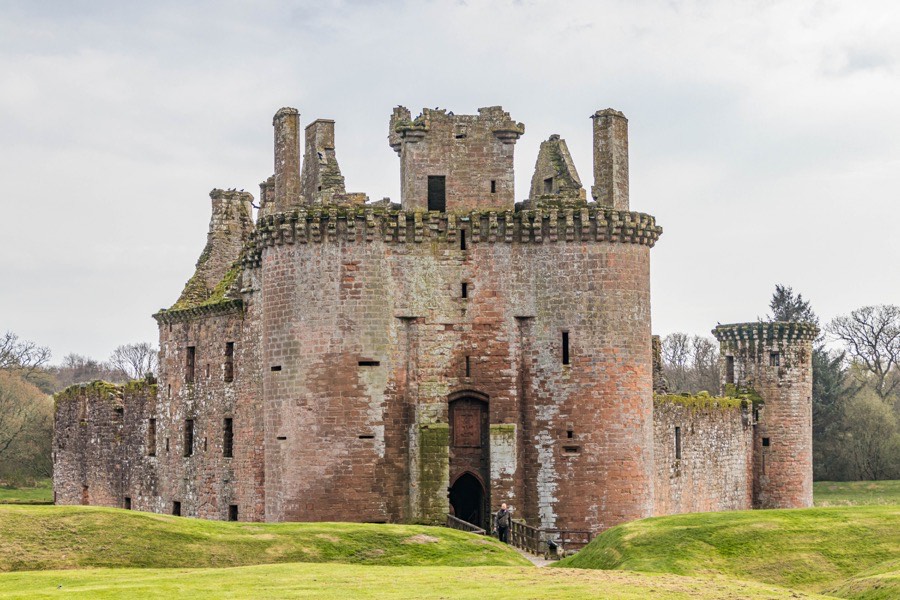 The castle is built on a highly unusual plan, being triangular in shape. It is surrounded by a wide moat, and outside that are a range of defensive embankments and ditches (some of which may date from the 17th century). 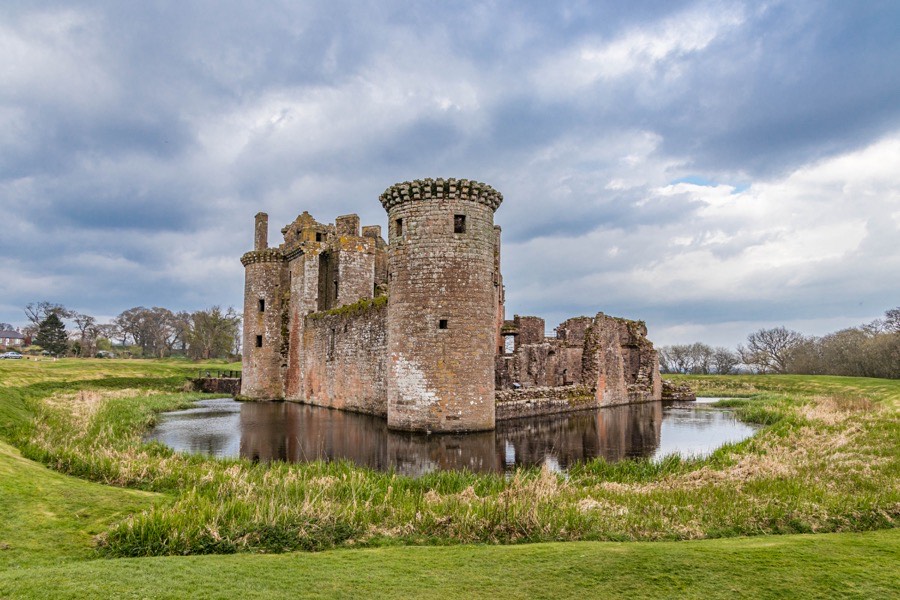 The entrance to the north consists of a small doorway flanked immediately by two large round towers. At the wider end of the castle are two further round towers at the south-east and south-west corners, with all four towers being connected by high curtain walls. 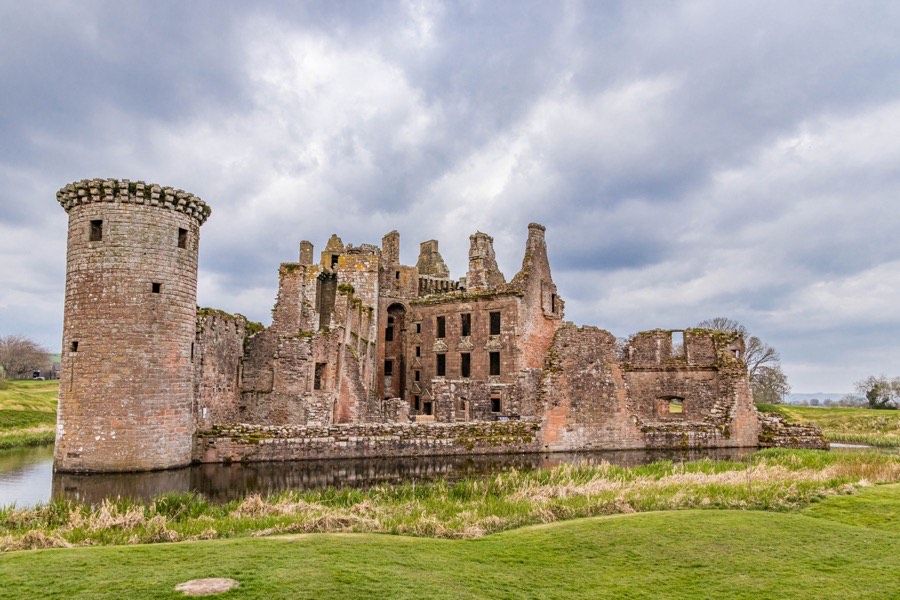 These walls enclose a courtyard in which are a range of buildings. Immediately behind the entrance is a tall gatehouse, which originally contained the Maxwells’ main accommodation.

The castle was added to and upgraded over the years, but the most impressive (and most obvious) addition was the “Nithsdale Lodging” built in 1634 by Robert Maxwell, the 1st Earl of Nithsdale. This magnificent Renaissance apartment block stands to a height of four storeys, and is embellished with ornate carvings over each window. 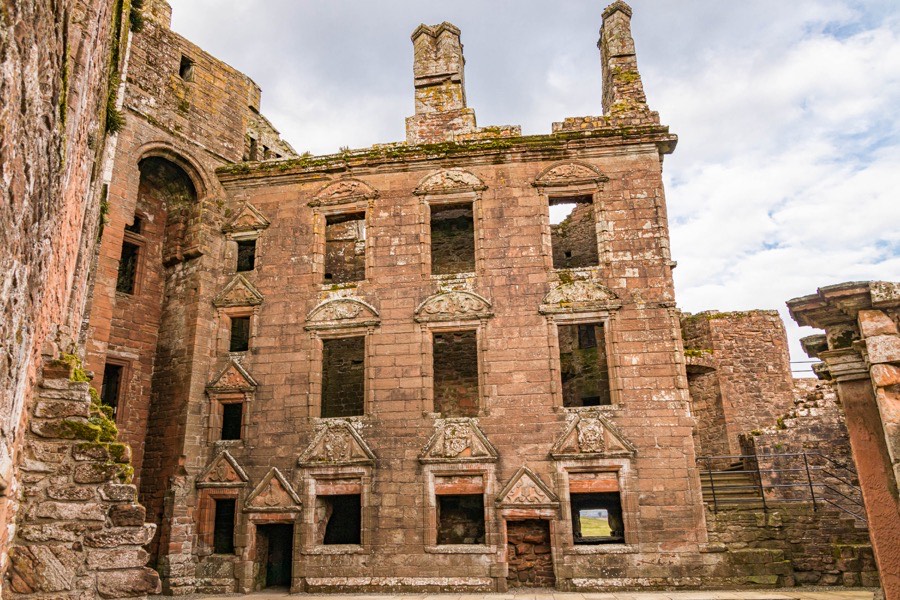 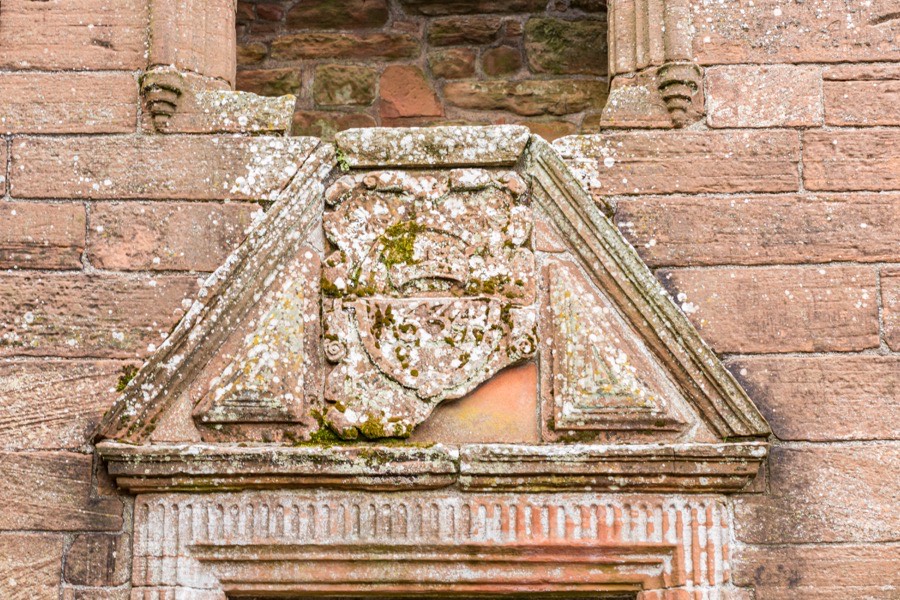 Throughout the castle there are beautiful Renaissance details, such as the grand doorway into the main hall. 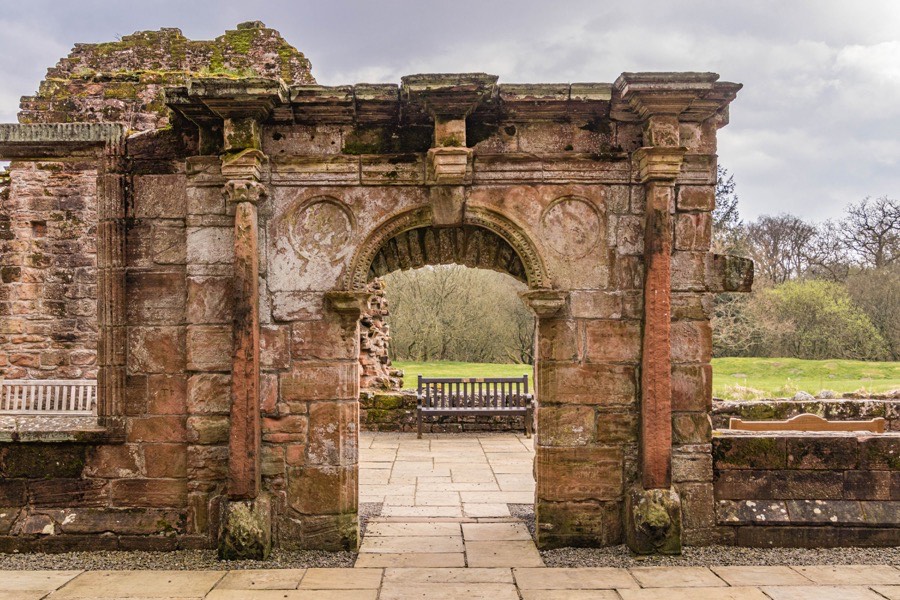 Caerlaverock Castle’s position close to the border with England meant that it suffered a turbulent history, including two sieges – the first in 1300 at the hands of Edward I of England, and the second in 1640 when Lord Maxwell, loyal to Charles I, held out against the Covenanters for 13 weeks. In the process of the siege the south wall of the castle and the south-east corner tower were destroyed, and following Maxwell’s capitulation the castle was never again occupied.

Caerlaverock Castle remained in the Maxwell family, passing to the Dukes of Norfolk through the marriage of Gwendolen Constable-Maxwell to her first cousin once removed, Sir Henry Fitzalan-Howard, the 15th Duke of Norfolk, in 1877. In 1946, a year after the Duchess of Norfolk’s death, Caerlaverock Castle passed into state care and is now managed by Historic Scotland.

Where is Caerlaverock Castle? 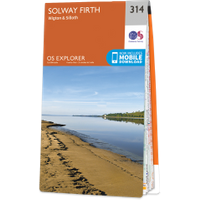 The Book of Carlaverock (Volume 1)