Ardlamont House is an early 19th century building however it may incorporate the remains of a castle of the Lamonts.

The estate of Ardlamont is on record in the early 14th century when it was owned by a family related to the Lamonts of Inveryne.

The Lamonts of Inveryne succeeded to Ardlamont in 1554 and around a century later, following the destruction of their castles of Asgog and Toward, they made Ardlamont their main seat.

“Lamonts new house” was mentioned in 1693 suggesting that the building was rebuilt or remodelled in the last quarter of the 17th century.

Ardlamont House passed out of the Lamont family in 1893.

Within the west wing of the current house is a strange fireplace arrangement which would appear to pre-date the rest of the wing.

Ardlamont is in the parish of Kilfinan and the county of Argyll. 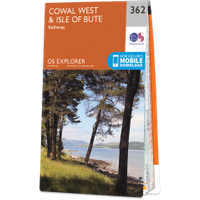 bed and breakfastTarbert
12.0km away