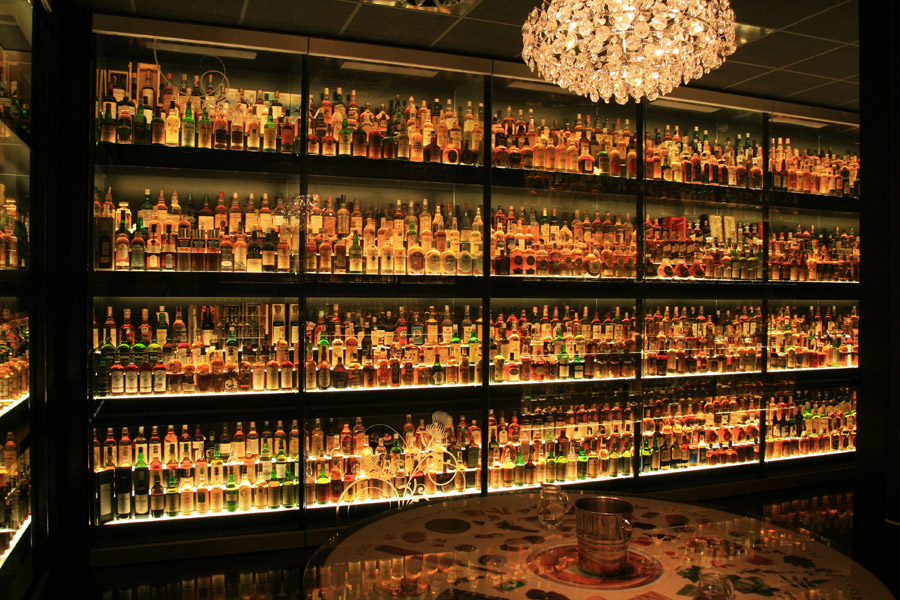 On a grey day in Edinburgh today, we headed to a place that perpetually basks in an amber glow.

My girlfriend gave me, well, us, a whisky tasting masterclass at The Scotch Whisky Experience for my birthday, and today was the day of the class.

We made our way up The Royal Mile to The Scotch Whisky Experience, getting there just before the opening time of 10am. We contemplated the novelty of drinking on a work day morning, and before long were met by our guide, Tom.

He took us through into the collection room, which houses the 3384 bottles of whisky collected by the Brazilian whisky enthusiast Claive Vidiz. Built up over the best part four decades, the collection was bought by Diageo for an undisclosed sum in 2008, and loaned to the The Scotch Whisky Experience the following year. It’s certainly quite a sight!

Over coffee and biscuits, Tom told us some of the history of the collection. The oldest whiskies are a blend bottled by James Buchanan in 1897, and a Dewar’s dating back to 1904.

There are plenty of familiar names in the collection, such as Dandie Dinmont with the characteristic image of the terrier on the bottle.

Along with the famous and vaguely familiar names, there are also many more obscure whiskies and bottles, such as ones with Henry VIII of England on the label.

From the collection room we proceeded through to the tasting room. In front of each us were set up four glasses of whisky and a glass of water. Between us we had ten numbered small glass jars, and sheets of paper with corresponding numbers.

We were asked to open each jar one by one, sniff the contents, and write down just two or three words to describe the smell. After all ten jars had been sniffed, we were given points for correctly identifying the aromas – two points, one point, or half a point depending on the accuracy of the match.

Next we moved onto the whisky tasting itself! The first whisky was a grain whisky from the North British Distillery, which was 60% alcohol by volume – quite a way to start the day! It was an interesting one to start off with, surprisingly nice and lighter than a single malt considering the alcohol level, and with a sweetness to it. But quite a punch.

Swirling the whisky around in the glass, we were shown how the grain whisky leaves just a thin residue as it slides back down the glass compared to the more oily malt whiskies. We were encouraged to smell the whisky (or, more properly, nose the whisky), and try to put our new-found descriptive powers to the test. Finally, we were allowed to drink it!

The next whisky was Johnnie Walker Double Black, a blended whisky that is allowed to mature in double-charred barrels to give it a smokier taste than most other blends. While pleasant enough, smooth and easy to drink (which is of course the point), I couldn’t help but think the flavour had “something missing”.

Next up was the Dalmore 12 Year Old, a wonderfully fruity whisky that has a definite hint of apricots to it. Quite dark in colour, I was expecting a smoky or rich caramel flavour, but it was the fruitiness that stood out. I can see myself getting a bottle of this in the not too distant future.

Bringing up the rear was the Bunnahabhain Toiteach, Toiteach is the Gaelic for “smoky”, and that is certainly what this whisky is. Made with heavily-peated barley, nosing this whisky delivers an overpowering smoky aroma, however the taste, while very smoky, isn’t as smoky as you might expect from the smell. There is an underlying sweetness that comes through, tempering the smokiness. This was my favourite of the four.

During the course of the tasting we were discussing favourite whiskies with Tom, and since my current favourite is the Talisker 10 Year Old he encouraged me to try the Talisker Distiller’s Edition when we moved through to the bar.

Distinguished from its close relative by being aged in sherry casks, this seems to have dulled the fire I associate with Talisker, taking the edge of it and producing a smoother taste. It was actually a slight disappointment for me as it wasn’t as good as the 10 Year Old, when I was hoping for my favourite to be surpassed. The silver lining though is that I prefer the cheaper option!

We were then taken upstairs to the café, bar and restaurant area, where, as Edinburgh residents, we were enrolled as ambassadors of The Scotch Whisky Experience, entitling us to discounts in exchange for helping to spread the word.

The Amber Restaurant seems a bit of an undersold gem. It can be visited independently of the The Scotch Whisky Experience tours, and as well as offering menus full of the finest Scottish produce, there is a bar stocked with over 200 different whiskies.

We then descended to the shop at ground level for a quick browse, resisting the temptation to buy any of the whiskies we’d just sampled!

Heading back out into the street, we paused to look at the building we’d just been in. It’s so easy to pass it on the way to the Castle without looking at it properly. Originally it was built as the Castle Hill School in 1896, designed by the architect Robert Wilson.

Since we were at the top of the Royal Mile anyway, we popped into the Castle for a quick wander before lunch. On the way in, we made a point of checking out our seats for the Edinburgh MilitaryTattoo. 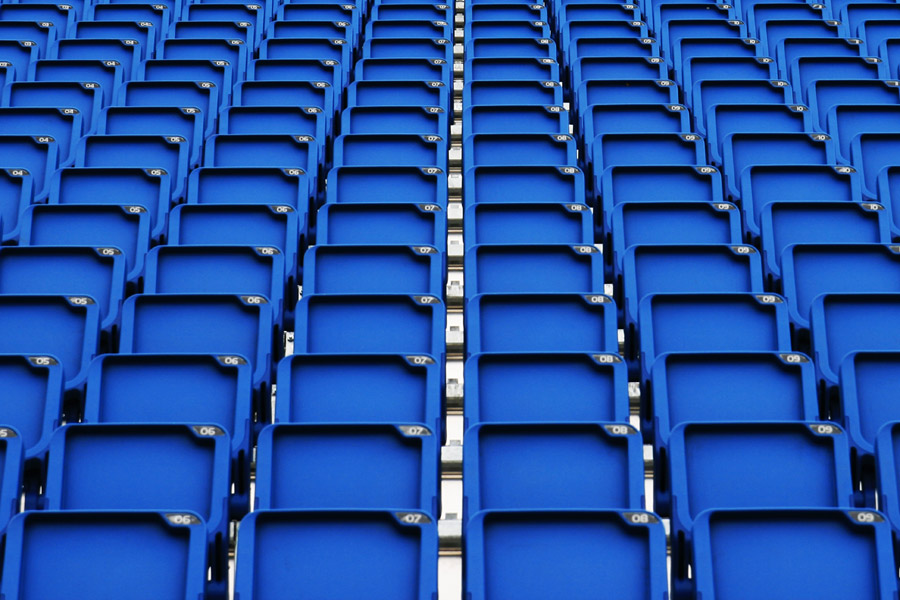 The view from the battlements is one that I don’t think I’ll ever tire of seeing.

With lunchtime fast approaching, and the hunger developed by numerous morning whiskies becoming more pressing, we set off back down the hill for home.