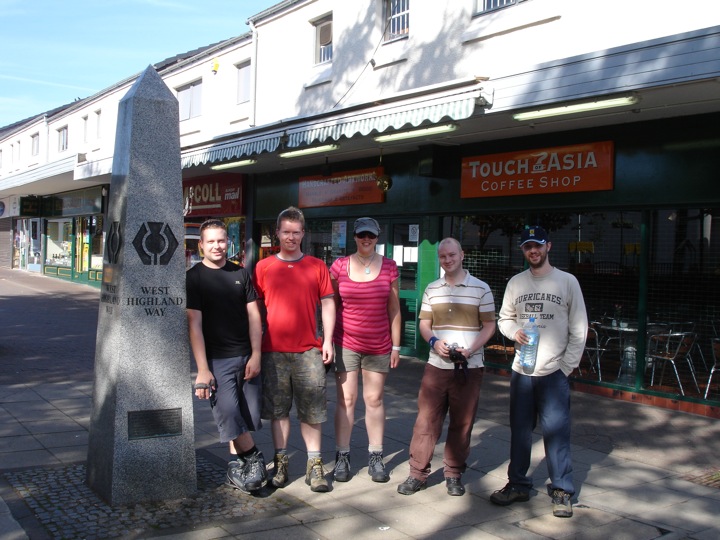 Even though I failed to finish the West Highland Way last year with infected legs, Gregor, Gail, Mark & Bruce were all still keen to do the walk this year. We set off by taxi for Milngavie to meet the guy from AMS who would be delivering our big bags to the places we’d be staying each night. So by 9:30 we were at the start of the walk, raring to go.

We made good progress along the Allander Water then onto the paths of Mugdock Wood, climbing up out of the urban environment to open moorland, fields and forestry plantations. 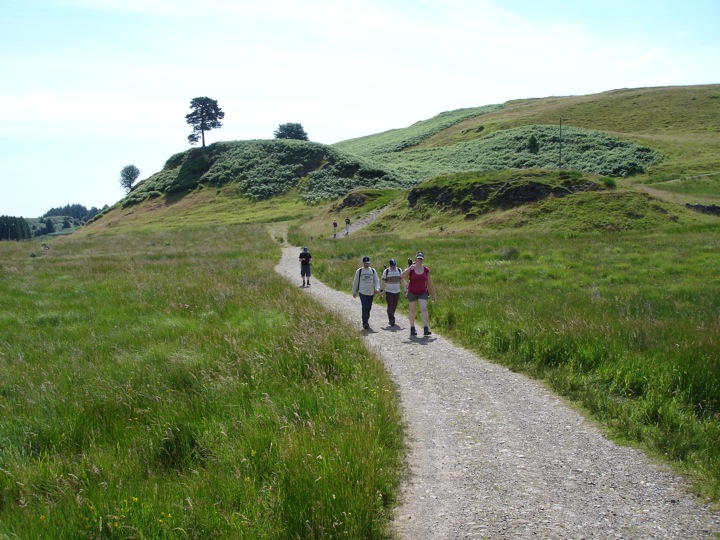 It didn’t seem long before we saw Dumgoyach rising in front of us – the first hill of any note on the West Highland Way. Beyond Dumgoyach we passed Dumgoyne, the last hill in the Campsies. Here the path follows the line of the abandoned Strathblane railway, and as such the route is very straight and rather unremarkable. Looking back does however give an idea how far we had walked by this point, with Dumgoyne‘s peaked summit visible at the end of the Campsies. 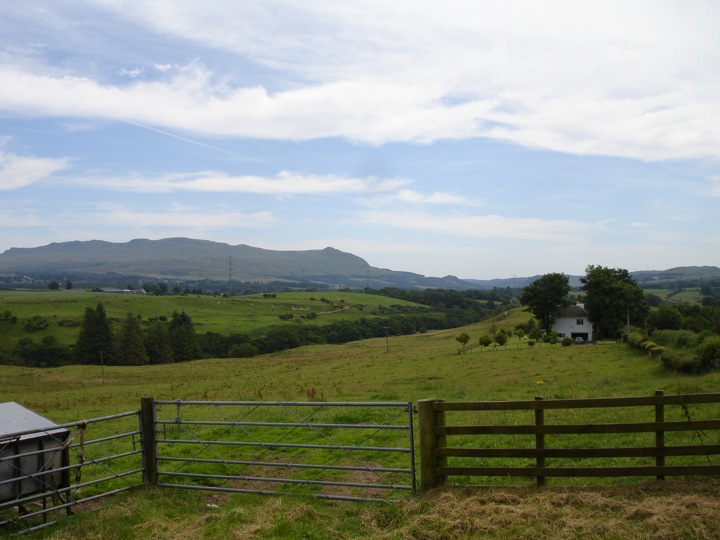 After a good break we set off out into the sunshine to finish off the last section for day 1. Everyone was pretty tired by now, and Bruce was suffering a bit with blisters on both feet, so the going was slower than earlier in the day as we made our way through the Queen Elizabeth Forest Park. Eventually we emerged from the trees to see Conic Hill looming in front of us. 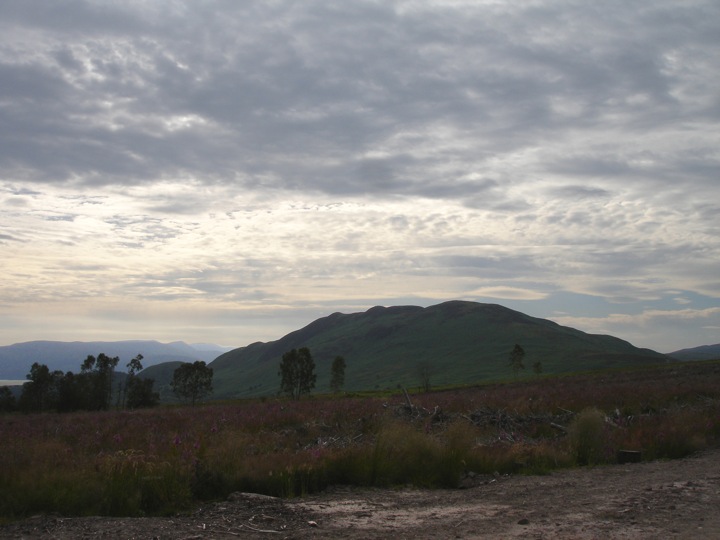 A couple of miles later and we were crossing the bridge over the Burn of Mar and starting the ascent. Progress over the hill was slow as we took plenty of breaks, but that only served to give us more time to appreciate the views, both back over where we had come from, and forward over Loch Lomond. 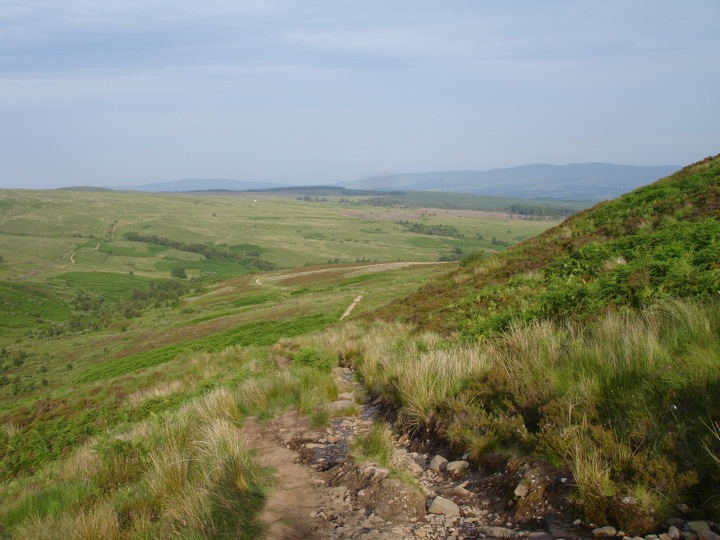 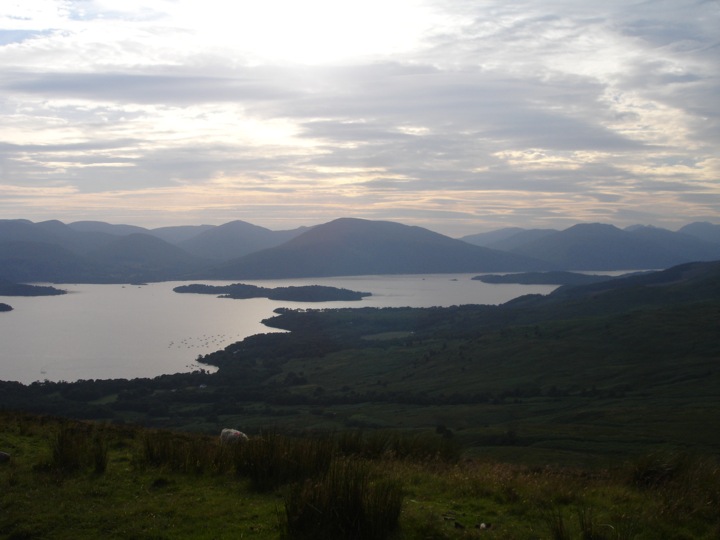 But after a last push we got to the bottom of the hill and crossed the car park into Balmaha, where the collective sigh of relief was almost audible as the Oak Tree Inn came into view. Unfortunately the slow pace in the afternoon meant we arrived after 9pm, and so the main kitchen was closed.

But all was not lost as we tucked into takeaway pizza sitting outside the Oak Tree Inn with a pint of blackcurrant & water and a pint of ale each – the standard West Highland Way drinks order! We sat outside for a few pints until the